Two next-door neighbors from Como Park sat together and watched the president’s State of the Union address. One family was a yard-sign Democrat, the other a yard-sign Republican, and neither had really spoken to the other prior to Jan. 25. The viewing party that brought them together was sponsored by No Labels, a national grass-roots movement that aims to unite Republicans, Democrats and independents for civil and civic-minded discussions.

“It was really interesting to see two families that would have very little common ground talk to each other the way neighbors talk to each other about issues that tend to polarize,” said Laurence Reszetar, a Twin Cities attorney and state leader for No Labels, sounding as proud as a new father.  Reszetar joined on early to No Labels, founded about a year ago in Washington, D.C., by Democratic fund-raiser Nancy Jacobson and Republican strategist Mark McKinnon. 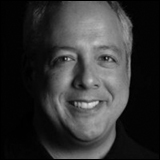 Nate Garvis, former government affairs vice president for Target with long involvement in state Democratic and Republican campaigns, is another No Labels founder. He recalls: “This thing started with Nancy Jacobson and I sitting in a booth at the Hotel Monaco in D.C. saying, ‘You have a daughter, I have two daughters. We don’t raise them in anger. What’re we going to do about it?’”

So No Labels got organized with a bi-partisan group of political operatives and insiders who believe that hyper-partisanship and dogma are death to the creation of solid public policy.

“We’ve created a very nasty political habitat in this country,” Garvis maintains. “The fact of that matter is that the design of our communications right now doesn’t just allow more access to information for everyone, it allows more access to information that you already agree with and then the anonymity of the technology allows us to say: ‘That’s not just a stupid idea, you’re a stupid person.’”

‘I’m just disgusted’
And it’s not just veterans like Garvis who are offended. Reszetar is 33 years old and grew up in a family that paid attention to politics (his mother worked in Washington, D.C., his father was in the military).

“I’m just disgusted about what I see on both sides. Governance by caricatures — I try to make you look as silly as I can,” he said.

Reszetar sees Minnesota as ripe for a No Labels movement. “There’s a pragmatism that exists in Minnesota that makes No Labels attractive to people here” he said.

According to the No Labels website, there are 400 Minnesotans who have signed the “No Labels Declaration” and there are two active clubs, one in Como Park, the other in south Minneapolis. A third club is getting organized in Edina with an introductory meeting set for Feb. 15.

Motivating this middle-ground of politics is tough. No Labels does not take policy positions nor does it endorse candidates. And its advocacy of civil discourse and compromise can sound like political pap. Opinion columnist George Will, writing after the No Labels kick-off event in New York in December opined, “The perpetrators of this mush want to instruct everyone else about how to speak about politics.”

Not so, says Garvis, who adds, “If you get rid of the anger can you still have the argument.”  Furthermore, No Labels claims, there are organizations on the left and the right whose very existence relies on the preservation of high-volume rhetoric without resolution.

Still, Reszetar acknowledges the middle hasn’t made it easy to get motivated. The extremes of what he calls the “four G’s” (God, gay rights, guns and gynecology) trigger a response and give supporters all the tools. “They make it very easy to plug in and go,” he said

No Labels appears to have the full arsenal of social media weaponry along with a roster of high-profile supporters like New York Mayor Michael Bloomberg, education reformer Joel Klein and Norman Ornstein of the American Enterprise Institute.

Garvis, Reszetar and others say the timing is right. Events in the Middle East and Africa highlight the importance of working to improve democracy, Reszetar says, “and it’s hard work [whereas] hyper-partisanship is the snack food of public discourse.”