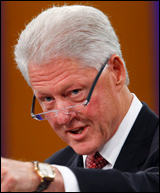 Now that Congress and the Obama administration have agreed to a stop-gap federal budget extension, a government shutdown has been averted — at least for the time being.

But the Republican-led House and the administration are still at loggerheads over longer-term budgetary policy, so it remains to be seen whether the specter of a shutdown will loom again once the current uneasy agreement expires later this month.

Fifteen years ago, as a similar political dynamic played out in Washington, the federal government did shut down, at least in part, when a huge policy divide separated a Republican-dominated Congress from President Bill Clinton. For his part, Clinton was unwilling to agree to the deep budget cuts demanded by his Republican adversaries. They, in turn, refused to agree to the budget extension needed to fund many federal functions during the final months of 1995. 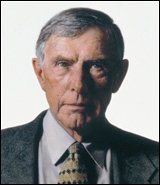 The result was a stand-off that prompted the partial shutdown on Nov. 14. Government offices re-opened a week later, when Clinton agreed to negotiate with congressional leaders over a plan to balance the budget in seven years. But the November agreement was only a stopgap, lasting until Dec. 15. Then, both sides locked horns again. The result was another partial shutdown that lasted through the Christmas holidays and into the new year of 1996. Sensing that poplar opinion was moving against them, the Republicans finally acquiesced to a budgetary extension plan that re-opened federal offices on Jan. 6.

GOP paid a political price
Eventually, the Republicans played a political price for what many viewed as their intractability. The shutdown boosted Clinton’s popularity ratings and helped lay the foundation for his successful re-election bid in 1996. But the Republicans did maintain control of Congress that year, gaining two seats in the Senate but losing nine seats in the House.

While many Minnesotans were frustrated by that earlier standoff in Washington, most were not directly affected by the partial shutdown that occurred off and on over a seven-week period in the mid 1990s. Social Scurity checks continued to reach Minnesota households, and many essential federal services were not interrupted by partial shutdown.

But hundreds of the state’s federal workers were furloughed and found that their paychecks were delayed just as the holiday season was getting under way. Ron Henke, an administrator with the Department of Veterans Affairs, spoke for many of them: “Employees are looking at Christmas, not knowing where to turn,” Henke told the Star Tribune. “They are being laid off, through no fault of their own, or because of a lack of work to do. People here want to work.”

The VA administrator reported that medical treatment was still available at the Minneapolis Veterans Medical Center, but that other agency functions were stalled.

Henke said that VA claims were not being paid and that pension and disability payments were not being sent out. If the shutdown continued, veterans might not receive their January checks, he predicted.

Furloughs at HUD
Patricia Mack, with the Minnesota office of the Department of Housing and Urban Development, said that 135 of her agency’s 143 employees, including herself, were being furloughed as a result of the shutdown. While she and most of her colleagues expected to get paid eventually, “it was very stressful to get the furlough word today and then be handed a stack of unemployment forms.”

“It’s the civil servant who is caught in the middle,” added Bill Crow, the Director of Federal Contract Compliance with the U.S. Labor Department. Crow reported that he and his staff, who monitor equal opportunity requirements for local federal contractors, were told not to report for work. “This is stressful because all of my employees are conscientious about doing their jobs and now, when they come back, they will have a lot more work piled up and less time to do it,” he said.

While furloughed federal employees were affected most directly by the shutdown, other Minnesotans, who had dealings with federal agencies, were beginning to feel the impact of the political standoff in Washington as it continued over a period of several weeks. Sandy Green, a local Realtor, reported that home buyers seeking FHA-insured mortgages were facing loan closing delays because their mortgage insurance applications were not getting processed. “It hadn’t even dawned on us, and we suddenly realized that we have this problem,” Green said. “In some ways, maybe the shutdown is beneficial — it makes us pay attention to what we are paying for and what our government does.”

In Bloomington, the Minnesota Valley National Wildlife Refuge was closed to visitors because of the budgetary impasse. Rick Schultz, the Refuge’s manager, reported that up to 3,000 people regularly visited the center when it was open. Now, he had been forced to cancel classes and meetings that had been scheduled for numerous community groups during the December holiday period.

More ripples in Minnesota
Even as the Clinton administration and Republican leaders were edging closer to a settlement in early January, the shutdown was continuing to have a ripple effect in Minnesota. Norwest Bank announced that it would extend repayment periods for furloughed federal employees who were having trouble making loan payments because their paychecks were being held up. Local HUD officials reported that their agency had enough remaining funds to pay Section 8 rent vouchers through the end of December, but there was some question about the status of the January payments.

At the University of Minnesota, researchers received a “stop work” order from the National Institutes of Health, which threatened to disrupt a clinical trial of AIDS patients.

The university was able to continue treating current patients in the $4 million-a-year program, but the federal order prevented it from enrolling new patients in the treatment program. “If things continue like this, we’ll have a problem,” said Ettore Infante, Senior Vice President for Academic Affairs. “We’re running a lot of federal money through here, not just for research funds and grants, but for Medicare and Medicaid.” Local university health officials, including Infante, estimated that about $200 million of the $280 million in federal funds they receive each year was affected by the shutdown.

Throughout the state, Minnesotans planning trips abroad found that they were getting entangled in the budgetary impasse. St. Paul plastic surgeon Frank Pilney had planned to lead his six-member medical team to Peru to perform reconstructive surgery on more than 100 children with birth deformities, but the trip was on hold because the team members’ passports were being held up as a result of the government closure.

Expensive ticket forfeiture
Kristin Peterson, a student at Holy Angels Academy in Richfield, was faced with the prospect of delaying her trip to the Ivory Coast in Africa and forfeiting her $1,792 non-refundable plane ticket because her passport was stuck in closed federal office in Seattle. “I’m very angry,” she said. “I will be 18 next year, and I get to vote. I’ll be paying very much attention to who I elect.”

Members of Minnesota’s congressional delegation, attuned to the anger of voters like Peterson, did what they could to justify their competing views of the budgetary standoff.

Fifth District Rep. Martin Sabo, a nine-term incumbent and a leading Democratic spokesman on budgetary issues, said that the shutdown was “one of the dumber things I’ve ever seen — and senseless. What it does is deprive people of needed services, treats federal employees unfairly and is not a way to negotiate.”

A remarkable freshman class
In profiling Gutknecht, the St. Paul Pioneer Press’ Bill Salisbury noted that the Minnesota congressman was a member of “the remarkable 73-member freshman class of House Republicans who are changing the course of government. They are convinced that the voters elected them — and swept the Democrats out of control of the House — to get government spending under control.”

Fast-forwarding to 2011, Salisbury’s words could very well apply to this year’s 83-member House Republican freshman class. Unless they acquiesce to a budget settlement, as their predecessors did, Minnesotans could face a prolonged budgetary stalemate that replays the events on the mid 1990s, but in even starker terms.

Rep. Sabo, who retired from Congress in 2007, made the following observations about then and now in an interview last weekend:

“I thought Clinton could have been more aggressive on deficit reduction but even if he had been, that would not have satisfied Gingrich. He was begging for a fight and he was looking forward to a confrontation. Gingrich had a very large ego, and he thought he could become the prime minister who superseded the president, but he overplayed his hand.

“We are in a new era now, and it is hard to know how the current budgetary battle will play out.”

Another standoff in Washington: Remembering the 1995-96 government shutdown