The bill has been widely derided by DFLers, school administrators and the state Department of Education since its introduction last week. It passed through hours-long committee hearings and was debated on the House floor past 2 a.m.

Like Gov. Mark Dayton’s budget, the bill would continue the delay of $1.4 billion in school aid from the new biennium into the following one. It also tinkers with program funding levels in a way that angers DFLers.

Democrats say the bill would unfairly redistribute funding from urban school districts — DFL strongholds — to rural districts. Two of the core arguments concerned a proposed voucher program that would allow low-income parents to send their children to private schools and a move that would take integration funding from large communities, or cities of the first class.

Integration funding, mostly used in Minneapolis, St. Paul and Duluth to transports students district-wide, would be nearly eliminated. State funding would cease for desegregation efforts in those areas, and the districts would instead rely on established local levies to continue programs. For most districts receiving this revenue, state aid — now dubbed ‘innovation funding’ — would remain frozen at 2011 levels.

Hours of debate centered on a measure included in the bill that would allow low-income students in underperforming schools to take their basic education formula aid from the state and apply it to private school tuition. A series of failed DFL amendments attempted to delete or weaken the language.

Rep. Tim Mahoney, DFL-St. Paul, criticized what he saw as resource stealing from large cities because the voucher program is only aimed at cities of the first class. He cited Local Government Aid cuts as another example. 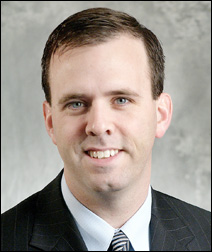 But Garofalo dismissed charges that he was politically motivated: “I can assure you, if I was targeting your city or cities of the first class, this bill would look far different than it does today,” he told Rep. Kerry Gauthier, DFL-Duluth, who also raised complaints.

DFLers also raised concerns about the bill’s restrictions on teacher tenure and collective bargaining. But Republicans responded in kind, saying the Democrats responded in the same way that such large unions as Education Minnesota would.

Garofalo also pointed to new funding in the bill, namely a state aid hike to charter schools and scaled increases in the per-pupil basic education formula from the current level of $5,124 to $5,250 in 2015.

Democrats throughout the night attempted to amend the bill at least 12 times. It eventually passed 68 to 59.

Although many details will be ironed out in conference committee with the Senate version, it will likely face a veto from Dayton, who issued a letter Monday warning lawmakers that he would send back finance legislation containing policy he didn’t support.

James Nord, a University of Minnesota student, is a MinnPost intern.