Republican legislators are taking little stashes of cash from all sorts of places as they put together their budget this week.

But one large issue is emerging: Some of the cash that the Republicans are using to balance their budget without raising taxes doesn’t seem to belong to them.

Monday night, for example, the House Transportation Policy and Finance Committee voted to take $69 million that had been raised, via a special sales tax, by five metro-area counties to be used for the expansion of the metro transportation system.

Go through that again, slowly.

Since 2008, residents of five metro area counties — Hennepin, Ramsey, Dakota, Anoka and Washington — have been paying a quarter percent sales tax specifically for the purpose of expanding the transit system infrastructure within the metro area.

Now, one legislative committee has decided to take that money to “replace” $51 million Republican legislators had cut from the general fund for metro bus operations.

McLaughlin calls move ‘outrageous’
“Outrageous” is how Hennepin County Commissioner Peter McLaughlin described the move. “They’ve taken money from our pocket and stuck it in their pocket, and now they’re claiming, ‘We’re spending more’ on transit.” 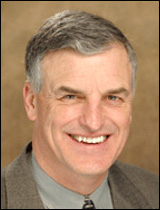 Rep. Michael Beard, chairman of the transit committee, justified the move, saying because of the state’s “dire situation” it needs to “explore” all sorts of ways to save money.

Republicans also argued that the $69 million of money that they want from the counties would be used to keep metro-area buses running. In other words, the same purpose would be served — sort of.

There are, however, all sorts of problems with the Beard/Republican view, according to McLaughlin:

•  The money does not belong to the state.

“We [the five county boards] would not have passed the sales tax if we knew the legislators could simply steal the money to solve their problems,” said McLaughlin. “We’re not stupid.”

In fact, two metro counties — Scott and Carver — opted not to join in collecting the special sales tax that was allowed under the 2008 transportation bill. (That’s the bill that created an increase in the gasoline tax and a House override of Gov. Tim Pawlenty’s veto.)

• By taking the money from the counties and using it for day-to-day operations, the state is cutting off the ability of the metro area to deal with long-term transportation investment.

“Taking it [the sales tax money] to deal with short-term problems is a continuation of the Pawlenty policies,” McLaughlin said. “It’s bad for the state. It’s bad for our long-term competitiveness.”

• If it would take the money, McLauglin says, the state would undermine the high bonding credit rating metro counties currently have.

The counties receive high credit scores — and get low-interest rates on bonds — by having revenue streams to pay off the bonds.

• If it would take the money for day-to-day operations, the state would destroy access to millions of dollars of federal money for long-term projects.

• If it is allowed to take this $69 million, no money being raised for other special projects, such as the ballpark, is safe.

“If you’ve got a local sales tax for any purpose, you’re on notice that you’re vulnerable,” said McLaughlin.

It should be noted that this isn’t the only raid that Republican-led Legislature is attempting to conduct on previously local funds.

Iron Rangers, for example, are fuming over Republican efforts to take $60 million from the Douglas E. Johnson trust fund and apply it to the state’s general fund.

The fund is based on production of Iron Range mines, which do not pay property taxes.

There are all sorts of questions surrounding the legality of this effort. Even the bill’s author, Rep. Bob Gunther of Fairmont, told Minnesota Public Radio that he questions whether the $60 million transfer would stand up in court.

Melin said the Senate proposal — with hearings expected today — is slightly different from the House approach.

She expects Senate Republicans will want to take $45 million with a promise to pay the money back at some uncertain date in the future.

“Unacceptable,’’ she said. “They keep preaching, ‘live within your means,’ but they don’t practice what they preach.’’’

The fund was set up 34 years ago to help stabilize the vagaries of the mining industry. Only interest is used from the fund to help create new industries on the Range.

Melin pounded on the idea that mines do not pay property tax. The production taxes are in lieu of that money.

“If they can take that money,’’ she said, “it will open a Pandora’s box. All property taxes would be fair game.’’

She also said that during a hearing, Gunther said he “didn’t want to do this’’ but was left with few choices.

Even if these proposals make it through the legislative process and land on the desk of Gov. Mark Dayton, they face almost certain vetoes. At least, that’s the hope of people such as McLaughlin.

Still, the process is time-consuming and a cause of considerable angst.

“It’s like Whac-A-Mole at the Capitol,” said McLaughlin. “Last week, [Rep. Mark] Buesgens had a bill that said you couldn’t invest a penny in rail transit until all highways in the state are up to A-plus standards. That bill’s been withdrawn, but now they’re trying to steal our transit money. Every day, it’s something different. It’s a bad idea a day.”