The first really big week of the legislative session started Monday like this: Gov. Mark Dayton writes a letter to Republican legislative leaders, who are offended.

In the midst of House debate on taxes, Rep. Matt Dean defends a colleague by pointing to Page 101 of House rules. Don’t impugn the motives of fellow legislators, the rule says.

New Capitol theme song?
And just listening to the opening salvos surrounding the Republicans’ budget bills that were brought up Monday, there’s an obvious theme song for what’s happening at the Capitol: The Talking Heads’ “Road to Nowhere.”

We’re on a road to nowhere
Come on inside
Takin’ that ride to nowhere
We’ll take that ride.

It’s clear. This portion of the legislative process is going nowhere. But it’s not getting there fast. Still, it’s entertaining, in a going-nowhere sort of way.

Monday was the day that Republican legislative leaders started unveiling their fiscal bills on the floors of the House and Senate.

The Senate was sort of wimpy. It opened by presenting the agriculture bill, perhaps the only bill that’s not loaded with controversy. The bill was passed after only a modicum of debate.

But there was nothing wimpy about the approach of the House leaders. They put their tax and transit bills on the floor to get things started. Both, of course, are loaded with controversial policy issues.

And right from the beginning, the tax bill got bogged down in a long debate. This is the bill that gives a “tax break” to low-wage earners. But actually, while low-wage workers get back $20 or less from the “break,” the wealthiest get more than $100 in tax reductions.

“But the lower-paid get a higher percentage back,” explained Rep. Greg Davids, who heads the House Tax Committee.

DFL, GOP spar over LGA
It wasn’t, however, that portion of the Republican tax bill that got things off to a grinding start. It was the cuts to Local Government Aid.

Under the Republican proposal, you recall, the first-class cities of Minneapolis, St. Paul and Duluth are zeroed out of LGA money in a couple of years. (Rochester is spared from that treatment.) Meantime, rural cities keep collecting at least some funds. 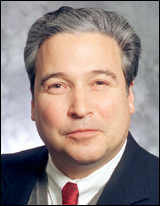 Rep. Michael Paymar, DFL-St. Paul, pointed out that he was a minority member of the tax committee that came up with the LGA proposal.

“I have to say, I was on that committee and couldn’t believe some of the things I heard,” Paymar said.

He cited Republicans on the committee saying such things as LGA money “just increases the dependency” of the big cities.

Then, he started ticking off the Republican members of the committee who had supported zeroing out the cities while sparing rural communities. Those Republicans, he noted, all come from communities that get LGA money.

“I would remind members,” Dean said, “the motivation of other members is not to be impugned.”

House Speaker Kurt Zellers said he didn’t think he needed to rule on Dean’s point but he hoped members understood the rule.

“I don’t care how you rule,” Paymar said to the speaker. “I was not questioning anyone’s motives. I was just stating fact.”

The debate went on and on with Republicans constantly implying that the big cities — home to DFL representation — don’t manage their money well, while small towns, typically represented by Republicans, are managed beautifully but need the money for police and fire protection.

Drazkowski didn’t even bother to imply that places like Minneapolis are managed poorly. He started listing projects that he believes shows the big city has ample money without LGA.

On and on he went before Kahn got a chance to speak.

Kahn goes after “fuzzy math”
“We can have lots of disputes about policy,” said Kahn, adding that she can get pretty worked up about policy issues. 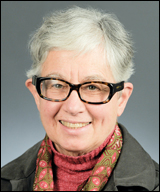 But nothing, absolutely nothing, agitates the former University of Minnesota physics prof as much as bad math.

She accused Drazkowski of “bad elementary math” and pointed out just one issue that he had listed as money wasted by Minneapolis. That was the $900,000 he claimed the city had spent on a skateboard park.

In fact, she said, the skateboard park was scheduled to open when the city built public athletic fields at Fort Snelling.

The Park Board handled that debt by selling the property that was going to be used for skateboarding to the Boy Scouts.

“They sold it for a profit,” she said, adding again that Drazkowski “should be ashamed of his bad elementary math.”

For the record, he didn’t seem to be ashamed.

And for the record the DFL amendment not only lost but was replaced by an amendment by Rep. Keith Downey, R-Edina, that seems to take an even bigger whack at LGA funds while protecting those “job producing” big corporations with overseas operations.

The DFLers, of course, know that all their wailing and gnashing of teeth are going nowhere. The House tax bill, after all the debate, finally did pass on a 73-59 vote, mostly on party lines.

All of the Republican bills will sail through the House and Senate — right into Dayton’s office. In other words, most of these bills are going nowhere.

If there were any doubt of that, Dayton, who has tried to promote himself as a leader willing to compromise, wrote a stern letter to Republican legislative leaders.

“I will not favorably consider a single budget bill without knowing its relationship to a complete and balanced budget solution,” he wrote.

He also expressed great concern over Republicans refusal to accept all fiscal notes provided by the Minnesota Management and Budget office and the Department of Revenue. Those fiscal notes are the baseline numbers Republicans and DFLers use in building budgets. They’re prepared by nonpartisan staff.

Those numbers “must be accepted by all parties as the official arbiters of the revenues and expenditures resulting from our respective proposals,” Dayton wrote.

Dayton also “invited” Republicans to remove “all extraneous policy items from your appropriations and tax bills.”

Presumably, Dayton’s referring to such things as taking integration funds from the school aid formula and spending the money elsewhere.

Republican leaders were not impressed by the governor’s letter.

Senate Majority Leader Amy Koch called the governor’s letter “a barrier” that prevents the Legislature and the governor from having “substantive” discussions.

Rather than write letters, she said, the governor should just give her a call. “He’s got my cell phone, I’ve got his.”

Sen. Geoff Michel, a major Republican leader, said that the governor shouldn’t “draw lines in the sand.” He talked of the wonders of compromise.

Does that mean Republicans are willing to erase their no-new-taxes line in the sand and compromise?

“Are we going to raise taxes?” Michel asked. “No.”

We’re on the road to nowhere.