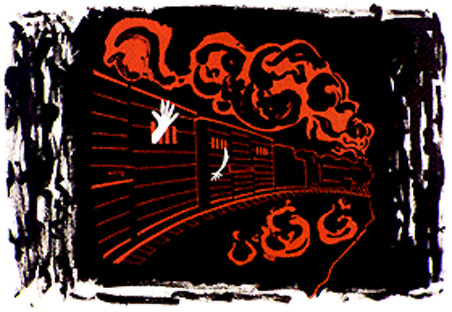 And so now we have Dr. Fisch’s Opus, or, as it’s officially called, “Light From the Yellow Star: Music of Sorrow and Love.”

Robert Fisch, who lives in Minneapolis, is a hero of humanity. 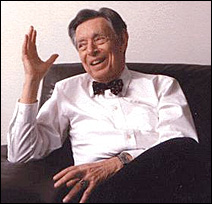 And not because, at age 85, he keeps on learning, as he does.

He’s a hero because he somehow managed to come out of the horrors of concentration camps, seeking — and usually finding — hope.

Monday at 8 p.m. at the Ordway Center for the Performing Arts, Fisch will moderate his story in a multimedia presentation that will include a premiere performance by the St. Thomas Wind Ensemble of a piece written for this special occasion by Israeli composer Boris Pigovat.

Fisch is of two minds of this event, which will include dance by the St. Paul City Ballet, huge slides of his paintings and Fisch’s own telling of his lifelong journey, which is filled with universal meanings.

“It will be beautiful,” said Fisch. “Just beautiful. Very moving.”

Then, there’s the second, self-deprecating version: “Tomatos and guns are not allowed in the Ordway,” he said, laughing mightily.

“They ask an optimist and a pessimist, ‘What do you think of the world?’

“The optimist says, ‘This is the best possible world.’

Sometimes Fisch starts laughing before he gets to his punch line. And sometimes his English, which still is spoken with a heavy Hungarian accent though he came to the United States in 1957, obscures the punch line.

About that English, Doctor …

But the power of his message overwhelms the accent. Since 1994,  when he wrote “Light From the Yellow Star: A Lesson of Love From the Holocaust,” which is the powerful telling, in paintings and words, of  oppression, death and hope, Fisch has been telling his story in Minnesota classrooms — and around the world. He’s been knighted in Hungary, and his book is being published in several European countries.

The story, he says repeatedly, is not about him. It’s about finding some blessing in even the most wretched of circumstances.

Monday night’s presentation of that message comes because of the work of  the Interfaith Arts Collaborative and the determination of Matthew George, director of the St. Thomas Wind Ensemble.

George connected with Pigovat, an internationally known composer who has his own roots in the Holocaust.  Many in his own family tree died in concentration camps. Pigovat created the five movements of  “Light From the Yellow Star” in the last nine months, the final movement arriving, via fax, from Israel just a week ago.

“My hair’s a little grayer than it was when we started,” admitted George.

Despite those gray hairs, George is thrilled with the score, which he describes as “accessible, romantic and dramatic.”

And he’s awed by Fisch.

Fisch’s paintings and story, it should be noted, also are part of an exhibition called “The Value of One Life” at the Minnesota Historical Society.  That show, which includes the stories of eight Minnesotans who have overcome adversity, runs through April 10.