Steve Kroft investigates the claims made by author Greg Mortenson in this bestseller “Three Cups of Tea.”

One of the more harrowing flights I’ve taken while working over the years as an international correspondent came in 2004 after I turned down an invitation to travel with Greg Mortenson, who later rose to fame with the publication of his best-selling book, “Three Cups of Tea.”

I needed to fly from Kabul, Afghanistan, to Islamabad, Pakistan. Mortenson and his crew were going the same way, and he offered seats on a private plane. No thanks, I said. I came to second-guess myself during the next few hours — I’ll tell you why in a minute.

But I had no doubts then and now about the appropriateness of turning down a ride with a friendly Minnesota native who seemed to know his way through that treacherous war zone. Journalistic skepticism was the reason.

Now, the newest twist in the Mortenson story suggests that everyone could benefit from a bit of that skepticism.

Alleged lies
On Sunday, the CBS news magazine “60 Minutes” reported that Mortenson fabricated some of the stories in his book, including the defining narrative about the inspiration for his mission to build schools in remote villages of Pakistan and Afghanistan.

Mortenson’s account is that he failed his attempt in 1993 to climb K2, the world’s second highest peak, and then got lost on the descent. He says he stumbled nearly dead into the remote village of Korphe, Pakistan, and people there nursed him back to health. Meanwhile, he experienced an epiphany and came to realize his life’s mission: building schools in such villages where girls would be welcome.

The investigative report by correspondent Steve Kroft quotes native porters who dispute the story, saying that Mortenson was not lost and did not visit Korphe until a year after the trek. It quotes other Pakistanis who dispute his claim that he was kidnapped by the Taliban in 1996. 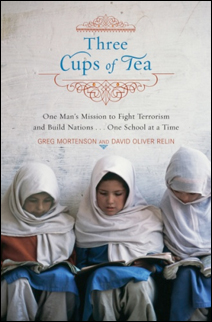 It also alleges that Mortenson’s charitable organization — Central Asia Institute based in Bozeman, Mont. — has taken credit for building schools that do not exist or were built by others.

Further, it says that Mortenson’s charity has spent more money in the United States promoting his books and talking about education in Pakistan and Afghanistan than it spent actually building and supporting schools there. And it quotes experts saying that the charity has mismanaged millions of dollars with little oversight.

Mortenson’s defense
In a statement posted on his charity’s website before the “60 Minutes” program aired, Mortenson characterized the report as an unjustified attack.

“I stand by the information conveyed in my book, and by the value of CAI’s work in empowering local communities to build and operate schools that have educated more than 60,000 students,” he says.

He suggests that resistance in Pakistan and Afghanistan to the very essence of his mission — educating girls — is the reason some people there have discredited his story: “Afghanistan and Pakistan are fascinating, inspiring countries full of wonderful people. They are also complex places torn by conflicting loyalties, and some who do not want our mission of educating girls to succeed.”

And he vows to carry on: “I continue to be heartened by the many messages of support I receive from our local partners in cities and villages across Afghanistan and Pakistan, who are determined not to let unjustified attacks stop the important work being done to create a better future for their children.”

Later, Mortenson posted a longer statement [PDF] defending his work. And the Institute’s board of directors responded to specific questions here. [PDF] Mortenson is one of the three board members.

Among other responses, the board acknowledges that just 41 percent of the money the Institute spent in 2009 went to schools in Central Asia, but adds that a good portion of the reminder went to other aspects of the Institute’s mission: creating cross-cultural awareness and educating the American and international public about the need for such schools.

Minnesota home
My first contact with Mortenson came a few days after the Sept. 11, 2001, attacks on the United States. He telephoned the Star Tribune newsroom from Pakistan where he was working at the time. The call was transferred to my desk.

It was clear that reprisal would fall on Afghanistan and maybe Pakistan too. Mortenson wanted to spread the word that the ordinary mountain people he knew were not enemies of the United States and did not condone terrorism. It was critical that the United States cultivate Muslim sympathizers in the region, he stressed. 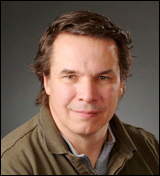 Mortenson, now 53, was the son of Lutheran missionaries who called Minnesota home although the family lived in Tanzania during part of his childhood. He graduated from high school in Minnesota, and most of his family continued to live in the Twin Cities after he married and moved to Montana. On his visits home over the years, he occasionally met me for tea.

His stories about building schools and women’s education programs were intriguing. But thanks to ingrained journalistic skepticism, I choose not to write about them until I could see his work for myself.

Building a mountain school
The chance came in 2004 when the Star Tribune sent a photographer and me to Afghanistan. We made time to visit a Mortenson project in Lalander, a rural mountain village with no electricity, running water or school.

The villagers greeted Mortenson enthusiastically. He conversed with them in Pashto while inspecting the eight-room stone school house that was rising on a mountainside plateau. Like the legendary Pied Piper of Hamelin, he was followed by kids everywhere he walked in the village that day.

It was just one of the dozens of schools Mortenson’s charity claims to have built. And I certainly can’t claim to have verified his entire program.

But the school I saw was real and clearly welcome in the village. Since then other journalists and even U.S. military officers have visited his various projects too, and they have verified that at least some of his work measures up to his claims.

I also met with Mortenson in Kabul. He was staying at a dusty, fly-infested guest house, not an expensive hotel. It was there that Mortenson learned we were going to Islamabad at about the same time and offered a ride. He and his staff had arranged for seats on a plane flown by Pakistani military officers he had met over the years, he said, and there was room for us.

My instincts forced me to say, “No thanks.”

Rocket attacks and redirected flight
The region’s politics seethed with intrigue at the time. I didn’t know Mortenson’s Pakistani friends and their political affiliations. For that matter, I didn’t know his political ties in the region.

What I did know was that the government in Islamabad was looking for any reason to hassle American journalists. Getting visas to even pass through Pakistan had been extremely difficult. And when we’d done that a few weeks earlier military “minders” openly trailed us, even standing watch outside the doors of our hotel rooms.

Moreover, it wouldn’t be right to accept a ride from the potential subject of an article.

So we boarded a Pakistan International Airlines flight. Only after takeoff did we learn we would not fly directly to Islamabad as scheduled. We couldn’t land there because a runway needed repair.

But because Kabul had been under a siege of rocket attacks, the Pakistanis did not want to leave their plane on the ground there. Instead, they flew us to the crossroads of the struggle with the Taliban: Peshawar, a city in the frontier tribal area where security is so shaky that the U.S. Consulate recently suspended operations there.

We sat in the airport for hours under the glare of long beards who clearly disapproved of two women travelling without their men. Our plane finally took off into the eye of a raging storm, shuddering so violently in the turbulence that people wept in their seats.

In Islamabad finally, we learned that Mortenson and company had enjoyed smooth flying all the way.

Mixed impressions
Still, I think I made the right decision. My impressions of Mortenson were mixed.

Our meeting in Afghanistan took place before he was blessed with fame and fortune. At that point, he had struggled for a decade to build schools in the region. I had seen other well-intentioned aid projects fizzle in far less time. If nothing else, he had determination and dedication working for him.

Some of Mortenson’s motivation almost surely was a craving for adventure. He is that type. But there are far easier ways to score a thrill than scraping up pennies for villages. You find wanderers throughout Asia who never have laid a cornerstone for a school. Mortenson had done that much.

If, as “60 Minutes” reported, some of the schools he has built over 15 years now are vacant or used for purposes such as storing grain, that would not surprise me. Many villages have changed loyalties and priorities in that war zone.

Further, Mortenson clearly had learned to navigate the nuances of Central Asia’s intricate tribal dealings. And he had assembled competent Afghan and Pakistani staffs that seemed dedicated to his cause, although one of his responses blames a disgruntled staff worker for some of the accusations “60 Minutes” aired.

On the other hand, Mortenson was maddeningly disorganized and chronically late. I expected that the organization he co-founded and ran all of those years might be more than a bit disorganized too. It was no surprise to learn he had made enemies. His co-author, David Oliver Relin, says so in the book.

Mortenson’s leaps of logic were hard to follow. He would talk to me in a torrent of words racing from subject to subject. In one of the messages [PDF] he posted on the website Sunday, Mortenson seemed to acknowledge that he doesn’t think like other people: “Although we would like the world to be linear, orderly and peaceful, the reality is that our world is a dynamic, fluid place, often filled with chaos and confusion. In that space, I thrive and get the courage to help bring change and empower people.”

A beautiful story…a lie?
The one narrative that Mortenson clearly had organized in his mind and rehearsed into a cohesive account was the story of his failed K2 climb, leading to the kind villagers who nursed him back to health and inspired his life’s work.

Now, according to “60 Minutes,” that story may not be true.

One source for the report is author and mountaineer Jon Krakauer, a former donor to Mortenson’s charity.

“I have spoken to one of his [Mortenson’s] companions, a close friend, who hiked out from K2 with him and this companion said, ‘Greg never heard of Korphe until a year later,'” Krakauer said.

Mortenson did eventually build a school in Korphe, Krakauer said. “But if you read the first few chapters of that book, you realize, ‘I am being taken for a ride here.'”

But Krakauer also added that Mortenson is a complex person who has done much good in the world.

“He is not Bernie Madoff,” Krakauer said referring to the former stock broker. “He has helped thousands of children.”

Mortenson pledged on the website to provide further responses in the future.

Minnesota will be watching for that. Many people here have supported his cause with money and even labor, travelling to Central Asia to heft the bricks and stones that helped create Mortenson’s legend.