After agreeing to a blitz of conference committee reports, Republicans have some progress to point to — and some momentum they can bring to the governor this week.

With Thursday’s late-night finish to the Health and Human Services and Higher Education omnibus bill negotiations, the GOP has accounted for nearly 80 percent of its $34 billion budget.

That’s at least four finished conference reports and one (albeit a very small one) signed into law.

The progress clears the way for Gov. Mark Dayton to join the GOP leaders at the table. Dayton, who hopes to sit in as early as Sunday, said he is pleased that Republicans could report “some movement.”

Although Dayton broke from his previous position on remaining above the fray by meeting personally with lawmakers this week, he’s mostly left the job up to his state agency commissioners. 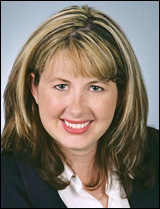 Senate Majority Leader Amy Koch told reporters on Thursday that the conference committees have working budget targets and deadlines but declined to release details. The GOP leaders said that logistically the nine remaining budget bills won’t all appear on Dayton’s desk at the same time.

Some signs of optimism
But Republicans expressed some optimism about the fate of the first big bill — K-12 education — which cleared the conference committee earlier this week.

Rep. Pat Garofalo, the bill’s chief House author, said the process went smoothly because Dayton had been involved from the beginning. Garofalo said he’s optimistic because the governor, House and Senate all had similar budget targets — about $14 billion.

The Farmington Republican added that his committee worked closely with Dayton to address some of his administration’s concerns, much like they did with the alternative teacher licensing legislation that the governor signed earlier this session.

But there are problems beyond the financial target. The bill still contains several controversial measures likely to draw the governor’s ire: reduced special-education funding increases, redirected integration aid, a school voucher program and a weakening of teacher tenure.

Thursday’s HHS conference report is even more troublesome for Dayton. It contains provisions repealing his early Medicaid opt-in, removing funding to organizations that perform (or refer people for) abortions and limiting human cloning. 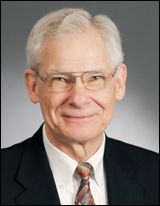 Rep. Tom Huntley, the lone Democrat on the conference committee, protested many of the issues with no success. His low baritone was often the only dissenting vote on the numerous amendments to the bill.

When Huntley signed on to the conference committee, a former staffer working on health care policy for Congresswoman Betty McCollum emailed him, asking, “Tom, why are you putting yourself through this?”

“I’m starting to agree with her,” Huntley said with a laugh.

Huntley was happy, however, that Republicans removed the “funny money” in a previous version of the bill used to reach its $1.8 billion cut target, which the DFL has criticized throughout this session.

Republicans booked hundreds of millions of dollars of savings from federal Medicaid waivers that Dayton said the Obama administration wouldn’t grant. Although requesting the waivers is still included in the final legislation, Sen. David Hann and Rep. Jim Abeler, the bill’s chief authors, didn’t include any cost-saving estimates in the final bill.

Dayton still holding back
Although the bills are starting to stack up and the two largest efforts have been completed, Dayton said he’s holding off on negotiations until he has the entire Republican budget in front of him.

“It’s got to be more than just the human services budget,” Commissioner Lucinda Jesson said, noting, however, that “having them come to a single position is a step in the right direction.”

Dayton said on Thursday that the conference reports need only be posted, not passed by the Legislature, before he starts negotiating. That alleviates the three-day time limit Dayton would have to veto the legislation if agreement can’t be reached and appeases Republicans who don’t want to pass a bill if it faces a certain veto. 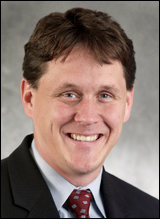 House Majority Leader Matt Dean said earlier this week that both GOP caucuses wanted to work with Dayton and his administration, not just reconcile their own differences and send the bills to certain doom.

“We could’ve done that in a day if we had wanted to,” he said.

With all the budget bills in front of him, Dayton will be confronted with the tax issue: firm opposition from the Republican caucuses (now, not only from the mainstream moderates but from the cadre of “not a penny more” conservatives).

“The elephant in the room is the revenue,” Abeler said after the nearly four-hour meeting that concluded most of the conference committee’s work. “The House and Senate are firmly committed to not a penny more in taxes and the governor is committed to 2.5 billion pennies [sic] more.”

Now that the HHS bill is finalized, Abeler said, Dayton is “the one with the mythical budget,” referring to the tax increases that the governor will push to minimize the deep cuts included in much of the GOP majority’s legislation.

But Abeler added that he looked forward to working with Dayton to come to a final position.

With less than a week and half of session left, it will be a battle to the end. Now, observers will watch to see if the forward movement will energize negotiations or give the Republicans greater ability to criticize Dayton’s plan.

“This is the halftime,” Abeler said. “There’s a little ways to go.”

With 80% of budget through conference committees, GOP and governor are nearly ready for negotiations