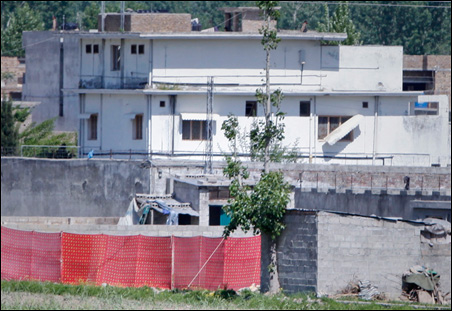 LONDON — President Obama’s stunning announcement that U.S. Special Forces had killed Osama bin Laden leaves open the question of how much this strike at the head of al-Qaida damages the international terrorist organization.

A more basic but critical question is whether we are safer today than we were before the American assault force dropped from helicopters onto a mansion near Islamabad, Pakistan, to kill the world’s most wanted fugitive.

Tom Maertens of Mankato was deputy coordinator for counter-terrorism in the U.S. State Department during the time of the 9/11 attacks. I asked him the question of whether bin Laden’s killing makes us more or less safe.

“I don’t think anybody knows for sure,” Maertens said. “There were threats earlier that if bin Laden was killed there was a plan in place to conduct retaliation against anybody that might have been involved.”

At this point, al-Qaida may have been weakened, Maertens said: “But so many of the copycats and other extremist organizations could take action. … It doesn’t take much to get them stirred up especially if this is seen as some sort of an affront to Islam.”

Generally, though, Maertens said, “We are better off with him dead than alive.”

Justice and symbolism
Certainly, a deep sense of justice has been satisfied. That was important in the United States and around the world.

Also important is the symbolism Obama addressed in his speech Sunday night. As long as the alleged leader of the 9/11 attacks on America escaped punishment, people in large parts of the world saw the United States as weak and vulnerable.

The reverse side of that symbol was an image of bin Laden as dragon slayer – the little guy effectively taking on the world’s most powerful force and prevailing. It was potent symbolism that no doubt inspired many a jihadist.

Now one of the many questions we’ll be mulling and debating is whether bin Laden’s death diminishes the power of that symbol or strengthens it. One reason the United States reportedly buried his body at sea is to erase chances a burial site would become a shrine to his cause.

“Osama bin Laden is no longer a threat to America,” the White House said in a press briefing late Sunday.

Al-Qaida’s many faces
The al-Qaida that Americans came to know so horribly in 2001 was the core group around bin Laden. That old face “still provides strategic direction to the group and to the larger jihadist community,” Bruce Riedel wrote recently for The Daily Beast. Riedel is a senior fellow at the Brookings Institution’s Saban Center for Middle East Policy.

But that nearly 10-year-old face is not alone in al-Qaida’s leadership ranks today.

Another face is the syndicate of terror networks aligned with al-Qaida in Pakistan and Afghanistan, Riedel wrote, citing several examples: The Pakistani Taliban, responsible for the failed Times Square attack last May; Lashkar-e-Taiba, which attacked Mumbai almost two years ago, the Afghanistan Taliban forces behind the deadly attack on the CIA base in Khost on Dec. 31, 2009.

The operatives in all of those cases worked through organizations allied with bin Laden’s core group, Riedel said, effectively acting as force multipliers for al-Qaida. 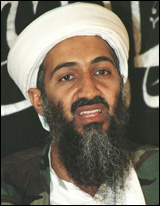 Yet another face is presented by regional franchises operating across Northern Africa and the Middle East. The ones in Yemen and Somalia are the most dangerous, Riedel said, and “even the much diminished franchise in Iraq continues to strike periodically.”

Add to those three faces, the self-starters — individual jihadists who take up the cause in their own way, such as the gunman in the Fort Hood massacre.

“Finally there is the idea, the narrative and ideology of al-Qaida,” Riedel said.

This may be the greatest reason to worry that bin Laden could come back symbolically to continue threatening the West. Way back in the 1980s, he and a partner gave rise to the idea of a global war against the United States and its allies.

“The idea is now in many ways independent of the group that created it,” Riedel said. “Only a very small minority of Muslims believes in global jihad but even a handful of determined suicidal murderers can change the fate of nations.”

Retribution?
A short-term threat comes from the worry that al-Qaida’s operatives will move to avenge his death.

“There is little doubt that extremists somewhere — al Qaeda or others — will attempt revenge,” said Maertens. “In fact, there were something like eight failed attacks on the U.S. last year that were disrupted by law enforcement/intelligence agency efforts. One day, one of these attacks will succeed and will be portrayed as revenge for Osama bin Laden’s death, but Islamic extremists have never really stopped their plotting; it is just that we are now more alert and better prepared.”

Airports around the world began beefing up security last night and today.

The U.S. State Department called on Sunday for worldwide caution on the part of U.S. citizens, citing “the enhanced potential for anti-American violence given recent counter-terrorism activity in Pakistan.”

It urged U.S. citizens living or travelling in anti-American hot spots to “limit their travel outside of their homes and hotels and avoid mass gatherings and demonstrations.”

In London, the British Foreign Office said Britons overseas should “exercise caution in all public places and avoid demonstrations, large crowds of people and public events,” the BBC reported.

Obama phoned British Prime Minister David Cameron with the news before dawn in London on Monday, a couple of hours before the public announcement in Washington, the BBC said.

Cameron told the BBC: “This news will be welcomed right across our country. Of course, it does not mark the end of the threat we face from extremist terror — indeed we will have to be particularly vigilant in the weeks ahead. But it is, I believe, a massive step forward.”

Double blow to al-Qaida
Although Americans had to wait nine years to see this punishment of the man alleged to have instigated the 9/11 attacks, the timing of this strike may be particularly effective because it comes in tandem with the so-called Arab Spring.

Al-Qaida’s dominant position in news of the Muslim and Arab world has given way to visions of new forces for change. The faces of demonstrators demanding democracy and freedom in Egypt, Tunisia and other countries have replaced the menacing jihadist leaders and suicide bombers.

Elliott Abrams — a former top national advisor on the Middle East during the administration of George W. Bush — criticized some details in the text and tone of Obama’s announcement, saying the U.S. president took too much credit for himself.

But Abrams said the timing of this strike on the al-Qaida leader is particularly effective given the Arab Spring.

Here is what Abrams said, writing for his blog at the website of the Council on Foreign Relations where he is a Senior Fellow for Middle Eastern Studies:

“Al Qaida’s message that violence, terrorism, and extremism are the only answer for Arabs seeking dignity and hope is being rejected each day in Tunisia, Egypt, Libya, Syria, Yemen, Bahrain, and throughout the Arab lands.  Al Qaida and its view of the world are being pushed aside in favor of demands for new governments, free elections, freedom of speech and assembly, and an end to corruption. Bin Laden’s death weakens al Qaida and Salafi movements further by taking away their most powerful symbol.”

Maertens summed the effects this way: “The event is important in many different ways, including for example, the relief the Saudis must be feeling at Osama bin Laden’s demise, perhaps compensation for their bruised feelings at the way we so readily abandoned our ally Mubarak.  Power and influence are dependent on many factors.  Military forces are one of those factors; the manner and effectiveness in which we use those forces determine how other countries and non-governmental actors view the U.S.  We are standing taller in world opinion today than we were yesterday.”