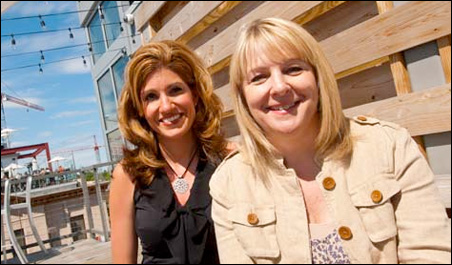 Photo by Bill Kelley
Cali Ressler and Jody Thompson have taken on projects and clients that push ROWE into new areas, like health care and government.

The company CultureRX didn’t exactly start up out of nowhere. Founders Cali Ressler and Jody Thompson tested the foundational concept of the results-only work environment, or ROWE, in the real-world incubator of Best Buy headquarters. Moving those 3,800 employees into results-only mode still counts as CultureRX’s largest implementation and greatest success.

Still, when the two-year-old subsidiary firm spun off from Best Buy in 2007, Ressler and Thompson had little more than that single-corporation experience and an idea they believed would revolutionize the way people work.

“When we spun off, we didn’t have clients,” says Ressler. “It really was a leap of faith to be able to say, ‘this concept is valid, it’s something the marketplace needs, it’s something society needs, and we know that companies will take this on.'”

Nearly five years later, 35 organizations have done just that. Approximately 10,000 employees are now working in a results-only environment, a number that is growing steadily as the concept catches on and creates it own momentum.

Over the past year and a half especially, says Ressler, the company has taken on projects and clients that push ROWE into new areas, like health care and government, that might seem antithetical to the free culture of results-only management.

While the evolution has gone beyond the founders’ expectations, ROWE’s efficacy and success do not surprise them, and they say its potential knows no bounds.

“There really is no breaking point,” says Ressler, who imagines even a company of 150,000 people going ROWE. “It could definitely spread throughout the entire population. People are drawn into this…way of approaching work. Everybody essentially wants to be more efficient and more productive, have a happier life.”

What Is ROWE?
Ask Ressler and Thompson what ROWE is, and they might begin by telling you what it is not.

ROWE is not flex-time. It’s not about taking more vacation, working from home, or skipping meetings. It’s not a reward handed to high-performing staff, nor a carrot extended by managers on an employee-by-employee basis.

For Ressler and Thompson, ROWE is a cultural shift, a revolution — nothing less than the future of work.

The meaning of ROWE boils down to one word that is right in the name: results. “The environment is all about performance,” says Ressler. “You can’t just sit around and try to look busy anymore.”

While ROWE is based on a list of “guideposts” — laid out in Ressler and Thompson’s 2008 book Why Work Sucks and How to Fix It — its execution is tailored for each company, based on their work and desired outcomes, which are largely up to the people performing the work.

“People in a ROWE get to decide, every single day, how they approach their work,” says Ressler. While the practice may weed out a few non-performers, it leaves the remaining majority with more freedom and ownership in their positions.

Measuring results
ROWE also leads to increased productivity, lower turnover, and happier employees, according to CultureRX. Those claims are supported not only by the proliferation of ROWE, but its success at Best Buy, says Ressler. Since ROWE’s implementation in 2003, the company’s employee population has remained steady while revenue has increased, she points out.

Results of a University of Minnesota study released in April give more solid proof of how ROWE benefits both the employee and the company. A survey of 600 Best Buy employees before and after ROWE’s implementation there showed that the alternative-management practice relieved work-family conflicts and reduced turnover by 45 percent — an apparent sign of employee satisfaction.

Other similar studies are in the works. CultureRX plans to partner with the U of M’s Humphrey Institute to measure ROWE’s effects on productivity, employee retention and space-saving, says Ressler, and Deloitte recently conducted an independent analysis of a 400-person pilot with the federal government’s Office of Personnel Management in Washington, D.C., and Pennsylvania. Full results are expected later this year, but early results are positive, according to CultureRX.

Into Government and health care
The move into government is happening on a local level, as well. At Hennepin County’s Human Services and Public Health Department, all 2,700 employees will have migrated to ROWE by the end of July, says Deb Truesdell, the department’s ROWE manager.

The full move to ROWE followed an earlier telework practice, and the implementation is parallel with the department’s new community-focused and more decentralized client services delivery model. Its success has benefited from a “forward-thinking” IT department that replaced desktops with laptops for remote work, as well as buy-in and support from the union, says Truesdell.

Ressler says she and Thompson wondered how the practice would work in the government sector, not traditionally known as a bastion of efficiency. “Really, what we found is that it’s not any harder,” says Ressler.

That’s not to say it wasn’t difficult, however. The phased migration took place over a number of months, and it was a dramatic change for “a culture that has existed for a very long time in a command/control kind of environment,” says Truesdell.

“All implementations are difficult,” says Ressler. “It’s challenging just like it is anywhere, because we ‘re dealing with shifting old beliefs about how work needs to happen. These beliefs are everywhere, whether you’re in the private sector, the public sector.”

Other public/private partnerships have brought CultureRX into other new industries, as well: the company took part in a Minnesota Department of Transportation (MNDoT) project to reduce traffic congestion, which led to a partnership with Fairview Health Services‘ IT department, which went ROWE in 2009.

There is interest in ROWE on the other end of the bureaucratic spectrum as well. In recent months, CultureRX has had inquiries from startups looking to lay the foundations for ROWE before launching their companies. While the process for a startup is similar, says Ressler, “it’s even more exciting to think about, because they’re at the point where they’re just planting the seeds. They don’t have an employee handbook yet.

Ressler believes ROWE can work in any type of job, even site-specific and time-specific jobs like construction, hospitals, or retail. It all comes back to the core mission: results.

In health care, for example, employee attitudes would change from a focus on shifts to the outcome for the residents in the facility. “The same thing happens in retail,” she says. “If you’re really focused on the customer, you will take care of it because you’re affecting customer satisfaction.”

JL Buchanan joins the movement
That refocus was a key question in Minneapolis-based JL Buchanan’s ROWE implementation. The retail service and business development company looked at its meeting schedule and asked, ‘Is this really helpful? Is this really servicing clients?” says JLB president Susan Hoaby. The answer was no, and in its first 90 days of ROWE, the 30-person firm cut out 2,000 hours of internal meetings. 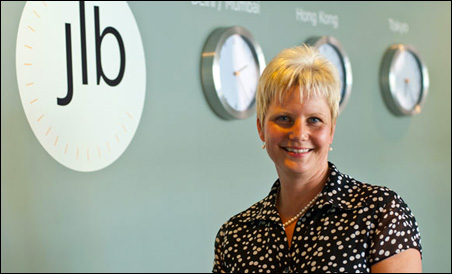 Photo by Bill Kelley
JLB president Susan Hoaby: “It all came from our employees saying, ‘You know what, I can do this.'”

ROWE has also led to additional revenue streams from new services initiated by employees, says Hoaby, such as a consumer research division and product design and development for its client, Target.

“It all came from our employees saying, ‘You know what, I can do this. Here are some things our client is currently paying other companies to do.'” It’s a function not only of employees having more time, she says, but of feeling empowered to say, “Hey, have we ever thought about doing this?”

The road ahead for ROWE
The last year and a half has been “powerful in terms of bringing in other organizations,” says Ressler. Each new client increases momentum, and it’s a trend that should accelerate in the coming year, as CultureRX expects to reach the million-dollar mark. Ressler sees CultureRX reaching  $2 million in revenue within three years.

She also expects to add to the company’s lean staff, which includes only herself and Thompson and four dedicated contractors.

While the Twin Cities still accounts for half of the ROWE-company base, CultureRX has garnered global interest, from companies in the UK, Switzerland, Australia, and Canada.

“It’s a testament again to ROWE working anywhere,” says Ressler, “any area of the world, any industry, because people are just drawn to the fact that we need to start approaching work in more productive ways, right now.

“I have no doubt that, over time, every company is going to have to move in this direction,” she says. “The question for any organization is: when?”

Jeremy Stratton is the innovation and jobs editor of The Line. This article is reprinted in partnership with The Line, an online chronicle of Twin Cities creativity in entrepreneurship, culture, retail, placemaking, the arts, and other elements of the new creative economy.