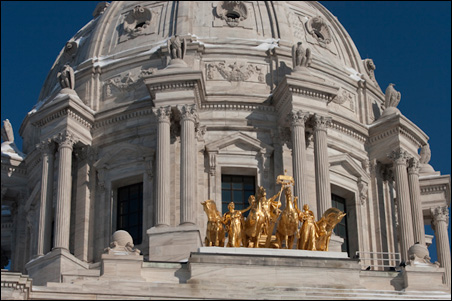 It’s likely Republican legislators will move en masse to St. Paul Thursday. But whether this will be simply for a media show or to put together a budget deal in the hours before a government shutdown takes place is far from clear.

Look at the two scenarios:

• Republicans journey to St. Paul for show. This would mean that no budget deal has been reached between Republican legislative leaders and Gov. Mark Dayton. The Republicans would come to St. Paul, sit down at their desks in their respective chambers and tell the world, “We’re ready to work, but the governor isn’t.”

Presumably, in this public relations gambit, legislative leaders would suggest to their caucuses that collecting per diems would be a very bad idea. Additionally, it’s unlikely any DFLers would show up.

• Republicans would come to St. Paul Thursday for a special session called by the governor to settle this budget dispute, or at least pass some sort of emergency funding bill that would keep government operating.

Scenario One, at the moment, seems the more likely.

Conflicted Republicans
Background conversations with several members of the House and Senate Republican caucuses indicate two conflicting things: Republican legislators are getting skittish about a shutdown BUT they are not going to buck their leaders.

Those conversations reveal that most Republican legislators are being very careful in what they say publicly about the ongoing meetings between their legislative leadership team and the governor.

Even first-termer Sen. John Howe of Red Wing — who earlier this month made headlines by suggesting that the state could solve its budget issues by reforming its tax structure — repeatedly said this morning that he’s not questioning his leaders. 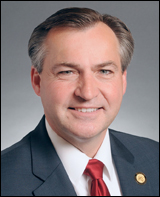 “I don’t want to talk about any sort of reforms until we get this budget bill done,” said Howe, the former mayor of Red Wing.

But Howe also said he’s had personal phone conversations in recent days with the governor regarding some of his ideas that would involve expanding the state’s sales tax while either reducing or reforming the state’s income tax system.

Those ideas, though, can’t be implemented this close to a shutdown, he said. The governor, he indicated, seems to agree with him.

What will happen Thursday, the last day before a shutdown would hit?

Clearing their schedules
Many Republican legislators appear ready to make the trip to St. Paul.

Rep. Dean Urdahl of Grove City said he has canceled a New Ulm book-signing he had scheduled. (Urdahl, a retired teacher, is a prolific writer. His newest book, “Pursuit,” is historically based fiction on the war between the Dakota and Minnesota’s white settlers.)

Urdahl said he cleared his schedule believing that there’s a chance that he will be called to St. Paul. 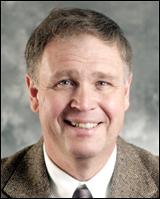 Just whether that call would be for show or for actual work is not clear.

“We’re so close in so many areas [to agreement],” said Howe.

Urdahl seems to agree, especially in the area of his greatest interest, the legislation regarding $450 million in Legacy funding.

The legacy bill — for conservation and arts funding — was held up on the last day of the legislative session over a nasty fight over transparency issues over whether the Lessard-Sams Outdoor Heritage Council should continued to be covered by the state’s open meeting laws. The Senate version exempted the council, an advisory body on outdoor issues, from open meeting laws. House action broke down into a long nonpartisan fight over whether that body should be exempted.

Urdahl said the problems “have been ironed out” and that the Legacy bill would move quickly through a special session vote. (The council would not be exempt in the “ironed-out-version,” according to Urdahl.)

But the consensus among legislators interviewed seems to be that if Republicans do come to the Capitol, it will be “to show that we’re ready to work,” according to one legislator who asked not to be named. That’s a far cry from being called back into special session by the governor.

Republican leaders are keeping in contact with their caucuses through a combination of emails and conference phone calls updating their meetings with Dayton. It sounds as if those communications are nearly as vague as communications with the public.

But one indication that Republican leaders are not budging on their long held no-new-taxes position comes from Sen. Dave Thompson, a freshman senator from Lakeville. 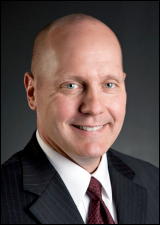 “I get updates now and then,” said Thompson, “but I don’t know any more than you do.”

Still, in the next breath, Thompson, who quickly became a leader of the most conservative elements of the Senate caucus, said that he’s “not concerned with the way they [legislative leaders] have been handling things. … They’re doing it how I would do it.”

Assuming Dayton holds his ground and continues to demand more revenue, Thompson’s comment doesn’t bode well for those hoping a shutdown can be avoided.

Thompson cited last week’s Survey USA poll, which showed that 60 percent of those polled believed that government should be cut going forward, in claiming “Republicans are on the side of the angels” in this dispute.

The poll results were substantially different from an earlier Star Tribune poll that showed a majority of Minnesotans preferred Dayton’s combo-platter of cuts and revenue increases to resolve the budget deficit.

In citing the poll, Thompson didn’t mention that Dayton (with 42 percent approval of his handling of his job) fared far better than the Legislature (23 percent).

Like so many Republicans, Thompson questioned the objectivity of the media in covering the stalemate and issues surrounding it.

“All you guys [the media] were pounding on us for passing the marriage amendment AFTER we got our budget bills done,” Thompson said. “Will you pound on the governor for going to the Gay Pride Parade in the middle of budget negotiations?”

In an op-ed piece in the Star Tribune this morning, Tom Emmer, the GOP’s gubernatorial candidate in November, also chastised the media.

“Contrary to the one-dimensional journalism practiced inside the special air of the State Capitol and in contrast to the public servants and bureaucrats who seemingly talk only among themselves, we the people are no longer interested in politics as usual or politicians as usual,” Emmer wrote. “Republicans have a choice. They can lead us back to prosperity by holding true to the commitment they made to the people last fall or they can slide back into the political easy chair in the name of ‘compromise.’ ”