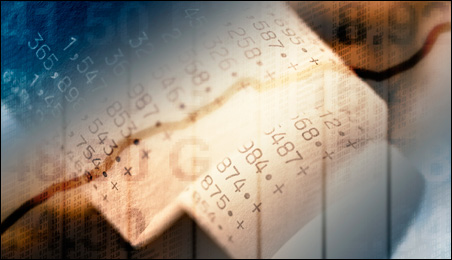 $39 billion. $32 billion. $37 billion. $34 billion. The budget numbers are tossed around at the Capitol with remarkable ease these days.

What do they all mean?

Is it true that such conservative stalwarts as Gov. Tim Pawlenty, House Speaker Kurt Zellers and others once signed off on a $39 billion budget for the 2012-13 biennium that is to begin July 1?

Yes, but with caveats.

Is it possible that even if Gov. Mark Dayton would end up at the Republicans’ “all-cuts” budget figure of $34 billion that it likely would be the biggest budget in state history?

Probably, but it would be very close to the amount the state used in limping through the 2010-2011 budget period.

We’re on the verge of finishing up a biennium on a $34.5 billion budget, which was padded by $2.3 billion in federal stimulus money and reduced by $1.89 billion in a nifty little “shift” of money the state owes to K-12 education.

The big number
So again, start with that big number, $39 billion.

At Thursday’s mercifully brief meeting of the Legislative Commission on Planning and Fiscal Policy, Rep. Paul Thissen, the House minority leader, noted that Republicans, including Zellers and Pawlenty, once signed off on an anticipated $39 billion budget for 2012-13.

Zellers, who was not available for comment for this article, merely looked across the room when Thissen made the comment. The look on his face said: Why bother even trying to explain all of that?

But yes, there once was a $39 billion budget.

Understand, the Legislature is required by law to not only balance the budget for the “next” biennium (in this case, 2012-13), but they’re also supposed to balance the “out” biennium or the “tails” (2014-15) as well.

That’s written into law so that state financing would be predictable, stable, smooth. Working pretty well, isn’t it?

Obviously, lawmakers don’t take the “out” budget very seriously, since they get all bloody just trying to deal with the immediate financing needs.

Kicking the can
The term both Republicans and DFLers use to describe the state’s long-range budget process is “kicking the can down the road.”

DFLers say Republicans have “kicked the can down the road” by relying on shifts and accounting gimmicks, anything but state tax increases, to balance the short-term budget.

Republicans say DFLers have “kicked the can down the road” by constantly growing government.

But in 2009, the Legislature and the governor “balanced” the “out” budget — the “tails,” the budget that was way, way off in 2012-13 — at $39 billion. There wasn’t a straight face in the House, Senate or governor’s office when they came up with that number.

It gets a little complicated why it stuck around.

Remember, in the 2010 session, there was an immediate, big shortfall to deal with in balancing the current budget. Pawlenty did that mostly through controversial “unallotments.” The state Supreme Court ruled that he’d been a little too enthusiastic with the use of his unallotment power.

However, DFLers, who controlled the Legislature, ultimately accepted Pawlenty’s cuts, but they refused to allow those cuts to be permanent. Instead they were to be temporary, ending with this budget period.

Pawlenty and most Republican legislators yielded and that’s how the $39 billion number was preserved when Dayton became governor in January.

One problem with a $39 billion budget: It was $6.188 billion short of reality, and everybody knew it.

The campaign budget number
Throughout the 2010 campaign, which gave them control of both the House and Senate, Republicans argued that they would force the state to live within in its means. The expectation was there would be about $32 billion in revenue for the upcoming biennium and that, by golly, was enough to run government, Republicans argued.

Many in the most conservative portion of the Republican caucuses still argue that $32 billion is enough.

But the Republicans NEVER presented a budget based on $32 billion being in the state checkbook.

The committee chairs were said to be extremely relieved when the February economic forecast showed improving times in Minnesota and that the state could expect to collect $34 billion in revenues in 2012-13.

That became the “checkbook” number Republicans have used to create their “cuts-only” budget, although some caucus revisionists claim that the $34 billion figure represents a compromise on their part.

The other numbers being tossed around have come mostly from the governor’s office.

For all his liberalism, Dayton never took the $39 billion seriously.

His first budget proposal, calling for tax increases and surtax that would have affected the top 5 percent of income earners in the state, would have created a $37.1 billion budget starting July 1. That budget, by law, had to be presented prior to the late February economic forecast. That forecast lowered the deficit from a projected $6.2 billion to $5 billion and the governor immediate dropped his call for the 3 percent surtax on the state’s wealthiest people.

Dayton has moved down from that $37.1 billion number, pointing out continually that he’s been willing to compromise and that it’s the Republicans who have refused to budge.

In his most recent proposal, made last month, Dayton came forward with a budget plan calling for total expenditures of $35.8 billion. He’s come halfway to meeting the Republicans, he says. That’s compromise in his book.

But all the Republicans see are the $1.8 billion in tax increases on the highest 2 percent of the wage earners.