The Minnesota Legislature routinely directs state agencies to produce reports on important public policy issues, and just as routinely leaves them on the shelf gathering dust.

Before the 2012 session, there’s a 47–page report [PDF] from the state Revenue Department that lawmakers should take the time to read and ponder. It examines the topic of “tax expenditures” — the nearly 300 tax exemptions, deductions and credits (some say “loopholes”) — written into state law.

These expenditures total $24.3 billion, or 42 percent of the two-year budgetary pie. However, unlike state appropriations for each biennium, they aren’t reviewed or voted upon. They’re on automatic pilot.

The Revenue Department report, completed in February with the help of six economists and fiscal experts, did not propose repealing any specific tax breaks. But it suggested that the current number of tax expenditures is excessive and recommended that they be subjected to greater scrutiny.

Whether lawmakers will pay any attention is open to doubt. Many of these tax breaks are incorporated into state law to conform to the federal tax code — to simplify tax administration and enforcement. But legislators love adding to the list to encourage certain desired behaviors.

“We call them ‘Fiscal Fritos,'” says Mark Haveman, executive director of the Minnesota Taxpayers Association. “Everyone knows they’re not good for you, but they’re irresistible.”

The problem
So what’s wrong with these tax breaks?

The Revenue Department report said they collide with three guiding tax principles — efficiency, simplicity and equal treatment of equals. Giving one group of taxpayers a break from a given tax complicates the system and shifts tax burden onto the remaining taxpayers.

Narrowing the base subjected to a given tax also can increase its volatility. For years, policy experts have argued that broadening the state’s sales tax to clothing and services would make it less vulnerable to fluctuations in the economy.

Worst of all, tax expenditures largely escape legislative and public scrutiny. Unlike direct appropriations, they don’t appear in the governor’s proposed budget or budget bills, aren’t subject to legislative hearings and aren’t reauthorized every biennium.

In May, the Citizens League issued a paper [PDF] strongly encouraging the Gov. Mark Dayton and the Legislature to make a reduction in tax expenditures “a part of any budget solution.” But that did not happen.

Instead, the 2011 Legislature bestowed another generous tax benefit upon a favored group of taxpayers. It increased the estate tax exemption from $1 million to $5 million — for the stated purpose of allowing farms and small businesses to stay in the family. 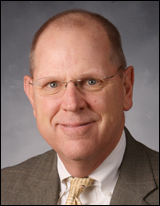 Still, former state Finance Commissioner Jay Kiedrowski, a member of the Revenue Department panel of experts, is hopeful that the report will not be forgotten. “We got a pretty good reception in the Senate Tax Committee,” he said. “Members were really interested.”

The subject of tax expenditures admittedly is a political minefield. What career-minded politician is going to propose eliminating the income tax deductions for mortgage interest, charitable giving or employer-provided health benefits, for example?

Still, there might be room for changes. Along with the feds, Minnesota law allows income tax payers to deduct mortgage interest on second homes. So the state is spending $30 million a year helping affluent Minnesotans buy that lake home while some 13,000 Minnesota adults and children are homeless on any given day. Misplaced priorities?

Another example: Minnesota law allows state and local governments to issue tax-exempt bonds to finance public projects. A 2009 report by the House Research Department concluded that the interest savings of governmental units are exceeded by the loss of tax revenues on the interest earned by purchasers of these bonds.

Beyond that, 81 percent of the $70 million in annual benefits from this tax break flow to the upper 10 percent of household incomes. The state could both save money and improve tax fairness by eliminating the tax exemption on government bonds.

Some solutions
Short of targeting any specific tax expenditure, lawmakers could heed the report’s call to establish a system for their systematic review. Specifically, the report proposed:

• Establishing an eight-year cycle during which every tax expenditure would be reviewed to determine whether it is accomplishing its intended purpose and whether this purpose could be achieved through more cost-effective means.

• Creating a commission to oversee the evaluation process and make recommendations to the governor and Legislature.

• Setting a “revenue-neutral” sunset date at the completion of each evaluation. Unless a tax expenditure was extended by lawmakers, it would expire and the tax rate for the affected tax would be adjusted downward to hold state revenue constant.

“Minnesota is considered a leader in tracking tax expenditures,” the report said. “However, we — like other states — have historically struggled to provide firm oversight once these provisions have been enacted.”

Steven Dornfeld is a former newspaper reporter and editor and former public affairs director of the Metropolitan Council.