This week’s notice from Moody’s Investors Service wasn’t good news for Minnesota, but it wasn’t surprising, either. And, for the moment at least, it doesn’t mean that the state will have to pay more to borrow money for bonding projects.

Essentially, Monday’s notification was a reminder — if anybody in Minnesota really needs it — that the state’s fiscal house is not in order.

The bad news had come last month when Fitch’s had lowered Minnesota’s credit rating from AAA to AA+.

Slightly higher lending rates
In basic terms, that drop means that Minnesota — and likely Minnesota school districts and communities — will have to pay a slightly higher rate (a fraction of a percentage point) more to issue bonds. Bonds issued by public bodies in Minnesota tend to be tied to the state rating.

So are these drops in state ratings — and negative reports — costly? Yes. Back breaking? No.

Jim Schowalter, director of Minnesota’s Management and Budget office, said it’s very difficult to put a precise figure on just how much the lower rating — and Monday’s notification — will cost the state.

He won’t be pinned down on the costs, he said, because the interest rates on bonds changes constantly.

“At any given moment, the interest rate changes,” he said. “It changes second by second, hour by hour. These ebbs and flows really mess with your ability to do comparisons [on costs].”

The big loss is in the area of prestige.

“We’ve lost some of our elite-ness,” Schowalter said. “We’re still better than many.” 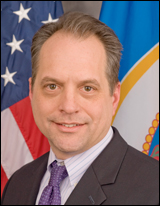 There are eight to 10 states that have held onto that coveted AAA status. Minnesota’s AA1 Moody’s rating is the first step below AAA. It still places the state ahead of such states as Wisconsin (AA2) and Mississippi (AA2) and way ahead of California and Illinois (A1).

The state’s history with Moody’s goes like this: In 1981, Minnesota had a AAA rating, but it was downgraded in 1982 to Aa (Moody’s didn’t have nuanced, numerical differences at the time). In 1993, the state bounced back up to AAA but then fell again to Aa1 in 2003.

“We will make every argument to maintain AAA with them [S&P],” said Schowalter. “But they [the bonding houses] do talk to each other.”

A ratings drop by S&P would be troubling because it would likely have the strongest impact on the rates schools pay to borrow. And, of course, given the funding delays caused by the budget funding shifts, many Minnesota schools have to borrow to stay afloat.

Again, the percentage change would be less than a point. But more cost is more cost.

There are, of course, other difficult aspects to this.

The current budget solution — borrowing and shifts — did nothing to solve the state’s basic financial structure.

Schowalter suspects that the bonding houses are not political. The bonding houses, which act as information services to buyers, probably don’t care whether a balanced budget is achieved through cuts, higher taxes or a combination of the two. But the budget-balancing option that the Minnesota Legislature and Gov. Mark Dayton chose is a loser in the bonding world.

“Minnesota has incorporated non-recurring measures to fix budget shortfalls since 2009, when the economic downturned reached the state,” Moody’s said in its report to investors. “Each subsequent fiscal year the state continued to increase the use of one-time measures for a quick fix, creating a structural budget imbalance in future years.”

The report wasn’t entirely negative. There was, for example, this paragraph:

“The state has a fundamentally strong economy; it is not dependent on any one sector which can lead to economic weakness beyond that experienced by the country as a whole. Employment is diverse, with a mix of manufacturing, services, and trade similar to the nation. Personal income per capita is typically above the U.S. average.”

But the fact is, the state’s fiscal house is not in order. Schowalter said there are hard realities to face.

“It’s hard to repay school shifts [that now amount to $2.5 billion],” he said. “It’s going to take awhile. It requires a financial discipline to pay back shifts. The problem is, the economy isn’t humming. It’s going to take a lot of good economic news [to make the repayments].”

That’s not to say repayment is impossible. Schowalter noted that the state used shifts in 2003 to balance the budget and repaid them in a few years.

Even if the state somehow figures out a way to create a functioning, stable financial operation, how long will it take to regain that old AAA status?

“We’re accustomed to being AAA,” he said. “But we lost it once and it took 15 years to get it back.”

On the other hand, the most recent notification from Moody’s was a slap on the wrist and not another ratings drop.

“It could have been worse,” said Schowalter.