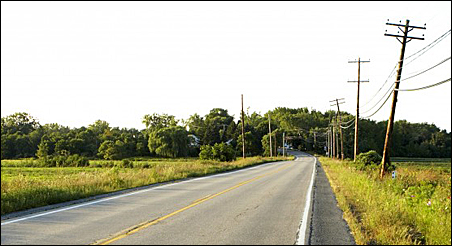 CORBIS
Minnesota may well be funding the upgrading of roads with lower daily traffic counts than your alley.

A few years ago, Alaska’s congressional delegation gained notoriety for securing federal funding for “The Bridge to Nowhere,” a $398 million span connecting the town of Ketchikan (pop. 8,900) to an island with a small airport and 50 residents.

Minnesota may well be funding the construction or upgrading of more than a few roads to nowhere — or at least roads with lower daily traffic counts than your alley.

Under a constitutional amendment approved more than a half-century ago, 29 percent of the state’s highway user revenues are shared with Minnesota counties under a formula written into law at the time and tweaked a few times since.

Under that law, the counties in Greater Minnesota this year received a whopping 79 percent of the $441.4 million in state aid that was distributed. That left 21 percent for the seven metro counties, which have 53 percent of the state’s population.

“There has been a pretty significant rural bias in the distribution formula from the very beginning,” says Nacho Diaz, former transportation planning chief for the Metropolitan Council. “But it has been extremely difficult to change.”

Minnesotans love their roads. “By lane miles, we have the fifth largest road system in the nation,” says Bob DeBoer, policy director for the Citizens League. “The county state aid formula has supported that.”

Formula adjustments
Some modest formula adjustments were negotiated in 2008 by metro and outstate county commissioners, and included in the transportation funding bill enacted that year by the Legislature. Before those changes, the seven metro counties received just 18 percent of the aid designated for the so-called County State Aid Highway (CSAH) system.

Former Washington County Commissioner Myra Peterson, who took part in those negotiations, says, “It was a compromise…It could have been worse.”

Those modest changes were possible only because the 2008 legislation also increased the state’s gasoline tax by 8.5 cents a gallon, creating a larger pie to divide. As Hennepin County lobbyist Bill Schreiber put it, “Nobody had to be a loser.”

The system for distributing county aid dates back to 1956, when the constitutional amendment was approved. Each county was asked to designate roads for the CSAH system. Some counties designated virtually all of their roads for the system, while others were more selective. In any case, their designations were largely heeded by the state.

The distribution formula that was established gives considerable weight to the miles of CSAH roads in each county. Of the 30,552 total miles, all but 2,085 are in Greater Minnesota.

“The amount of money you receive is directly related to the aggressiveness of your county engineer in 1956,” says one legislative observer.

Polk vs. Carver counties
Arguments can be made that even lightly populated rural areas need good roads — to ensure public safety, preserve struggling communities and get agricultural commodities to market.

The suburban counties frequently have complained they are expected to accommodate nearly three-fourths of the metro area’s projected growth — much of it outside of the Interstate 494-694 beltway — but they are not being given adequate transportation resources to serve that growth.

“The core system of roadways in the developing areas has to be expanded …to meet the needs of the growing population,” said the Carver County Board in a letter last year to the Met Council.

The county aid system frequently has been a hot topic at the State Capitol. However, despite the mounting pressure to make the best use of scarce public resources, this system has not been scrutinized by the Legislative Auditor’s office since the mid-1980s.

“CSAH is undoubtedly an issue we should look at again,” says Legislative Auditor Jim Nobles. “The only thing holding us back are the other issues we are asked [by legislators] to look at every year.”

Steven Dornfeld, a former newspaper reporter and editor and former public affairs director of the Metropolitan Council, writes about public policy. He can be reached at sdornfeld[at]minnpost[dot]com.