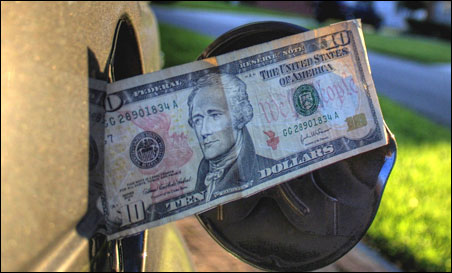 Creative Commons/Sonny Step Up
Americans are traveling more — causing more wear and tear to the roads — and paying less to maintain the system.

If you just swapped your gas-guzzling SUV for a hybrid or a fuel-efficient subcompact car, you’re doing your part to save the planet and reduce our nation’s dependence on foreign oil.

But you’re killing our fuel-based system for funding highway construction and maintenance!

A growing number of transportation researchers and advocates are recommending a change to a mileage-based system of highway user fees. Their conclusions are summarized and amplified upon in a report completed in August by the University of Minnesota’s Center for Transportation Studies (CTS).

The CTS report notes that between 1987 and 2008, vehicle miles traveled increased nationwide by approximately 55 percent while fuel consumption rose by just 34 percent. That means Americans are traveling more — causing more wear and tear — and paying less to maintain the system.

And this gap is likely to widen. The U.S Energy Information Administration estimates that the average fuel efficiency for all light-duty vehicles on the road will grow from 20.4 miles per gallon in 2008 to 28.9 mpg by 2030.

With the projected growth in the number fuel-efficient vehicles, “fuel taxes are not sustainable for funding surface transportation,” the CTS report concludes. 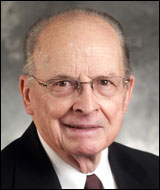 Is a crisis on the horizon? “There’s no question about it,” says Lieder. Every year, he says, there are more and more alternative-fuel vehicles on the road — not to mention bicycles and ATVs — that “aren’t paying their way.”

Of course, one reason is the great reluctance of legislators at both the federal and state levels to increase fuel tax rates and keep pace with the inflationary cost of road construction.

The federal gasoline tax — now 18.4 cents a gallon — has not been raised by Congress since 1993. In 2008 and 2009, the federal Highway Trust Fund required $15 billion in transfers from the general fund just to remain solvent. The federal tax is now set to expire Sept. 30 unless the politically divided Congress reauthorizes the surface transportation funding law.

Minnesota’s 20-cent a gallon gasoline tax was raised by 8 cents as part of the 2008 transportation funding bill enacted over Gov. Tim Pawlenty’s veto. It was the first increase in this tax in nearly two decades.

Contrary to popular belief, fuel taxes “do not come close to requiring users to bear the full cost of their travel,” the CTS report says. In 2009, a national commission estimated that fuel taxes and other users fees account for less than 60 percent of transportation system revenues.

•    Aren’t sufficiently visible to system users, with daily swings in fuel prices masking the taxes and blunting their impact on system demand.

•    Contribute to urban sprawl because of the low per-mile cost of commuting to and from more distant, lower-density locations.

The CTS report says mileage-based user fees (MBUFs) could address most of these problems. Fees could be set to recover the full cost of the highway system, and vary based by the miles driven, vehicle weight, time of travel and the type of roads used.

As a result, the report says, pricing strategies could be employed “that more closely reflect the cost of congestion” and encourage greater use of alternative transportation modes — such as transit, biking, walking and (in the case of shippers) freight rail.

The Minnesota Department of Transportation (MnDOT) currently is testing an approach using commercially available smartphones with built-in GPS devices. The phones are programmed for 500 volunteers to submit information that MnDOT will use to evaluate whether the device provides timely, reliable travel data from that specific trip.

MnDOT also has established a policy task force, headed by Lieder and Edina Mayor Jim Hovland, to examine the implications of implementing mileage-based user fees at some time in the future.

No matter what kind of system is developed, it is likely to be significantly more expensive that the present system of collecting fuel taxes at the pump.

Margaret Donahoe, executive director of the Minnesota Transportation Alliance and a member of the MnDOT task force, notes that 99 cents of every fuel-tax dollar goes for improved transportation. “Nothing is going to be as cost-effective as the current system,” she says.

Privacy issue
Then there’s the concern about creating a system in which government could track the movement of every citizen.

Lee Munnich, principal investigator for the CTS study, says that while there are ways to protect people’s privacy, “it is not a trivial issue. And it’s the first issue that people raise.” 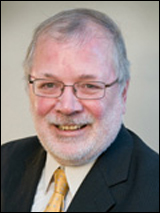 The CTS report recommends a phased approach for change that might include base fuel taxes at the federal and state levels, perhaps reset at lower rates, accompanied by a mileage-based component.

It suggests that the federal government take the lead in developing a system that states could opt into. “You don’t want 50 different MBUFs around the country,” Munnich says.

Steven Dornfeld, a former newspaper reporter and editor and former public affairs director of the Metropolitan Council, writes about public policy. He can be reached at sdornfeld[at]minnpost[dot]com.