The rhetoric surrounding efforts of two unions to organize day-care providers is scorching.

The conservative organization, Minnesota Majority, fired off this message to its followers regarding efforts of the American Federation of State, County and Municipal Employees and the Service Employees International Union to organize day-care operations:

“We have heard the stories of union thuggery taking place throughout our nation. Now imagine having members of these same unions in your home or child’s daycare center!”

Tony Sutton, chairman of the state’s Republican Party, had this to say in a statement: “Let’s be honest: AFSCME and SEIU are not interested in creating a better environment for children in daycare. They are interested in the potential union dues of 12,000 new members, much of which is funneled into campaign contributions to political candidates, including our governor, willing to do the union’s bidding — even if that means daycare providers will raise prices on parents to compensate providers for union dues.”

House Republican leaders Kurt Zellers and Matt Dean wrote to Gov. Mark Dayton telling him that signing an executive order placing day-care providers in unions would be beyond the scope of his power. Beyond that, they wrote: “Simply put, the action you are proposing to take will kill jobs in Minnesota and increase costs to Minnesota families. This would be unwise given the current economic conditions we face in Minnesota.”

Republican legislators are joining the fray, with both the Senate and the House planning to hold “informational hearings” on the issue.

The title of that hearing may give a hint of the committee’s view on the subject: “Unionization of Private, In-Home Child Care Providers.”

The Senate also has announced that it will hold “hearings” and had one scheduled for 6 p.m. Thursday but is holding off so interested parties could attend both sessions. Sen. David Hann, R-Eden Prairie, and Sen. Mike Parry, R-Waseca, will lead the Senate hearing. 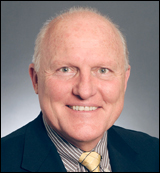 As of late Tuesday morning, union leaders said they had not been invited to participate in the hearings.

Eric Lehto, organizing director for AFSCME, has a fiery response:

“They [conservatives] say they love kids but then cut programs that help the kids of working class families.”

Rhetoric obscuring big issues
Lost in the heat were the big issues (the declining state subsidy to support day care for low-income families) and the more subtle issues as well, including efforts to create a union movement in keeping with the times.

The only providers who would be affected by this organizing effort are those who operate small day-care operations from their own homes.

Although day-care providers are organized in 14 states and organizing efforts have been under way in Minnesota since 2005, it is coming to a head now for a couple of reasons:

• As part of the state’s effort to balance the budget, the day-care subsidy program for lower-income families was cut. Those cuts not only affect families but also day-care providers. This reality has made many — though certainly not all — day-care providers interested in signing cards stating they approve of the idea of joining a union. After all, higher subsidies to families should mean higher pay for day-care services.

• Dayton has succeeded Gov. Tim Pawlenty, who never would have entertained the idea of signing any document that would have extended unionization to any organization.

Pawlenty, it should be noted, inadvertently helped spur the union drive by once referring to day-care providers as “babysitters.”

That was a nice set up for organizers such as AFSCME’s Lehto. Day-care providers, he says, “have to have the wisdom of a parent, the knowledge of a teacher, the heart of a social worker, the healing power of a nurse and the business savvy of an entrepreneur.” 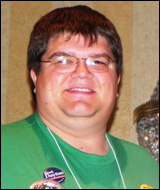 For his part, Dayton hasn’t been clear on how, when or if he’ll deal with the issue. He has made it clear that he won’t authorize anything until providers actually vote on joining unions.

Dayton’s proclamation is a disappointment to union organizers who believe that Dayton has the authority to simply sign off on a unionizing effort, once a majority of the providers have signed cards authorizing unionization.

AFSCME, the organizing union in the metro area and areas north in the state, has independent auditors’ statements showing it has had cards from a majority of providers in its areas since last December.

SEIU, which has been organizing in regions south of the metro, says it is “close” to having a majority of the providers signing cards.

It is not yet clear whether providers who don’t want to become part of the union would be forced to join in the future. Nor is it clear whether SEIU and AFSCME would each represent a segment of the providers.

In the midst of the political rhetoric, there are three major players.

Families
The state’s child-care assistance program, a function of the Department of Human Services, is budgeted to pay out $436.2 million this biennium, a 2 per cent decrease from the previous biennium. Those funds come from both the state and federal government.

Hard economic times have created more need of help for more families in terms of child care. And studies have shown that early childhood learning is crucial to later educational success.

That means the pressure is on for parents to find the “right place” for their kids.

For two fundamental reasons, the vast majority of kids in day care are placed in small, in-home centers. The in-home operations are considerably less expensive than the free-standing centers. Additionally, the larger centers are virtually non-existent in much of Minnesota.

Currently, there are about 80,000 children in the larger day-care centers and about 180,000 in the house-on-the-corner operations. About 30,000 children a month are members of families receiving subsidy help.

Foes of the organizing efforts say that unionization of the small operations would raise costs to families who, in many cases, already cannot afford child care.

The unions counter that they would give day-care operators a stronger presence at the Capitol in raising subsidy levels, which currently are below federal recommendations. Larger subsidy programs, the unions argue, would benefit more Minnesota kids.

The unions insist they would not establish the rate families pay to operators. Rates will continue to be a private negotiation between operators and families.

Providers
Harsh economic realities means the number of those small day-care providers has shrunk from a high of around 14,000 a few years ago to about 11,000.

The brutal economy has meant that many families — even with the help of subsidies — simply can’t afford day care. Before this year’s cut to subsidies, there was a freeze on day-care subsidies dating k to 2006.

Those two factors have spelled the demise of many small day-care operations, even though the need remains high.

But it is those economic realities that have created the split among day-care operators over whether union organization would be a savior or simply another burden.

Organizers argue that a union presence can help improve the economic climate for these small businesses. For starters, there would be a stronger voice at the Capitol.

Additionally, though, they point out that they could help with such things as health care. At the least, unions argue, they could set up a large health care purchasing pool that would lower costs. Perhaps, in the case of AFSCME, those day-care operators even could end up on state employee programs, a thought that makes Republicans twitch. 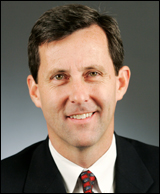 Downey, a foe of this organizing effort, consistently stands in opposition to issues supported by unions.

Finally, the unions argue they could help in training small day-care operators as expectations of what day-care centers provide children rise.

Currently, there are surprisingly minimal requirements for a license to operate a day-care facility. Operators must pass a criminal background check, offer a safe environment, take some basic training and be willing to open the door to drop-in inspection.

But far more sophisticated child-care ratings systems are surely part of the future as expectations rise for pre-kindergarten training. That likely means a more competitive environment for operators in the near future.

The unions
Obviously, the addition of 11,000 new members — or even half that number for each of two unions — is a powerful incentive for both AFSCME and SEIU. But, just as obviously, unions can’t survive unless they provide a service to members.

The unions say they can deliver those services.

But there’s a bigger issue in this drive — and the efforts to block it.

In many ways, these small day-care operations represent the new U.S. workplace, one filled with independent contractors. For better or worse, more and more companies are relying on contract employees to do work once done by full-time employees, who drew wages, benefits, perhaps even pensions. (Some of the journalists at MinnPost, for example, work as contract employees.)

Presumably this workplace model is only going to grow as large companies look for ways to cut costs.

Unions go where the workers are.

“This campaign reflects an effort within the labor movement to develop a strategy and form that responds to the structural reorganization of work and employment under neo-liberalism,” said Peter Rachleff, a labor historian and professor at Macalester.

Isolated contract employees have similar interests but virtually no voice, Rachleff and other union advocates point out.

He can imagine a future in which these independent employees organize and create many traditional union backdrops.

Independent contractors, he said, could “organize hiring halls, keep lists of bad employers, lobby for laws which would extend protections of various sorts and lobby for state funds for social services.”

It is this bigger picture, efforts by unions to expand, that likely is the reason for the scorching rhetoric.