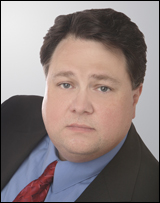 The state’s Republican Party may not have become a bigger tent, but it sure got a lot quieter Friday when outspoken Tony Sutton announced he was stepping down as party chair.

In retrospect, it should have been clear that Sutton was being worn down by harping among the very activists he did so much to cultivate.

In recent months, the normally ebullient Sutton was subdued.

Criticism within party was mounting
Presumably most of that criticism surrounded the party’s $500,000 debt and Sutton’s decision earlier in the year to take a salary for a job that he’d once done as a volunteer. (Sutton’s DFL counterpart, Ken Martin, also works for a salary.)

All of that criticism was about to erupt in a Saturday meeting of the Central Committee where the party’s financial status was to be discussed.

Sutton, 44, avoided the firing line by stepping down as chairman. It’s unclear whether he was encouraged by party insiders to come to his decision to resign.

There were signs of bitterness in Sutton’s farewell, understandable given the fact that it came just 13 months after the party’s historic success in state legislative races.

In a long letter to members of the party issued Friday, Sutton made reference to the “Monday quarterbacks who always have the right answers in hindsight.”

The man who has spent most of his adult life as a party activist also had this to say: “We all make sacrifices for the Party — however, I feel I have made more than my fair share.”

Sutton letter details ‘regrets’
For example, in his letter, Sutton referred to several “regrets,” including the impact of the “loss” of the state’s PCR program (political contribution refund) had “a devastating impact on our small dollar fundraising.”

Under that program, small donors received a dollar-for-dollar refund from the state for contributions of no more than $50 per individual.

Although Republicans often complained about the program, the GOP traditionally benefited more than the DFL. The program was “unallotted” by former Republican Gov. Tim Pawlenty.

But small donors weren’t the only folks who stopped digging deep. For all the cultivating of business, Sutton said in his letter that the party’s bottom line also was hurt by the lack of excitement “the business community” showed for the governor’s race.

On the plus side, he said he’s had record success in attracting major donors to the party at a time when political parties are competing with political action groups of all shapes and philosophies for dollars.

Another regret, he said, was taking part in the recount in the governor’s race between DFLer Mark Dayton and the GOP’s Tom Emmer: “I was approached the morning after the election by the campaign manager and campaign chairman for the Emmer campaign and asked if the Party would take on the recount because they could not. With the advantage of hindsight I should have said no and endured the political heat. However, I thought at the time it was the right thing to do.”

Now the big question, of course, is where the GOP activists will turn for leadership.

Kelly Fenton to be interim party leader
For the moment, Kelly Fenton, who succeeded controversial Michael Brodkorb as the party’s deputy chair by winning election for that position on Saturday, will lead the party in the interim. Under the party’s rules, the Central Committee will elect a new party chair within 30 days.

Can anyone can lead the party at least a few steps back to the middle? Does anyone want to?

Recall that in one of his more colorful outbursts, Sutton blasted Republicans who endorsed Independence Party candidate Tom Horner, instead of embracing the GOP’s Tom Emmer.

“There’s a special place in hell for those quislings,” Sutton said  of those Republicans who opted to work for Horner.

But it wasn’t just old-timers who bristled under the Sutton-Brodkorb version of Republicanism.

There are current GOP legislators who found Sutton, and especially Brodkorb, out of line in their efforts to control every action of every GOP legislator.

If a legislator dared stray from the party line on policy issues, there was a threat that the legislator could be stripped of endorsement by the activists back home.

Not surprisingly, in accepting her new role, Fenton tried to appeal to everybody.

She acknowledged the activists, those purists who once cheered Sutton.

“We have the strength of faith and conviction and dedicated grassroots activists that understand what is at stake in 2012,” she said in a statement Saturday.

But she also made reference to “building coalitions and reaching out to new voters.”

That may be hard to do in a year in which there will be so much passion around the marriage amendment, which will be on the 2012 ballot because of the work of the so-called moral conservatives and the Republican majorities in the House and Senate. That amendment would restrict marriage to a man and a woman. It is the sort of policy work that has led many moderates to flee the party.

The party also faces the huge task of finding a credible candidate to run against U.S. Sen. Amy Klobuchar.

Since summer, Sutton vowed that a major candidate would be ready to step into that race.

Summer and fall are gone, and now Sutton’s gone, too.

There’s still no serious Senate candidate. And for now, no party chair, either.