The attempted firing of the director of an organization that most Minnesotans probably have not heard of may create another black eye for Republicans.

Most believe that the firing — or attempted firing — came at the hands of House Speaker Kurt Zellers, who is chairman of the Legislative Coordinating Commission, the umbrella organization for a wide range of state commissions.

But it’s not at all clear whether either Zellers or the LCC has the right to fire Thornton. No one, by the way, is suggesting that Zellers/LCC is dismissing her based on poor performance. Rather, it was suggested to her that the LCCMR is going in “a new direction.”

Dismissal shocks commission members
That new-direction business comes as a profound shock to the 17-member commission. At the commission meetings, there never has been any discussion of a “new direction.”

Get past the tangled web of government acronyms and this is a story covering everything from global warming to hyper-partisanship to what may be over-reach by Zellers and the LCC in believing they had the power to fire Thornton.

Start with this: The LCCMR, which was formed in 1963, is a nonpartisan outfit that makes recommendations on how money from the Lottery trust fund should be used in bettering the Minnesota environment. That amounts to about $25 million a year. 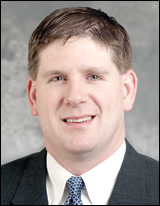 A 17-member commission — five state senators, five state reps and seven citizens appointed by a combo package of the Senate, House and governor — recommends, by consensus, to the Legislature how the money should be spent. Typically the funds have been used to do everything from purchasing land, to mapping, to paying for environmental education programs, to funding institutions studying the effects of global warming.

Legislatures of the past have “tweaked” funding.

But when Republicans took control of the Legislature, the tweaks turned into major changes. Funding for projects that might involve such issues as global warming was slashed, according to some commission members. Those funds then were used to backfill budget areas that were being cut by the Legislature.

Thornton, according to commission member Jeffrey Broberg, was warned by Republican legislators that “she wasn’t working closely enough with the caucus.”

Broberg said that Thornton responded by saying that the commission is nonpartisan and that it was her job to work on behalf of Minnesotans.

“I think they [Republican legislators] want to take a partisan, anti-science approach,” said Broberg, a longtime citizen member of the commission. “Anything that has to do with environmental education or global warming is being slashed.”

Broberg would seem to have credibility in all of this because he’s been appointed by both a Republican (Steve Sviggum) and a DFL (Margaret Anderson Kelliher) House speaker.

Officials not talking
Zellers is not commenting on what has been unfolding or why he thinks he or LCC Director Greg Hubinger has the power to fire Thornton.

“We do not comment on personnel matters,” a House spokesman, Kevin Watterson, said.

He did elaborate a bit in talking to the Star Tribune, telling the paper that “authority on such a decision is ‘undetermined.’ The Republican leadership believes that ‘in a roundabout way’ it has such authority over all unclassified legislative employees, he said.”

Hubinger, too, said he could not comment on personnel matters.

Thornton referred calls to attorney Vince Louwagie, whom she hired recently when it became clear she was on thin ice with Republican leadership.

Louwagie, like members of the LCCMR, questions whether the Zellers-led LCC has the right to fire Thornton.

Under his reading of the organization’s bylaws and statute, the LCCMR has the power to hire — and therefore fire — its director.

“We don’t think anybody but the commission [LCCMR] itself has the authority to hire or fire her,” Louwagie said. 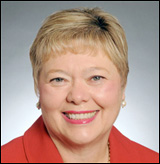 Sen. Linda Higgins, DFL-Minneapolis, a member of the commission, agrees with that assessment. She noted that the LCCMR made the decision to hire Thornton, who had been on the commission’s staff, as the director in 2008.

Higgins is convinced that partisan politics is behind all of this.

“At the very beginning of the session, it was being made pretty clear that the Legislature wouldn’t pass the recommendations if they contained funding for things like climate change,” Higgins said. “I felt really sorry for the citizen members. They’d worked their tails off to come up with consensus and balance.”

Rep. Denny McNamara, R-Hastings, says that not “all” funding for programs dealing with climate issues were cut by legislators.

“Some programs didn’t end up being funded,” McNamara said. “There was an effort [by the Legislature] to put more of the money on the ground.”

But Broberg, the citizen member, says the actions taken by the Legislature and the ham-handed effort to fire Thornton without so much as consulting the commission undermines the very purpose of the LCCRM. “We were formed to be nonpartisan,” he said.

Legislators differ on motive, authority questions
McNamara, who became chairman of the House environmental committee when Republicans took control of the House, does seem to have a different view of the function and autonomy of the LCCRM. Although he has not studied the issue, he believes that there was no reason that the LCCRM should have been consulted when the decision was made to fire her.

“I believe it’s the LCC that has ultimate say,” said McNamara, adding that at this point that means Zellers is in charge.

The job of being chairman alternates each year between the House speaker and the Senate majority leader, a job that is currently vacant.

McNamara dodged questions about whether he knew in advance that Thornton was to be fired. He said it would be “inappropriate” to comment on what he thought of Thornton’s work.

“It’s an advisory committee,” McNamara said, adding that he had told other members of the commission that as chairman of the House environmental committee, he’d be “evaluating the recommendations” made by the commission.

“This is coming out of the blue,” said Broberg. “She has the support of the commission. We’ve worked hard to stay nonpartisan; there’s a commitment to deal with issues in a scientific way.”