In 2008, Minnesotans voted to increase their taxes by passing the Outdoor Heritage, Clean Water, Parks and Trails and Cultural Heritage Amendment.

Likely, there were two main reasons for the passage of an amendment that increased the state sales tax by 3/8 of 1 percent:

–There likely is a basic fear that politicians could not be trusted with protecting, or rehabilitating, these precious resources.

So how’s it going so far?

The legislative auditor’s report released Wednesday showed no smoking guns of any misuse of the $457,033,000 raised by the tax for fiscal years 2010-11. (This report didn’t cover the cultural heritage portion of the amendment.)

Yes, the Department of Natural Resources, the Minnesota Pollution Control Agency and the Board of Water and Soil Resources need to clean up some of their accounting and billing methods. But it appears no one is driving off in a new Mercedes with Legacy money, either.

But the big question — are Minnesotans getting what they really wanted — isn’t really answered in the report.

The audit also makes it clear that whenever more than $450 million is on the table, there will be political fighting.

Recall, there are a variety of groups charged with making recommendations on how the funds should be spent.

For example, 33 percent of the legacy money collected goes to clean water.

There is a council that makes recommendations to the Legislature on how to spend the clean water money. But even though there are not labels such as DFL or Republican behind the names of council members, this clearly is a body that is filled with potential conflicts of interest, as well as political philosophies.

This is a mass of conflicting interests and, perhaps, conflicts of interests. Nobles noted that the council at present has no conflict-of-interest policy.

And unlike state legislators, these members don’t face elections. 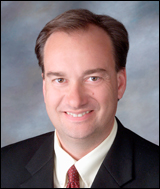 There’s nothing inherently evil about such councils. But apolitical? Hardly.

Typically, the Legislature adopts recommendations made by these councils that oversee funding.

In Hansen’s view, “The Legislature has outsourced the hard decisions.”

It should be noted that Hansen was tossed off the Lessard-Sams Outdoor Heritage Council, which oversees use of 33 percent of the Legacy funds. Those funds are to be used to enhance habitat for fish and wildlife. His sin, he believes, was not going along with the recommendations of the council.

Nobles planted one other major warning flag in the audit — that the intent of the amendment is to supplement existing programs, not supplant them.

At least some anamong the Legislature’s Republican majority have suggested using legacy funds to backfill behind budget cuts to such departments as the DNR and the MPCA. To date, that hasn’t likely happened, but the temptation is great — and the line is often hazy.

Rebecca Flood, an assistant commissioner at the MPCA, talked about that hazy line when the audit was released Wednesday.

Flood spoke of how her agency has had a water-quality monitoring plan for years. But that plan was based on monitoring each of the state’s 12,000 lakes and scores of rivers over a 100-year cycle.

Now, with the infusion of legacy money, the agency can monitor on a 10-year cycle.

That’s not using legacy money to do a previously existing task, she said. That’s “dramatically ramping up” an existing program.

Again, the audit didn’t come up with any major violations of voter intent to supplement, not supplant.

Nobles noted that this audit offers only “an early look.”

Legacy money, meanwhile, will keep pouring in until 2034.