While Congress was holding the nation hostage last summer over the federal debt ceiling, American Crystal Sugar executives were girding themselves for a labor standoff.

On Aug. 1, American Crystal locked out about 1,300 union employees, most of whom work in the five factories that dominate the prairie landscape in the Red River Valley.

The threat of a strike or lockout usually offers enough incentive for both sides to move off of their positions and reach a tentative deal as a deadline looms. But there was a labor-management breakdown in Moorhead.

Tragically, the American Crystal lockout has entered its sixth month. It raises the question of whether this dispute will leave the bitter scars of the 2005 Northwest Airlines mechanics strike and the 1985 Hormel meatpackers strike in Austin.

The foremost responsibility of union leaders is to negotiate the best possible deal, which can only be determined by making an honest assessment of the workers’ leverage. If a strike or lockout occurs, can the company operate indefinitely with replacement workers? Can the company find qualified replacement workers? Does management have an unspoken desire to break the union? What kind of wages, benefits and work rules are showing up in other union contracts around the country? Can the union members and their families financially survive a long strike or lockout? 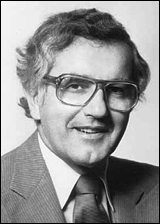 Answers to those questions largely will determine how the American Crystal conflict ultimately ends.

In the Hormel and Northwest disputes, management pressed for wage cuts, union leaders pushed back, long strikes ensued and many union members lost their jobs.

In the Hormel strike, where DFL Gov. Rudy Perpich called out the National Guard, union members were hurt by fighting within the union family. At the national level, the United Food and Commercial Workers took over the controversial Local P-9 and put a trusteeship in place.

A deal was reached more than a year after the strike started.

Northwest dispute
Northwest Airlines, which filed for bankruptcy a month after the mechanics strike began, was seeking double-digit wage concessions from a work group that saw waves of layoffs in the years preceding the strike. Like American Crystal management, Northwest chose Strom Engineering to find replacement workers. After mechanics walked off the job in August 2005, the airline continued to operate with replacements. As members of the Aircraft Mechanics Fraternal Association continued to picket at airports around the United States, some union members and former union members crossed picket lines and Northwest benefitted from their experience as skilled mechanics.

The Northwest mechanics strike wasn’t resolved until late 2006. The strike lasted 444 days, the same length as the Iran hostage crisis. Northwest Airlines merged with Delta Air Lines in 2008 and today the combined work group is nonunion.

The Hormel and Northwest strikes were devastating to working people and they occurred before the Great Recession took a direct hit on middle-class Americans.

The Hormel and Northwest cases are not perfectly analogous to the impasse at American Crystal. But they are cautionary tales with lessons for labor and management. 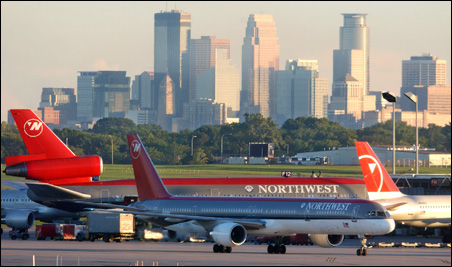 Union leaders and rank-and-file members have to be savvy about calibrating their leverage, and that sometimes means getting most of what you want and living to fight another day.

Lengthy strikes and lockouts are usually bad for business in the short run and long term. Even if American Crystal and the Bakery, Confectionery, Tobacco Workers and Grain Millers union can forge a deal soon, the healing process likely will take years.

In this labor negotiation, American Crystal has offered a pay raise, but union leaders are worried that there are loopholes in the job security language. The two sides also are divided over health care costs.

That sugar program has enjoyed political support from beet growers and union members.

If an ugly labor impasse persists as American Crystal intensifies lobbying on the farm bill, the company certainly will get more scrutiny in Washington. That’s why American Crystal can’t overplay its hand with labor.

U.S. Rep. Collin Peterson, who has represented Minnesota’s 7th District since 1991, understands the political and economic fallout that will occur if this conflict lasts much longer. Peterson is the ranking Democrat on the House Agriculture Committee, which he formerly chaired. He’ll be a lead actor on the sugar program debate.

The blunt Peterson may be the one politician who can nudge both sides back to the bargaining table and get them moving toward an agreement. Peterson previously warned about the danger of allowing this standoff to linger into the winter.

Union families are suffering and American Crystal is waging a high-stakes gamble through the lockout. Some more straight talk from Peterson, serving as an honest broker, might help to break a logjam that’s already created an abundance of harm.