The fired state Senate staff member has turned the metaphor on end Thursday by claiming that his dismissal as that body’s communications director for an affair with his boss amounts to gender discrimination. To prove that claim in a state or federal lawsuit, his lawyers said he’s prepared to identify Senate colleagues who had their own encounters with sex and politics and were treated differently.

Brodkorb, dismissed by the Senate last December when hints of his affair with then-Senate Majority Leader Amy Koch first surfaced, raised the stakes at a news conference held by his lawyers.  Even by Brodkorb standards, the response to a statement by Secretary of the Senate Cal Ludeman breaking off mediation and accusing Brodkorb of extortion was lightning quick and brutally direct.

Judging by the media scrum at the news conference where Brodkorb’s attorneys outlined their legal strategy, the lawsuit, if it’s not short-circuited by a mediated settlement, will be more than a minor distraction in the Senate Republican caucus.  Senators are already taking time away from official duties to disavow knowledge of pending litigation and, by inference, any suggestion their private lives might be under scrutiny.

Brodkorb attorney Phil Villaume made it clear that, at least for now, no names would be made public if he and Brodkorb deposed senators and staff — male and female – in an attempt to show that their affairs did not result in termination, as did Brodkorb’s.

These developments prompted one state senator, who asked not to be identified for reasons you can imagine, to lament: “The caucus is not a safe place to talk.”

A day that shook the Capitol was a vivid illustration of how much times had changed since the days of Brodkorb’s iron-fisted control as the savvy strategist and communications chief.

Since he was ousted, GOP senators are airing at least some dirty laundry publicly. For example, when GOP Sen. Chris Gerlach was revealed as the owner of the company that sent out mailers urging support for a right-to-work amendment, the issue was raised, not by a DFLer, but by Republican Sen. Julianne Ortman.

The amendment itself has sparked open caucus dissension. When jobs committee Chair Geoff Michel predicted the amendment would not pass out of his committee, author Dave Thompson was forced into a legislative bypass to get the bill, a proposed constitutional amendment to eliminate union membership as a job requirement, into friendlier committee territory. 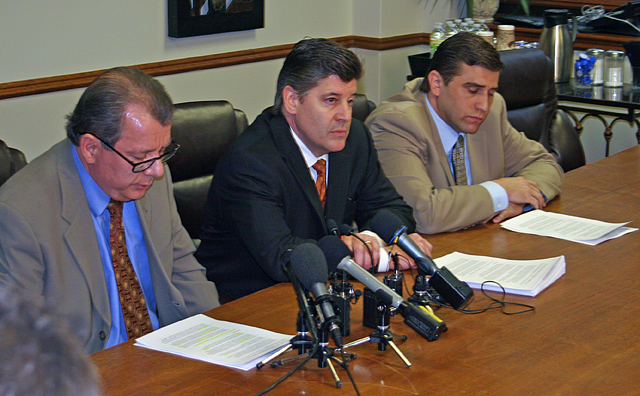 That some Republicans consider the bill political poison might have prompted Brodkorb to allow it to die a natural death.  He feared that constitutional amendments, including the marriage amendment that passed the Senate last year with 100 percent Republican support, could backfire. In fact, some opponents lobbying to defeat the marriage legislation say Brodkorb, whether through personal conviction or political shrewdness, was trying to keep such a divisive issue out the legislative session.

But even a bitter debate over social issues would be welcome to Steve Sviggum, Brodkorb’s replacement as communications director. At least the question would be directed at policy. Republican senators, at the start of the 2012 session, had high hopes of moving past the Brodkorb-Koch affair into a tight focus on government reform, a bonding bill and maybe stadium legislation.  Now, every Senate news conference, regardless of the topic, will likely include a set of questions that are extremely off-message.

Brodkorb would sympathize with his successor’s dilemma. Message control was his forte. And if the message was in response to an attack, Brodkrob made sure it was twice as deadly.

Even though Brodkorb was not at his attorneys’ news conference, his voice was heard. In a response to Ludeman, the sheet of talking points, the copies of the notice of legal claims and the language of the attorneys all had the Brodkorb imprint. Villaume, in so many words, described Ludeman as a bumbling hothead who overreacted to a media leak of Brodkorb’s unlawful dismissal claim filed with the state attorney general. 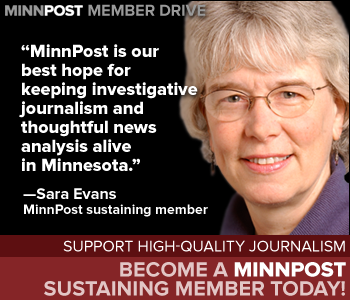 “The dishonest and factually inaccurate press release issued by the secretary of the Senate warranted a formal press conference,” Villaume said. “We are shocked and dismayed by the unprofessional and aggressive tone of the statement. Believing that Mr. Brodkorb had leaked the document, which he had not, Mr. Ludeman issued his over the top attack. It’s another example of how poorly he and the Minnesota Senate have handled what we consider to be this unlawful termination.”

Brodkorb’s legal team said they are prepared to name names if they move to litigation. “This is the only way to do it,” Villaume said. “We have alleged that our client was treated differently than other similarly situated employees who had relationships with members of government.”

Members of the Senate have reason to fear Brodkorb’s revenge. His meticulous attention to detail extended to knowledge of his colleagues’ private lives.  His commitment to a cause (in this case, himself) would be justification enough to use that information, especially since he sincerely believes he was wronged.

Brodkorb is seeking upwards of a half million dollars in damages. Villaume justified the monetary amount this way: “His career has been irreparably damaged. He’s having a very difficult time finding new employment.”

But in terms of a public relations tour de force, Brodkorb may want to put this effort on his resume.