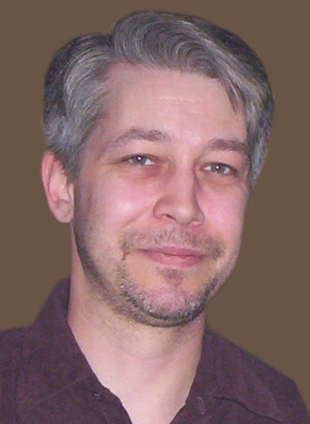 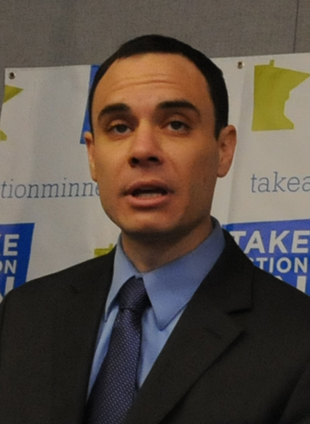 Dan McGrath is executive director of Minnesota Majority, a conservative advocacy group lobbying in favor of a bill to put a proposed constitutional amendment requiring voters to show photo ID on the ballot in November, among other issues.

Dan McGrath — no relation — is executive director of Take Action Minnesota, a progressive advocacy group lobbying against the measure, among other issues.

Call either of them and ask about this and you’ll get the same initial response: A slow, resigned exhaling of breath, followed by a low chuckle that clearly reads as “Alrighty then, we’re going there,” followed by a joke.

“I get regular calls from people saying I’ve been misquoted in the paper,” continued the former.

“Any time Dan from Take Action is quoted in the paper or writes an op-ed, my phone starts ringing off the hook with people saying, ‘Have you lost touch with your senses?’” the latter added.

“Our world views could not be more different,” the former concurred.

It’s funny until it isn’t, the McGraths agreed.

Like the article about a Take Action fundraiser that quoted only one Dan McGrath, the one who wasn’t invited.

McGrath the latter can identify with that: “Just recently there was some speculation going around that I was playing both sides of the field.”

But for the longest time their shared name posed an issue only when the press was around. “It causes reporters a lot of problems when we both show up at press conferences,” said Minnesota Majority’s Dan McGrath. “A lot of times they just decide to leave us out of it altogether.”

Occasionally, it’s the topic of a little good-natured ribbing.

“We did have a Dan McGrath-off,” noted Take Action Minnesota’s Dan McGrath, referring to a recent episode of the online public affairs program Capitol Conversations, produced by Minnesota Capitol News.

The show’s hosts, journalists Marty Owings and Ahndi Fridell, settled the grudge match by dubbing them Dan McGrath No. 1 and Dan McGrath No. 2. Minnesota Majority’s Dan McGrath got to be No. 1 because he was born first.

The coincidence got wacky fun-fact treatment from “The Young Turks,” a pair of satirical political commentators whose send-ups can be found on cable’s Current TV. The McGraths came to the attention of the Turks when Take Action criticized a pro-voter ID ad produced by Minnesota Majority that included an African-American man in prison garb and a Mariachi as examples of fraudulent voters.

McGrath No. 2 held a press conference denouncing the ad as race-baiting. McGrath No. 1 responded by accusing Take Action of “playing the race card.” The Turks proclaimed the name wrinkle “the best part” of the saga.

Cub reporters are taught to ask people with common names for their middle initials, so Bob Q. Smith doesn’t have to explain to his boss why he showed up in a newspaper story about Bob K. Smith’s conviction for larceny.

(You’re probably wondering what we were wondering right about this point: According to the database gurus at the Hennepin County Library, there are 10 Minnesota phone subscribers named Dan McGrath. Six of them go by Daniel, two share the middle initial S and two P. There is also a Danielle McGrath.)

Informed of this further coincidence — we called Dan McGrath No. 1 second —Dan Patrick McGrath pushed back. He has spent his whole life referring to himself without a middle initial and is disinclined to start.

As is Take Action’s Dan McGrath, who has clearly done a good bit of thinking about differentiating himself and his group. He plans to be quoted in public affairs coverage for years to come, he said: “My full-time job is building an organization that has 14,000 dues-paying members as well as 27 member organizations. His job is to get himself in front of the camera.”

Final, bonus bits of Dan McGrath arcana: Both of the gentlemen in question are of Irish descent. No. 1 is named for his father; No. 2’s dad, who is from Milwaukee, is not a Dan.