A year ago, even a divining rod would have been tempting to a reporter trying to tease out details about the workings of the American Legislative Exchange Council (ALEC). The group’s corporate, ideological and lawmaker members wouldn’t admit to an association, much less describe the model bills cooked up at its cushy confabs.

Today, it’s like shooting fish in a barrel. One need only pick up one of the 4,000 documents recently obtained by Common Cause, which has filed complaints against the group here and at the national level, and out tumble nuggets of political chicanery.

Exhibit A: The agenda from last week’s ALEC meeting in Charlotte, N.C., where its task forces polished proposed bills that are likely to pop up in the next legislative session here and around the country.

At the meeting, ALEC’s Civil Justice Task Force considered a proposal entitled the ALEC Attorney General Authority Act. The boilerplate is pretty impenetrable — one more reason lawmakers don’t write these themselves — but the summary attached for members’ advance consideration lays out the gist pretty neatly:

“Just as a private attorney cannot bring a suit on behalf of a client without the client agreeing and authorizing such action, and then only within the guidelines allowed by the client, so it should be with the attorney general. Rather than an attorney general deciding on his or her own what authority the office may have to bring a lawsuit, the authority should be defined by the state as reflected by the specific decisions of the legislature via statute. The legislature, not the attorney general, is best positioned to balance the competing concerns that go into the decision of whether to allow a cause of action and under what circumstances.”

In even plainer English: AGs, who are typically the consumer’s lone public advocate these days, may not file suit against, say, a tobacco company, a mortgage fraudster or a national company flaunting state law, unless the legislature passes a bill saying he — or in our case, she — can.

“This legislation would have prevented [an attorney general] from suing tobacco manufacturers in the ‘90s for tobacco-related health costs associated with the Medicaid program,” said Mike Dean, head of Common Cause of Minnesota. “It is easy to see why corporations would want to stop these types of lawsuits because tobacco manufacturer were forced to pay $6.1 billion in a settlement to the state of Minnesota.” 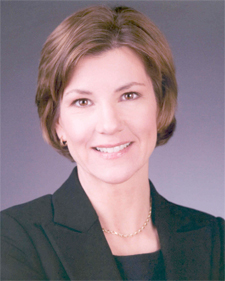 The legislation could have stopped the lawsuit that state Attorney General Lori Swanson filed against Accretive Health for its debt collection practices, he added.

Dean earlier this week asked Swanson and the state’s Board of Campaign Finance and Public Disclosure to investigate whether ALEC misrepresented itself to the AG’s charities registry and is skirting lobbying disclosure laws.

“It is fitting that after Common Cause states around the country began to call on state attorney generals to hold ALEC accountable, that ALEC drafted legislation to weaken the office of attorney general,” Dean said.

The proposed law would also force the AG, when she does take action, to first exhaust all administrative remedies: “For example,” explained the summary the group sent to members in advance of last week’s meeting, “just as a citizen would usually have to go before the state Public Service Commission to challenge the reasonableness of a utility rate, so should the Attorney General when the Attorney General is suing on behalf of the citizens of the state to challenge the reasonableness of utility rates.”

It probably goes without saying that a legislature that would tie its AG’s hands thusly probably would not be terribly quick to enact statutes directing the state’s attorney to take action against the corporate interests that wrote the model bill in the first place.

Just who are they? Essentially, the tort reform posse. Click around on the afore-linked wiki, for instance, and you will note that the civil justice task force is populated by a number of attorneys who work for a law firm called Shook, Hardy & Bacon, which does some lobbying.

The firm’s corporate clients are too numerous to list, but they include heavy hitters in the tobacco, oil, banking and pharmaceutical industries — precisely the corporate sectors most worried about an active AG.

The lone Minnesota lawmaker member listed as of 2011 is Rep. Steve Drazkowski, R-Mazeppa.

Should Minnesota AG Swanson be quaking in her Capitol alcove? We checked in with Mike Hatch, her predecessor and a prolific filer of consumer-protection actions.

After spitting out a few expletives you can imagine for yourself, he noted that Minnesota has case law that would likely complicate things for the ALEC bill here. In a case called Mattson, the state Supreme Court ruled that there are certain core functions each state office must fulfill.

“If there are prisoners in prisons, they must be fed,” he said. The treasurer must handle money, police must see to public safety and so on.

ALEC’s next target: state AGs who go after companies