For all the sturm und drang over what’s going to happen to the state Republican Party with the takeover by Ron Paul supporters, there are bright spots — depending on what kind of Republican you are.

Republicans who are worried about the party’s precarious financial position can take hope in a modicum of fundraising resurgence. A Saturday event with Paul and newly endorsed U.S. Senate candidate Kurt Bills netted the party at least $12,000.

Republicans who want Bills to deliver more than just pluck in his contest with Sen. Amy Klobuchar are being reassured that the new blood is paying off by way of checks. Hours after his endorsement at the state GOP convention last weekend in St. Cloud, Bills held an event with Paul that raised about $20,000 for his Senate campaign.

And there’s more where that came from, says campaign manager Mike Osskopp.  “The Ron Paul organization has tons of money, and Kurt Bills is their number one focus,” he said. “We as Republicans should be damn glad they’re here” he said.  “They will contribute money and they will work hard.”

For a party that desperately needs a clean slate, Bills’ image may be just what the consultant ordered, at least according to party Chair Pat Shortridge. “His style is that of a normal Minnesota guy,” Shortridge said, brushing off criticism that as a Paul supporter Bills will get defined by the quirkier aspects of Paul’s agenda. “He’s not typically what you ascribe to the Republican Party.”

In fact, Bills and Klobuchar are both easy-going, “This has the potential to be the nicest Senate campaign in history,” said Kurt Zellers, Republican speaker of the state House.

The DFL isn’t buying Minnesota nice. The Ron Paul takeover “doesn’t help the Republican Party in any way, shape or form,” said DFL Party Chair Ken Martin. “The untold story is this civil war that’s going on. I think the challenge for political parties is not to become so narrow in your belief system that the extremes dominate the discussion.” 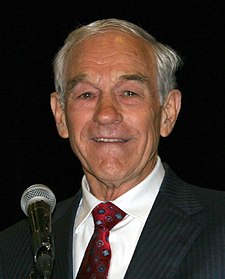 Paul supporters do hold rigid positions on government spending, national debt and defense, but they have flexibility on issues that have led to deeper divides: gay marriage and abortion. The evidence lies in what happened to two resolutions that were proposed for the party platform at the state convention.

Resolutions to strike the party’s definition of marriage as a union between a man and a woman and to eliminate opposition to the expansion of gambling did not pass, but did have the support, respectively, of 33 percent and 41 percent of the delegates.

“From our angle that’s not bad that one out of three wanted to eliminate the definition of marriage from the platform,” said Jake Loesch, who works with Republican coalitions in the campaign to defeat the marriage amendment. “It tells me there are Republicans who want to talk about this.”

The willingness to discuss issues impressed former Gov. Al Quie, a convention delegate whose political mission is to replace contested judicial elections with a yes or no election based on performance reviews. “Most amazing to me is the young people,” he said. “It was real fun to deal with them because an awful lot of them came to understand what I was driving at.”

Gambling, gay marriage and even abortion are either low priority for the typical Paul supporter or simply seen as areas where government doesn’t belong. “I’m an old redneck and I don’t like the idea [of gay marriage] but I think the government should stay out of the issue,” said one delegate. “Liberty applies to everybody. As far as pro-life, Roe v. Wade is the law, let the states decide individually.”

Whether Paul supporters succeed in modifying the party platform and drawing more acolytes to run for local and legislative office will require them to conquer yet another layer of power. The GOP State Central Committee, a group of about 200, elects the party officers, controls the budget and, in general, determines the party’s direction.

It was clear they don’t yet have control over the committee that this weekend replaced Pat Anderson as national committeewoman. Anderson was seen as too cozy with the Paul people and openly challenged the party on its opposition to gambling with her work as a lobbyist for Canterbury Park.

“The mission now is to take over state central, and that will happen next year,” confidently declared Bill Jungbauer, a Paul supporter, delegate and a member of the party’s executive committee. The party selects members of the central committee during off-election years.

Gutting and reassembling a political party usually takes years, but Ron Paul supporters managed to do so in less than one election cycle — in large part because there wasn’t much of a party left.

Moderation on social issues may not be enough to restore the confidence of Republicans like George Pillsbury. Once a generous financial supporter of the party, Pillsbury was labeled a traitor by former party Chair Tony Sutton for supporting the Independence Party candidate for governor in 2010. “I’m nervous about the Ron Paul proposals and the unwillingness to pay for any kind of government service,” he said.

For former Gov. Arne Carlson, another “traitor,” the Paul takeover demonstrates “there really is no Republican philosophy anymore. Paul at least showed a high level of consistency in a field dominated by professional panderers.”

To hold on to Republican legislative majorities, to position the party to compete in the next governor’s race, to build an organization and to deliver a message that appeals to voters, the work of Paul supporters has just begun. Well-wishers, naysayers and fence-sitters agree, the Republican party is in for a bumpy ride.