Something that has long and privately frustrated advocates of same-sex marriage is the knowledge that what people say about gay rights when they talk to pollsters, canvassers and others frequently does not jibe with what they do at the polls.

When an issue involving same-sex marriage is put before voters, support for LGBT rights at the ballot box typically trails polls by at least seven points.

The dilemma: How do you identify and address the concerns of people whose minds are not made up if they won’t articulate them?

Yesterday, a slight, sandy-haired woman named Amy Lange stepped gently into this gap and invited a group of citizens who were doubtless concerned about saying the right thing to voice their ignorance and concerns.

Astonishingly, a number did. Fears were quelled, rumors debunked and a decent number of recruits joined the campaign to defeat a proposed amendment to Minnesota’s constitution to ban same-sex marriage. 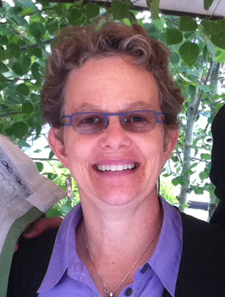 Lange, who is a finance assistant for Minnesotans United for All Families, the umbrella coalition working against the amendment, was not originally on the agenda at the house party that took place in Dan Feidt’s and Margery Martin’s Excelsior living room.

Former KMSP anchor Robyne Robinson was supposed to speak, but it was a big day for Minnesotans United, which sponsored some 200 parties throughout the state yesterday in observance of the one-year anniversary of the state Senate’s vote to put the proposed ban on the 2012 ballot.

Some 10,000 Minnesotans were expected to mark the anniversary by attending the gatherings, which ran the gamut from posh receptions for wealthy opponents to living room get-togethers of Minnesotans who haven’t made up their minds and, in some cases, aren’t entirely clear what’s at stake.

Expected at several of the confabs, Robinson couldn’t make the Excelsior appearance. When Lange appeared, Feidt asked her to speak. The impromptu presentation covered everything from campaign strategy basics to what the inability to marry means to gays and lesbians emotionally and practically.

Polls show that 700,000 Minnesotans remain undecided on the issue, Lange explained. The vote-no forces needed to win over 150,000 or more in order to defeat the ballot question, which would place an amendment in the state constitution describing the marriage of a man and a woman as the only type considered valid here.

Beginning in August, she continued, voters will be exposed to a barrage of negative ads that have worked to secure amendments in 31 states to date.

“They have a formula that works and it will scare people,” Lange said. “But we know that when we talk to people, we win them over.” And, she added, because many people come to favor same-sex marriage rights because they know gays, lesbians, bisexuals and transgender people — or are exposed to them in popular media — “you don’t move people in one conversation.”

To that end, Minnesotans United hopes to convince people who have already made up their minds to vote no to volunteer to make phone calls and hold conversations in their communities.

Indeed, the moment that cracked open the conversational gates might have been her description of the training volunteers get in starting a tough conversation without making the other person defensive.

“It is important that it is a conversation and not a rant,” she explained. “Most people who are not with us on this are not bigots. They’ve just got a certain concept of marriage.”

A youngish woman in the back of the room who said she teaches faith formation at her church raised her hand and asked about what would happen if the measure is voted down: “Does failure [of the amendment] obligate churches to perform gay weddings?”

No, Lange said. Communities of faith would not be prevented from making their own decisions about who may marry in the church.

A woman on the other side of the room chimed in. She, too, was Roman Catholic and unsure where she personally stood on the use of the word “marriage” by LGBT couples. But she was adamantly opposed to denying the rights of others to do so.

And why a constitutional amendment, some wondered. “Is gay marriage legal in Minnesota now?” one man asked. “No, right?”

No. Minnesota has a Defense of Marriage statute on the books.

How does one go about sparking a delicate conversation outside of one’s current social circle? Ask the other person what they know, Lange suggested.

If they know there will be a vote, ask what they think about it. “Listening is always a place to start when you don’t know how to start a conversation,” she said.

When Feidt and Martin heard about the day of house parties at an event three weeks ago, they decided immediately to hold one and roped in seven friends as co-hosts. The couple has identical twin daughters who were married on the same day in 2004; one is a lesbian.

The party’s hosts sent e-mails to 200 people, most of them friends and neighbors with whom they had not necessarily discussed the issue. Fifty came. “I thought that was great,” Feidt said. “I was really happy.” 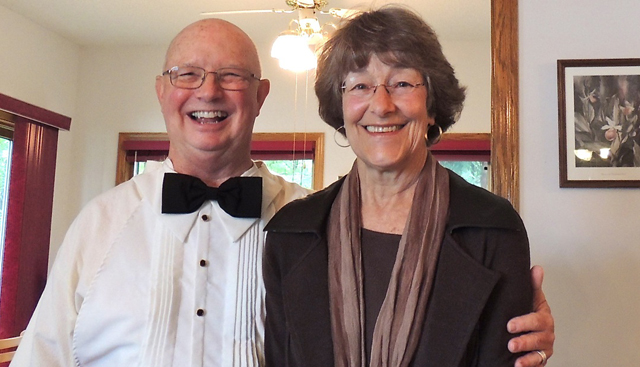 Courtesy of Minnesotans United for All FamiliesDon Quaintance and former state legislator Becky Lourey at a house party in Isanti.

A couple of hours earlier in Minneapolis, Gov. Mark Dayton spoke to a standing-room-only crowd at the Cedar Lake home of Ken Rafowitz and Dan Porter. In terms of wrangling with the GOP-controlled statehouse, it has been a rough couple of years, the governor told the moneyed, anything-but-ambivalent audience.

“As an old hockey goalie, I was able to stop a few shots from getting in,” he said, lamenting that the governor’s veto power does not extend to legislation to put constitutional amendments before state voters.

“We the people are the check and the balance on a legislative intent that was misguided,” he said. “I believe we will be the first state in the nation to defeat this, because Minnesotans are better than this.”

The price of a marriage license in Hennepin County is $90, Wiener told the assembly. She pledged to mark the day by writing a check for the equivalent of 10 licenses. Several others quickly followed suit.

In between, some 30 people gathered at Pat and Wendy Born’s Mill District condo building to talk about the meaning marriage held for them. Many were members of Minneapolis’ Plymouth Congregational Church. Executive Minister Jeff Sartain was one of the speakers.

Even though she was firmly in favor of LGBT rights, Wendy Born told the group, it wasn’t until a few years ago that she truly realized the impact of Minnesota’s DOMA.

“The GLBT community is the only group discriminated against by law,” she said. “I don’t know why, but that had never hit me before.”

John Bennett explained that he recently learned that interracial marriage was illegal until 1967, just four years before he married his wife Lani, a Japanese-American who grew up in Hawaii.

When Sartain spoke, he started by describing the ways in which gay and lesbian couples are expected to find their own paths around their lack of legal recognition. “There are all of these obstacles you are constantly maneuvering as a gay person,” he said. “This is not to the common good.”

Next, he offered some advice: “The first is stand strong in your faith when you talk to people about this.”

In addition to giving people the courage of their convictions, it is important for same-sex marriage supporters to let people know that their beliefs are rooted in their religious beliefs. This is particularly true because so much of what they will hear from the other side claims to come from the Bible.

Invest wisely, he continued. Even if the amendment passes, the conversations going on right now will eventually propel change.

And lastly, be grateful. “If you lost track of that you can develop a mindset of scarcity,” he said. “I think that’s what’s motivating the other side.”