Minnesotans United for All Families, the coalition working to defeat a proposed amendment to the state constitution banning gay marriage yesterday filed an 1,100-page list itemizing a total of $3.1 million received so far this year from more than 16,000 donors, 91 percent of them Minnesotans.

United for All Families’ total: $4.6 million

The required mid-campaign disclosure brings the total raised so far by the group, which formed a year ago, to $4.6 million.

Minnesota for Marriage, the umbrella group campaigning in favor of the amendment, raised $1.4 million in the first half of the year. As of Wednesday morning, the group’s itemized report was not yet available on the state Campaign Finance and Public Disclosure Board’s website.

Its three member groups did file, however. The National Organization for Marriage‘s Minnesota arm reported no fundraising or spending this year. The Minnesota Catholic Conference raised $244,000; $116,000 from the Knights of Colombus, $50,000 each from the diocese of St. Cloud and Winona and $28,000 from the Diocese of Crookston. It donated $400,000 to Minnesota for Marriage and spent $63,000 directly on the campaign.

Last week, the board rejected a complaint filed by Common Cause of Minnesota asserting that the Minnesota Family Council must reveal its donors. A companion complaint against Minnesota for Marriage is still pending.

Pro-amendment groups here and elsewhere have steadfastly refused to comply with laws compelling the release of donors’ names, insisting that naming their supporters would expose them to violence and harassment. Vote-no groups counter that their opponents’ real motive is to hide the fact they get the lion’s share of their money from a handful of wealthy individuals and from the Roman Catholic Church.

State officials and courts elsewhere are still working to enforce the laws. Minnesota may become the first state to decide the groups aren’t subject to campaign finance laws.

Minnesota for Marriage reported raising $830,000 last year, just $2,000 of it from individual donors.

Combined, so far both sides have raised a total of $6.5 million.

Eye-popping though that number is, just how much can the river of cash accomplish? Can either side exhale?

Not even for a second. It’s anyone’s guess how much will be spent between now and November’s election, but ballot question veterans are guessing the amount raised by both sides will be in the double digits.

And depending on how the polls skew in coming weeks, infusions of national-level cash may or may not be pumped into the state. 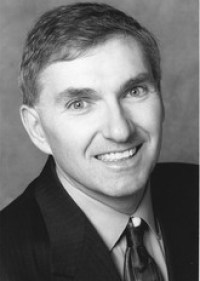 “Minnesota is unusual in this one,” said David Schultz, a Hamline University School of Business professor and campaign-finance expert who predicts the total will end up in the $10 million-$12 million range. “In a lot of the states [where gay marriage bans have gone to voters] it was not as close as here. This looks like it’s really close. Both sides may see it as a tipping point.”

Still, he cautioned, the taps won’t flow unrestricted. Minnesotans United’s base of small local donors is deep with people who have written multiple checks, but at some point they may begin to feel tapped out.

On the other side, the vote-yes forces may not get expected late-in-the-game injections of out-of-state cash if polls continue to show support for the amendment eroding here, he said.

Bill Morris, principal of the Minneapolis polling concern Decision Resources, said the number of modest donors who have given to Minnesotans United suggests it is in fact building an effective campaign organization, something that’s important on an emotional issue many strategists think will be decided by personal outreach.

“I’m amazed at what they’ve raised in a short period of time,” he said. “It’s impressive.”

It’s hard to say how much influence either side can buy, in part because the number of dollars raised and spent in favor of ballot questions here and elsewhere fluctuates wildly.

In North Carolina, which voted in favor of a gay marriage ban last month, the side working to defeat the amendment outspent its opponents $2 million to $1 million.

Washington state campaigns spent $61 million in 2010 on half a dozen far less heated questions, including $15 million on a measure to lessen restrictions on liquor sales and almost $9 million on an effort to allow private insurers to offer worker’s compensation coverage.

Per capita spending is likely a better measure, said Schultz. California’s Prop 8 campaigns spent a combined total of $2.18 per voter, much of it in the six weeks right before the election. The spending, most of it on frightening vote-yes ads, is credited with garnering the last-minute support that propelled the measure to victory.

In North Carolina, where the pro-amendment victory was much more predictable, the campaigns spent just .31 per voter.

Minnesota’s efforts have so far raised about $1.36 per voter.

Ken Powell, CEO of General Mills, which last week formally came out against the amendment, gave $10,000. The Rockefeller Family Foundation, which has ties to philanthropist Alida Messinger, whose largesse helped carry Dayton to victory, gave $15,000.

Finally, Minnesotans United disclosed spending some $200,000 on consulting and research so far this year. Those efforts presumably include figuring out how to combat the barrage of negative — and expensive — messaging expected to explode onto local airwaves as the election nears.