In a case that will test the boundaries of campaign finance law in Minnesota, state regulators are investigating a complaint filed against the umbrella organization working to pass a constitutional amendment banning same-sex marriage.

Never mind that the state Board of Campaign Finance and Public Disclosure could decide the issue as soon as this week; if the controversy follows the trajectory taken in other states, the referendum will be decided long before the groups seeking the ban could ultimately be forced to disclose their funding sources.

The group coordinating and financing the amendment campaigns throughout the country, the National Organization for Marriage (NOM), has run afoul of campaign finance overseers in many of the states where it has been active. Claiming that compliance with disclosure laws will subject its donors to harassment and violence, it has sued elsewhere to keep its lists private. It has also failed to report its donors to state officials.

Common Cause of Minnesota filed a complaint and last week released correspondence showing that the board has undertaken an investigation. Whatever the state panel decides, the outcome is likely to be a first step in determining how dramatic the impact here of the controversial, landmark 2010 U.S. Supreme Court decision in Citizens United vs. Federal Election Commission will be.

In that case, the high court ruled that corporations, unions and other groups have the same free speech rights as individuals and cannot be prevented from spending on advertising and other activities intended to influence the outcome of elections. The groups cannot contribute directly to candidates and must continue to obey campaign finance disclosure laws, however.

During the 2010 session, state lawmakers clarified Minnesota law to jibe with Citizens United. The Campaign Finance Board subsequently issued guidance on complying with the revamped statutes. At the time, no constitutional amendments were before voters, so the agency’s advisory opinions did not address spending intended to influence the outcome of ballot questions.

Last June, after lawmakers voted to put a same-sex marriage ban on the ballot, the board affirmed that the law requires disclosure of donors to constitutional amendment campaigns. Almost immediately, several of the groups pushing the ban wrote to the board, posing a series of hypothetical questions.

James Bopp Jr.: on a quest 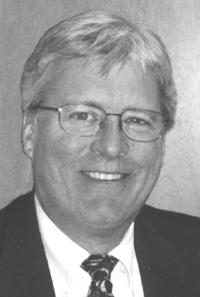 Providing legal assistance to two of the groups, the National Organization for Marriage and its state sister group, Minnesota for Marriage, was James Bopp Jr., the conservative Indiana attorney who brought Citizens United’s suit. Bopp has described himself as on a quest to “dismantle the entire regulatory scheme that is called campaign finance law.”

In September, the groups complained to the board, with Bopp’s help. Throughout the fall, the board and NOM went back and forth on the issue, with NOM claiming that the agency was trying to put “a bullseye squarely on the forehead of every NOM donor, supporter and member if disclosed.”

NOM’s September 30th letter to the Board accused it of specifically targeting NOM and other pro-family organizations. “This newly concocted disclosure and regulatory scheme is unlawful, is not constitutionally sound, threatens NOM members, donors and supporters with personal injury and harm,” the group charged, echoing claims rejected by courts in other states that disclosure would subject supporters of traditional marriage to violence and harassment by gay-rights supporters.

Board has said groups must comply

Throughout, the Campaign Finance Board has maintained that the groups must comply with disclosure laws.

NOM did not report any of its donors.

The group working to defeat the marriage ban, Minnesotans United for All Families, filed a report listing 733 individual donors.

MinnPost compiled a searchable database of every contribution.

Among the lawsuits NOM and Bopp have filed is an effort to keep secret the identities of those who backed NOM’s successful 2009 campaign to amend Maine’s constitution to overturn a legislatively enacted measure allowing same-sex marriage. As a part of that suit, in April NOM was forced to turn over reams of internal documents [PDF] outlining its aims and strategies.

In addition to outlining a broad political strategy to “drive a wedge between gays and blacks” and “expose [Barack] Obama as a social radical,” the documents describe the ability to fundraise in private as a tactical leg up: “One key advantage we now have is the capacity to protect the identity of our donors,” one states.

Lower courts have not agreed, noting that Citizens United clearly left disclosure laws intact, opining that “transparency enables the electorate to make informed decisions and give proper weight to different speakers and messages.”

Still, critics fear Bopp may be trying for another visit to the Supreme Court, presumably to attempt to broaden Citizens United’s sweeping precedent.

The issue of ‘major purpose’

In April, in response to a letter [PDF] in which Minnesota’s Campaign Finance Board posed anticipated questions, Common Cause laid out its case [.DOC]. To hold the Minnesota Family Council subject to state disclosure laws, the board must find that its “major purpose” is campaigning to win the election [PDF].

Common Cause’s reply: The board should consider primarily the group’s spending on marriage amendment activities, fundraising and communications. The MFC’s activities since the marriage amendment was placed on the ballot show it “has become a ‘major purpose’ political committee,” it wrote.

“On campaign finance reports filed to date, MFC reported spending $346,994.05 in support of the marriage amendment during the last seven months of 2011,” Executive Director Mike Dean wrote. “It spent these funds in the form of loans and donations to the MFC Political Fund, which it registered with the board for purposes of financially supporting the amendment.

MFC’s total spending on the marriage amendment in just the first seven months after the amendment was placed on the ballot is nearly three times the amount it spent on all activities in the fiscal year ending in September 2010, Dean noted.

Board investigating complaint on marriage group’s refusal to disclose donors