In 2011, the Minnesota Family Council raised $346,994.05 through its political fund. It quite literally spent even that last nickel promoting a proposed constitutional amendment that would bar same-sex marriage.

The organization, whose mission is “to strengthen the families of Minnesota by advancing biblical principles in the public arena,” spent $121,000 directly on the ballot question. The rest it donated to Minnesota for Marriage, the political committee it belongs to that was formed specifically to promote the ballot question.

Minnesota for Marriage, like its national member-counterpart, the National Organization for Marriage (NOM), is fighting hard not to disclose its donors, who it says will then be subjected to violence and harassment at the hands of gay activists. Critics contend the real motive for the secrecy is to hide the fact that the vast majority of the money comes from some half-dozen individuals.

Other states and courts have consistently ordered NOM to comply with campaign finance laws. To date, it has not. Minnesota could be the first state where it doesn’t even need to fight.

Last week, the state Campaign Finance and Public Disclosure Board rejected a complaint filed in March by Common Cause of Minnesota, which claimed that MFC was violating state law by refusing to name its donors. In arriving at its conclusion, the board relied on two different dictionary definitions — one from Merriam Webster’s Collegiate Dictionary, the other from the Oxford English dictionary — of the word “purpose.”

The MFC hailed the decision as the right outcome.

“We applaud the decision of the board,” CEO John Helmberger said in a statement. “The Common Cause complaint was nothing but a political stunt designed to harass donors to MFC. It is clear that MFC complied with Minnesota law and all of the CFB’s guidance and we anticipated that the CFB would reject the complaint upon completion of their analysis.”

Clean-elections advocates were, to put it mildly, agog. 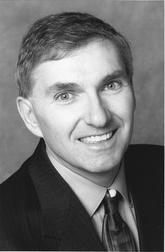 “I am troubled on a couple of grounds,” said David Schultz, a professor at the Hamline University School of Law and a nationally recognized expert in campaign finance law. “If you want a road map for figuring out who’s giving to whom, we clearly don’t have that. This decision telegraphs a road map for other groups on how to avoid disclosure.”

Purpose of group is seen as broader

The gist of the board’s decision: Whether MFC’s activities now focus, or have focused over time, on passing the constitutional amendment, its purpose, as stated since its 1997 incorporation as a nonprofit (a precursor group was started in 1983), is broader. It may raise and spend unlimited amounts of money to influence the outcome of the election while not disclosing the sources to voters.

Critics complain the board, composed of six political appointees who deliberate and decide complaints behind closed doors, has become “increasingly ineffective” over the last decade. In particular, Schultz and others worry, it seems to have loosened reporting rules significantly since the most recent statute passed by the legislature in 2010 in response to the U.S. Supreme Court’s landmark Citizens United decision.

“I’m very concerned about the precedent this sets,” said Mike Dean, executive director of Common Cause of Minnesota and the author of the MFC complaint as well as many of others pending before the board. “Is this really how they’re going to decide things in the future? It appears they did nothing to gather information on what an organization’s major purpose is.”

A group’s purpose is one of the first factors campaign-finance officials at both the federal and state level consider when deciding which registration and disclosure laws apply to its activities. The Internal Revenue Service has a clear standard: If a group spends 50 percent or more of its revenue on politics its major purpose is political and it must register with the Federal Election Commission (FEC). 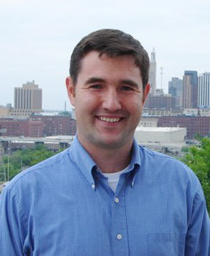 And in 1986, the U.S. Supreme Court ruled in FEC v. Massachusetts Citizens for Life that an association’s spending on independent expenditures could become so extensive that the purpose of the organization could be regarded as campaign activity, making it a political committee.

So how did the board get from there to its decision? Since it deliberates in secret and its nonpolitical staff may not even say whether an opinion was adopted by a vote, there is not much beyond the opinion and some general comments about process from staff to go on.

Complaints are initially vetted by staff, which forwards those that seem to fall within its jurisdiction and contain enough information to investigate to the board for consideration. In the case of the MFC complaint, staff sent a series of questions to both Common Cause and the MFC.

One of the questions the board asked of Common Cause was what time period it should concern itself with, the last couple of years, when the amendment has been its central focus, or the totality of its history. Common Cause suggested that a group’s major purpose can and does shift with the political landscape, and that the board investigate its activities and consider them when using the same tests as its federal counterparts.

The opinion outlines MFC’s history, acknowledging that in addition to other “pro-family” issues, it has worked on anti-gay-marriage initiatives since its inception.

“In the mid-1990s, [its precursor, the Berean League] led efforts to pass legislation that defined marriage in Minnesota as being limited to the union of one man and one woman,” the opinion notes. “That legislation passed and became law in 1996. …

“In the early 2000s, MFC initiated a campaign to place on the ballot a constitutional amendment that would define marriage as being limited to the union of one man and one woman,” the opinion continues. “During the following years, much of the association’s effort was directed toward this effort and toward efforts to resist legislative initiatives that MFC believed were contrary to promoting its mission. More recently, MFC renewed its efforts to get a constitutional amendment defining marriage on the ballot. On May 21, 2011, they were successful in these efforts.”

Meanwhile, it asked the MFC to define its purpose.

“In its response to the board’s request for legal analysis, MFC refers to the Merriam Webster’s Collegiate Dictionary definition of ‘purpose’ as ‘something set up as an object or end to be attained,’ ” the board reported. “Given that definition, one might conclude that during 2011 and 2012 MFC’s purpose was and is, indeed, passage of the marriage definition ballot question, which is the objective or end that the association wants to attain.”

After taking up the matter at a May 18 meeting, the board asked staff to compose a draft opinion. It considered that on June 5, issuing its opinion the following day.

The upshot: The MFC does not have to list its donors, a decision that may, in effect, trickle up when the board decides a pending companion complaint Common Cause lodged against the umbrella group it is a part of, Minnesota for Marriage.

More upsetting to Schultz and Dean, the new opinion seems to say that any group that wishes to avoid transparency simply state its purpose as multifaceted or vague, regardless of its activities.

“It always kind of bothers me when people shop for a dictionary definition,” said Schultz. “It bothers me that they seem to have made up their mind.

“My second problem is there’s a circularity here,” he added. “How do we know, absent disclosure, what their major purpose is?”

Party affiliations notwithstanding, board members, Schultz continued, have every incentive to “base this whole decision on a dictionary definition, not an empirical question. These are very political people. If they make MFC disclose, they are going to have to make a whole bunch of other groups disclose.”

Board members are appointed by the governor according to a formula that was intended to create ideological balance. At any given time, there no more than three members are to be affiliated with any political party and two seats are set aside for members with no political ties.

The process has always been political, but was less so before 2002, when the campaign of then-Gov. Tim Pawlenty was fined $600,000 for violating independent expenditures laws. A review of records at the state Legislative Reference Library suggests that membership has skewed heavily toward the partisan over the last 12 years.

Not counting members who have political opinions but are unaffiliated, Republicans held one- to two-seat majorities every year from 2002 to 2011. At no time have there been more than two Democrats. And because of the way seats are apportioned, one of Gov. Mark Dayton’s initial appointees had to be a Republican.

In addition, Common Cause has raised concerns that the board has turned down the heat on the few groups and candidates it has found have violated state laws.

“Over the last several years the CFPDB has focused more on compliance of campaign finance and disclosure rules, rather than enforcement,” Dean wrote to the board in a May letter about a complaint it had filed against the Republican Party of Minnesota. “Common Cause Minnesota is concerned that this philosophy is creating an environment that encourages groups to play fast and loose with Minnesota campaign finance rules because they understand that will not be held accountable if they are caught.

“While some of this is also being brought on by the recent Citizens United Supreme Court decision, Common Cause Minnesota is seeing a considerable increase in the number of potential violations,” the letter continued. “The Citizens United decision has created a new ‘Wild West’ in the world of political spending. If the CFDB does not to begin to ‘lay down the law’ in this area, then it will just be inviting associations and individuals to become more brazen in their activities.”

Sen. John Marty, DFL-Roseville, one of the Legislature’s most persistent voices on the issue — and the author of “The God Damn Marty Gift Ban” on lobbyist gifts to politicians — is also concerned.

“It seems to me the board should or could have ruled that disclosure was required,” he said. “Our whole campaign finance system is getting more screwed up every year. The amounts grow bigger and the disclosure goes further and further away.”

Does Dean have any remedy? In Schultz’s opinion he does. He, or some other individual or group, could ask the state Court of Appeals to look at the complaint and the order. If that were to take place, the court could conduct a de novo review, meaning it could consider everything from the board’s interpretation of the law to its methodologies.