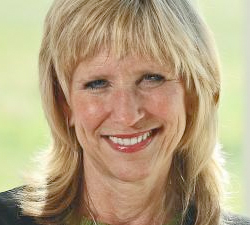 The rejection in North Dakota of a sports nickname, Fighting Sioux, has received most of the attention. But it was a ballot issue involving religion that has national implications.

On Tuesday, North Dakotans resoundingly defeated Measure 3, the so-called Religious Liberation Restoration amendment, despite the fact that the measure had the support of the Catholic Church and evangelical leaders in the state.

The rejection of the measure by a 64 to 35 percent vote matters far beyond North Dakota, according to Sarah Stoesz,  president of Planned Parenthood in Minnesota and North and South Dakota.

Stoesz believes that the vote should show politicians across the country that some of the loudest church organizations and leaders are not reflecting the views of their followers.

“The idea that religion is under attack is a red herring,” Stoesz said. “Politicians should not be afraid to stand up to those making the charges.”

It should be noted that supporters of Measure 3 blame Planned Parenthood — and “its million-dollar war chest” — for buying the vote in North Dakota.

Among other things, the charge that Planned Parenthood and its allies bought the victory shows that there’s at least one similarity between conservatives and progressives: They don’t lose; they’re just outspent.

It was only a few days ago that Wisconsin progressives were blaming their loss in the effort to oust Gov. Scott Walker on being outspent. Now, in North Dakota, conservatives have found the same villain.

Measure 3, created by the Religious Liberty Restoration Committee, was presented as something that would shore up religious freedom in North Dakota.

“Government may not burden a person’s religious organization’s religious liberty,” the measure read in part. “The right to act or refuse to act in a manner motivated by a sincerely held religious belief may not be burdened unless the government proves it has a compelling governmental interest.”

The Obama administration’s requirement that employee health plans offer free contraceptive and reproductive health services became Example No. 1 for proponents of the measure in explaining why religious people in North Dakota needed the protection of the measure.

Obamacare and Planned Parenthood were the demons in this battle.

But those twin “devils” had a lot of allies. Newspapers across the state and respected political leaders said the measure could create a costly mess in the courts and chaos in places ranging from family rooms to emergency rooms.

With Measure 3 in the North Dakota Constitution, could a health care worker refuse to care for someone with AIDS?  Could a man, who had beaten his wife, claim that the beating was done in the name of God?

As it happened, a front-page story in the Fargo Forum on the Saturday before Election Day seemed to show indirectly what happens when religion and profession get too tightly tied.

The story of Trish Cameron, the Moorhead teacher who was not rehired by St. Joseph’s Catholic School after telling administrators that she didn’t always personally believe in the tenets of the church. For example, she said, she supports the ideas of gays marrying. But she also made it clear that she never brought those beliefs into her fifth-grade classroom.

Cameron, who had taught at the school for 11 years, was fired for holding those beliefs.

Stoesz said she can’t say for certain that the story, which got huge play across the state, was a factor come Election Day, but it is an example of  the sort of “church over-reach” that opponents of the measure discussed with North Dakotans in the weeks leading up to the vote.

The approach of foes of the measure should be instructive beyond North Dakota, Stoesz said.  She said the effort was made to reach out and “talk to people, give them something to think about, rather than going for sound bites.”

That approach was important she said, because on the surface, North Dakota should have been friendly turf for a measure that has been adopted only in Alabama.

“They are very religious people,’’ she said. “But they carefully considered this and concluded they had no interest.”

Stoesz saw this as a rejection of institutions that attempt to restrict the rights of women “to make decisions about their own health care.” Beyond that, she believes North Dakotans may have been sending a message to Minnesotans that large religious institutions shouldn’t be saying who can marry whom.

But the biggest message, she said, is that political leaders don’t need to “cower” at everything uttered from some pulpit.

Those who supported the measure could do little but attack Planned Parenthood following the massive loss.

Supporters ready to fight on

Tom Freier, executive director of the North Dakota Family Alliance, said in a statement that his group and other “pro-life” groups will continue to “fight for those who don’t want to be financially complicit in paying for abortions or birth control.”

Freier chalked up the loss to “the $1 million, out-of-state, Planned Parenthood war chest used to influence the vote.”

Meantime, supports of measure 3 operated on a much tighter budget. Pre-election reports showed supporters raised $103,000, with about $40,000 of that coming from the Catholic Church.

The money mattered, Bishop David Kagan of the Bismarck Diocese told a television reporter there.

“I was very disappointed in the outcomes,” he was quoted as saying in an interview on KFYR-TV. “It seems a lot of misinformation was disseminated across the state.”

By the way, the long, long fight over the nickname “Fighting Sioux” was ended by North Dakota voters.  They said, “Enough!” of the dispute, voting by a 2-to-1 ratio to repeal a state law requiring use of the controversial nickname.

(Voters also overwhelmingly rejected a constitutional amendment that would have made North Dakota the first state without property taxes.)

Not surprisingly, supporters of the Fighting Sioux nickname said they didn’t really lose. They, too, claimed they were outspent.

Message from North Dakota voters on religion has national implications