Nothing in Thursday’s U.S. Supreme Court ruling is expected to keep Minnesota from moving forward with its own health insurance exchange, according to key lawmakers, state officials and interest groups.

Health insurance exchanges allow some uninsured individuals and small groups to shop for a variety of tailored health coverage plans. The exchanges, typically online, have been compared to travel websites like Orbitz or Expedia, and advocates say they will help lower coverage prices.

Although about 15 states already have implemented exchanges, the issue has been extremely divisive in Minnesota. Gov. Mark Dayton’s administration began preparations for an exchange in 2011 without input from the Republican legislative majorities.

In an open letter to Minnesotans on June 21, a group of lawmakers and agency officials who are working with Dayton on the health insurance exchange promised to build on successes in the state while evaluating health care innovations in the future.

The letter (PDF) highlights Minnesota’s longtime leadership in health care initiatives and reform and calls for bipartisan solutions to the problems that still plague the state. 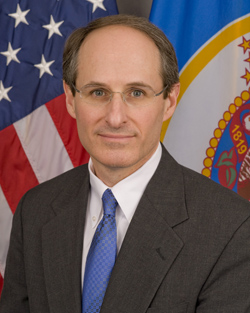 Department of Commerce Commissioner Mike Rothman said this week that planning for the exchange has been “going very well.”

Many observers predict that the Dayton administration will move “full steam ahead” with implementing a state health insurance exchange program.

It’s unclear, though, whether an exchange would need legislative authorization in the near future.

U of M health care expert Larry Jacobs said Dayton could be capitalizing on the strong executive example of former Republican Gov. Tim Pawlenty to move forward with an exchange using his own authority.

“You might have found the administration to be tentative, given the lack of legislative buy-in, but that’s not the case,” Jacobs said in an interview this week. “The Dayton administration appears to be quite comfortable moving ahead on their own power.”

Dayton used executive action in 2011 to begin planning a potential Minnesota-based health insurance exchange as one of his first acts in office. He signed an executive order to apply for a $1 million federal grant to begin planning the exchange, and under the direction of Rothman, an executive task force has been meeting to bring a plan forward by the Nov. 16 federal deadline.

So far, no Republican legislators have been involved in the administration’s exchange planning. Minnesota has received more than $20 million in federal grants to plan the exchange, according to the Kaiser Family Foundation, which has done a significant amount of research on the health care law.

The 15-member task force and about 200 stakeholders involved in several working groups, Rothman said, are trying to put together a practical blueprint for a Minnesota exchange by 2013 to avoid “a one-size-fits-all federal solution imposed on Minnesota” in 2014.

“Minnesota has been a leader in the health care and health care industry, on the cutting edge of all these issues and we have a unique health care system in Minnesota,” Rothman said. “The best thing is to have Minnesota develop its own exchange … rather than have it done by the federal government.”

Many details about the exchange — including how it would be paid for, how it would be managed, and whom it would cover — remain unclear. The task force released broad recommendations in January 2012 for what a Minnesota exchange could look like, but so far officials have been tight-lipped about the plan’s specifics.

Jacobs noted the wide variety of stakeholders that have signed onto crafting the proposal, including business groups, unions, providers and nonprofits.

The fear of a federally imposed exchange could have inspired a number of unlikely groups, such as the Minnesota Chamber of Commerce and the Minnesota Business Partnership, to participate in discussions about the potential state-run exchange.

“They support it only because they think they’re going to get stuck with something worse, so the Chamber is in the business of cutting their losses,” said GOP Rep. Jim Abeler, chairman of the House Health and Human Services Finance Committee. “Their support is not red hot.”

Of the three types of typical exchanges, the Chamber would prefer a private nonprofit “that is based primarily in free-market principles,” said Kate Johansen, manager of heath and transportation policy for the business organization.

“I think we’re getting exchanges no matter what, one way or the other,” Abeler said. “I still don’t agree that it’s necessary or a good idea.”

It appears the state is moving forward with a public-private exchange made up of publicly accountable members, according to the Department of Commerce. The plan mirrors failed legislation proposed by Democrats in the 2012 session that’s projected to cost between $40 million and $80 million to operate in 2014.

Rothman and other policy experts, however, say the potential benefits of an exchange would outweigh the costs. He said about 300,000 uninsured Minnesotans would have coverage by 2016 and that premium subsidies would help lower premiums.

“For me, it’s always been the opportunity to make a difference to help people obtain access to affordable health care,” Rothman said. “The exchange is a strong mechanism, a strong way to help Minnesota continue to build on its health reform efforts.”

Opponents don’t view health insurance exchanges with any of that zeal.

Sen. David Hann, chairman of the Senate Health and Human Services Committee, has been a vociferous opponent of the exchanges.

He and other Republican legislators question why Minnesota, who they say is already a leader in health care, needs the new marketplace. Hann also wondered aloud where the promised savings from a health insurance exchange would come from.

“They don’t talk at all about how that’s supposed to happen,” he said. “Sort of like, I guess by magic, that we’re going to have this thing called an exchange, and because we have it, then something magical happens and we save a lot of money.”

Hann’s committee in March voted down 7-5 an exchange bill supported by the Dayton administration.

The move prompted the governor to criticize Republicans for their “piecemeal” approach to health insurance exchange legislation — there was no real action over the last biennium — and to signal his intention to continue moving forward with executive actions.

“Unfortunately, there are some who would rather play politics with this exchange in an election year than work sincerely and cooperatively to advance it in Minnesota,” Dayton wrote in a March 26 letter to Republicans. “If the Legislature passes on enacting such legislation, which must be bi-partisan, non-ideological and constructive, we will have to utilize the legal executive actions necessary to satisfy the federal law, as has already been done in other states.”

Hann, however, counters that Dayton and his administration haven’t been forthright about the specifics of the exchange and what the federal dollars would fund.

“What is the problem that the exchange is going to solve?” Hann, also a strong opponent of the overall health care law, asked in an interview this week. “No one has answered that question.”

The Republican from Eden Prairie hosted Dayton’s commissioners multiple times in his committee, but inquiries into the specifics of the exchange and the duties of its staff were effectively “stonewalled,” Hann said.

Dayton is “doing this in secret and in private, and I think it’s shameful that he’s spending millions of dollars of taxpayer money trying to change something very fundamental about people’s health care without being willing to talk about it in a public forum like a legislative hearing,” Hann said.

About 15 states have implemented exchanges, according to the National Conference of State Legislatures. Seventeen states, though, have decided against creating a state exchange or have embarked on no significant activity to initiate the process, according to the Kaiser Family Foundation.

Going forward, it’s unclear how the two opposing groups — and some of the stakeholders in the middle — will work together to shape a future Minnesota exchange.

DFL Rep. Tina Liebling, minority lead on the House Health and Human Services Reform Committee, said Republicans gave up an opportunity to help shape any exchange legislatively during the 2012 session because they didn’t engage in the debate.

“I think Republicans were caught between what for them was a rock and a hard place,” she said. “On the one hand, having the federal government tell the state to do something is anathema to them, and then on the other hand being unable to pass a bill because the Tea Party members didn’t want to cooperate with the Affordable Care Act, so they had that little dilemma going on and it never got resolved.”

With strong grounds for continued “unilateral executive action,” in Jacobs’ words, the Dayton administration is likely to continue pushing forward with its own exchange ideas.

The November elections also could give Democrats an opportunity — if they take back control of the Legislature — to pass a bill that’s more “consumer-friendly” and palatable to DFL interests at the expense of such stakeholders as the Minnesota Chamber of Commerce.

“I think they’re biding their time hoping that they can get a different Legislature or that they can somehow fudge it through so that they don’t have to have any legislative approval,” Abeler said. “That seems to be what I observe.”

DFL Rep. Tom Huntley, minority lead on the House HHS Finance Committee, said he hopes to pass a health insurance exchange bill that’s in line with federal standards as one of the first acts of the 2013 session.

Lynn Blewett, an expert in the U’s School of Public Health and director of the State Health Access Data Assistance Center, said in an interview that health insurance exchanges are unlikely to affect most Americans. Those employed by large companies would continue receiving the same coverage, while about 30 million individuals likely would transfer to the exchanges by 2019.

“It’s not going to change the whole system,” she said. “It’s like adding a new tool, a new infrastructure for people who don’t have the advantages of a large employer.”