As Minnesota counts down to a low-key Aug. 14 primary, differences in the two highest-profile races — in the 1st and 8th Congressional Districts — couldn’t be greater.

In the southern Minnesota’s 1st, Republican candidates Mike Parry and Allen Quist are shredding Ronald Reagan’s 11th Commandment, “Thou shalt not speak ill of another Republican.”

They are speaking very ill of each other.

Of late, though, Anderson, whose bank account suggests he’s running third in this DFL primary, has put a bit of bite in some of his comments.

For example, he calls Clark “the tourist,” because of her quasi-move from the St. Cloud area to Duluth and the 8th District after getting hammered by Michele Bachmann in the 6th two years ago.

But that’s pretty mild stuff, compared with what’s going on in the 1st, where vitriol is high though turnout is expected to be very low for the primary election.

Primary Day in Minnesota will include legislative contests across the state. But, according to Ballotpedia, of the 158 incumbents running for re-election in the House and Senate, only 11 face primary opposition.

One of the more intriguing of those races involves high-profile GOP Sen. Julianne Ortman, who has become a leader of her caucus. Yet, Ortman could not win party endorsement in her Chanhassen-area district.

She’s “too moderate” in the eyes of at least a strong block of Republican activists.

One of those activists, Bruce Schwichtenberg, is challenging Ortman, who he dismissively describes as “your green senator”: “I get frustrated when we elect people as a Republican and they vote as a Democrat,” Schwichtenberg has written on his website.

When pols such as Ortman end up being labeled “too moderate,” you again understand how rigid GOP activists have become. Presumably, the smaller the turnout, the better the chances for candidates such as Schwichtenberg.

Most legislative primaries, however, will draw little more than a yawn.

It’s the two congressional primaries that will capture whatever political attention Minnesotans can muster in the last weeks of summer.

Likely, there won’t be many Republicans in the 1st District who will take the time to vote in the Quist-Parry primary. 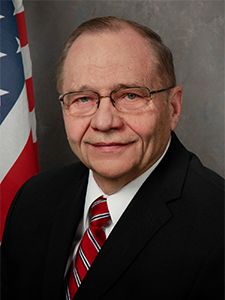 The last time there was a contested GOP primary in the 1st, in 2008, fewer than 26,000 Republicans bothered to vote. (There are more than 350,000 registered voters in the district.)  That year, there was an endorsed candidate, Brian Davis, running against Dick Day, the flamboyant former state senator.

The 2008 primary was held in September, meaning summer vacations were over and there was a stronger likelihood that people were paying attention to politics.

Additionally, there was an endorsed candidate. That meant that the GOP was urging people to get to the polls.

With neither candidate endorsed, the state party is sitting this primary out, which is likely a relief, given its precarious financial situation.

So obviously, the key is to appeal to the people most likely to vote — the activists, who tend to be the most conservative.

Quist vs. Parry — how do you determine who is more conservative in that race?

For starters, you toss out that Reagan commandment and bash away.

In fairness to Quist, it is the Parry campaign doing most of the ill-speaking.

Potential voters are being reminded of all the controversial things Quist has said and done over a long career (Men should be head of the household because of “genetic predisposition”; Mankato State helping to spread AIDS by offering counseling centers for gays; etc.). 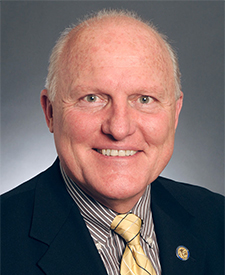 If the social comments aren’t enough, the Parry campaign is pounding on the fact that once upon a time Quist voted for a gas-tax increase and supported light rail projects.

“Out of touch” is how Ben Golnik, a Parry campaign adviser, sums up Quist.

The point of all the attacks, according to the Parry camp, is to show that Quist would be unelectable in a race against Congressman Tim Walz.

Golnik emphasizes the unelectable argument by saying Quist has become a “perennial candidate,’’ which come just short of saying he’s just a gadfly.

Quist supporters are a little more subtle. It has been suggested by Quist throughout the campaign that Parry, the often bombastic state senator from Waseca, isn’t, ahem, “informed enough” to successfully challenge incumbent Tim Walz.

At the unending GOP endorsing convention earlier this year (14 hours, 23 ballots, no decision), Quist supporters called for the two deadlocked pols to settle the endorsement issue by holding an on-the-spot debate.

Parry passed on the challenge.

“Why, in heaven’s name, would you want to endorse a candidate to debate Tim Walz when the candidate is afraid to debate Allen Quist?” Quist asked the crowd.

Quist seems to shrug off the attacks and Parry’s campaign bringing up his most controversial views.

“Negative [campaigning] works,” he said, adding that given his years in the state Legislature (1983-89) he made “thousands” of votes and that he’s written five political books.

That’s a lot of fodder for people to sift through.

“But the [federal] debt is the issue,” he says in a soft voice.

Because of all the outrage Quist’s views have created over the years, it’s often forgotten that he is a bright man who studies all aspects of politics deeply.

He notes, for example, that the average person in the country today spends five hours a day watching television, while seniors spend seven hours a day. On average, he says, people spend 2 hours, 15 minutes daily with a radio on, but they spend only minutes a day with a newspaper.

After making those points, Quist talks of what he says will be “the cornerstone” of his campaign — or campaigns, if he wins the primary. That cornerstone is a television commercial, featuring his 18-month old granddaughter climbing up “a mountain of debt.”

The ad not only underscores his fundamental message — tackle the debt — but also should appeal to women, according to Quist. He says studies show that women react strongly to the sight of infants and small children.

Quist has one X-factor in his favor. Michele Bachmann is on his side, and the 6th District congresswoman has appeared in the district on his behalf.

Golnik, however, is not so sure that Bachmann translates well to the 1st. And, in terms of endorsements, he notes that Parry has received a substantial number of endorsements from legislative colleagues.

The key to winning the 1st is picking up independent votes and old-line Republicans, Golnik notes, saying that Parry can do that but Quist can’t.

“Does that mean Parry’s presenting himself as the ‘moderate Republican’ in this race?” I asked Golnik.

“No, no, no,” said Golnik, laughing. “He’s the sensible Republican.”

Meantime, in the 8th District, there’s less anger — but likely there’ll be far greater turnout for the primary because DFLers still believe the 8th should belong to them.

Both Nolan, the endorsed candidate who served in Congress from 1975 to 1981, and Anderson are pounding away on the message of roots.

The DFL recently came out with a “he’s-from-here’’ commercial in support of Nolan.

The GOP promptly used that commercial to attack both Nolan and Clark. 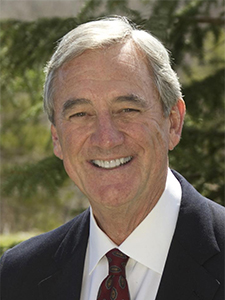 Left out in Shortridge’s commentary was the reality that the family of the Republican incumbent now calls New Hampshire home.

Also left out of the commentary was any mention of Anderson, the former Duluth City Council president who has little money but does have the support of such Iron Range stalwarts as Tom Rukavina and Tony Sertich. 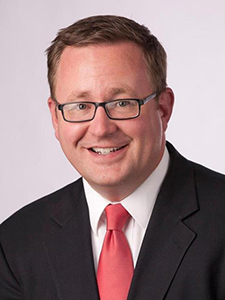 Anderson’s strategy is simple. He’s concentrating on the six northernmost counties of the 18-county district.

Traditionally, those counties, which include the Iron Range, is where turnout has been greatest.  It was the falloff in turnout in those counties, Anderson says, that cost U.S. Rep. James Oberstar his job in Cravaack’s surprise 2010 victory. Those counties remain the region that any DFLer must score high in to carry the district.

He is attempting to separate himself from Nolan and Clark in those areas by talking aggressively about new mining operations in the district. The long-studied copper and nickel mines would mean jobs in a job-hungry region. But they make environmentalists cringe.

“Throughout the campaign, I’ve said I support those projects,” Anderson said. “They’re crucial to the future of the 8th. My opponents say different things in different rooms.” 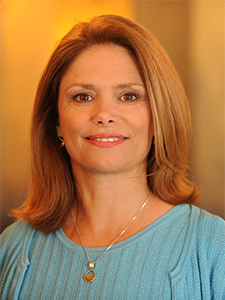 The issue of those mining projects likely will get only larger after the primary. It is Cravaack’s aggressiveness in supporting the projects and cutting environmental red tape that has given the congressman at least a chance of making inroads with the lunch-bucket DFLers of the 8th.

“If we want the seat,” says Anderson, “we have to win big on the Iron Range.”

So he focuses on that region.

Nolan — by far the best orator of the bunch and also the most outspokenly progressive (a sample: support for a single-payer health system and for getting out of Afghanistan now) — has the endorsement in his corner.

And then there’s Clark, who has by far the most money (much of it from out of state) and often the mushiest message.

High as the stakes are in their race, the three are keeping it civil.

But of course, there are more than three weeks to go.