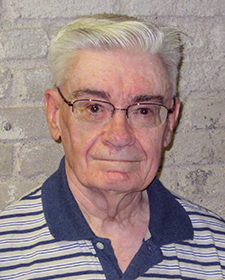 A group of former priests who have gone on record opposing the effort to insert a ban on same-sex marriage into Minnesota’s Constitution has met its initial goal of gathering 100 signatures.

Just what they’re going to do with the list, or the statement the signatories endorsed, has yet to be determined, according to Bob Minton, who served at Minneapolis’ St. Stephen’s in the 1960s, and whose brainchild the effort is.

He does know one thing they’re not going to do: Continue to try to track down more former priests to add to the list. If more want to sign, great. But the active part of the quest is over.

No directory, no association

You might never have thought of it, but finding priests who retired, were laicized or just plain quit is hard work. There’s no directory, no alumni association and, given that we’re talking about men who left their positions 30 years ago and men who left last month, no single social network through which to spread work.

Minton and his co-organizers came up with the first 80 signatories fairly easily, and in May released a list to the public. Since then, it’s been slow slogging.

Besides, quips Minton, having watched the roster tip from 99 to 100 somehow makes 101 seem, well, not so different from 100.

The former priests were moved to speak up in part because Catholic Archbishop John Nienstedt has ordered priests and deacons in the Archdiocese of St. Paul and Minneapolis to keep to themselves any reservations about the effort to ban gay marriage or the church’s funding of the campaign.

“Free to express our opinions openly, we call on all people of good will to exercise their fundamental right to follow their consciences and to resist discrimination against any of God’s children,” the ex-priests’ statement reads.

For Minton, the last few names on the list are particularly gratifying. Several were reluctant to sign the statement early on but changed their minds when they saw how much company they had.

Finally, there is one sad piece of news to report. One of the original signatories, James E. Smith, died earlier in the month.