ZVENIGOROD, Russia — Last March, writing from Moscow, I shared with MinnPost readers my observations as Vladimir Putin road to victory in the presidential election while his opposition cried foul. The only unscripted and unpredictable event in that election story came in the form of the tears in Putin’s eyes when he spoke to a rally of his supporters on election night.

Back on the road in Russia again this summer, I can tell you that the events since the election — and especially in the past few weeks — explain why Moscow didn’t believe in Putin’s tears.

This May and June, Putin pre-empted any chance for a “Moscow Spring.” The police ran riot in a crude crackdown on demonstrators last May 6, the day of his presidential inauguration. He signed into law legislation worthy of a Pinochet that imposed heavy fines on unauthorized demonstrations. More recently, he replayed an old script from Stalin’s days. In a series of synchronized nighttime raids on June 12, his police searched the Moscow apartments of the most prominent figures in the opposition, seized their personal property, and summoned them to appear before the prosecution’s  “Investigative Committee.”

Putin’s been a bit crude lately. Nevertheless, you can both recognize Putin for the political brute he is and also refuse to take the opposition seriously.

Take the case of the punk-feminist rock-band “Pussy Riot,” a hold-over from the political antics of the presidential campaign. On Feb. 21 “Pussy Riot” entered Moscow’s Church of Christ the Savior. They trespassed into the church’s sanctuary, shed their street clothes to come out in some rather naughty outfits, and performed “Holy Mother, Throw Putin Out!” – their punk anthem against Putin.   You can catch a video of the performance which they posted on YouTube within the few minutes before the police arrived were on the scene.

They were arrested and detained in a Moscow jail. Their detention was later extended another 30 days. Meanwhile, punk groups in Europe and America are staging protest performances in solidarity and a Russian priest has proclaimed a miraculous vision in which God appeared to him and condemned “Pussy Riot.”

Now, I am a First Amendment sort of guy and would have recommended leniency in the form of a public apology by “Pussy Riot” to the Russian Orthodox Church and its believers. Still, I find it difficult to work up much outrage in support of “Pussy Riot” and am quite certain that most Russians feel the same. Before you nominate me for this year’s “Muzzle Awards,” do a little research into what the Church of Christ the Savior represents in the history of the repression of religion in Russia and means to today’s Russian believers.

The cynicism of my Russian friends – all of them survivors of the counterculture of the 1980s – has rubbed off on me. My take on the story of the poster girl of the opposition – the police harassment of Russia’s “it” girl, its Paris Hilton, Ksenya Sobchak — leans heavily on the views of Misha Kucherenko. Known as “Big Misha” or “Big Mike” in recognition of his height of well over six feet, Kucherenko was profiled in Rolling Stone in 1987 and quoted in many by-lines from European and American correspondents here in the Gorbachev years whenever they covered the underground rock and counterculture scene. As far as he is concerned, Ksenya Sobchak is “typical of the self-serving, spoiled and pampered elite who make up the opposition leadership.”

Last February, the pop star of TV and the media, Ksenya Sobchak stepped out of Putin’s inner circle and lent her glamour to the opposition. A little biography is needed here. Her father, Anatoly Sobchak (1937-2000) was the charismatic, liberal mayor of St. Petersburg in the 1990s and the political patron of a younger Putin who served as his executive assistant. Rumor has it that Putin is Ksenya Sobchak’s  god- father. The connection supposedly made her untouchable. Then, in the June 12 raid, the police searched her apartment, seized personal items, including a safe that allegedly held over a million euros, and subjected her to an exercise in misogynist humiliation.

The conduct of the police was as dumb as it was disgusting. They failed to appreciate how their tactics would play into the Paris Hilton factor and, if anything, boost Ksenya Sobchak’s media ratings and popularity.

Only a troglodyte on the Russian right would condone the Putin regime’s conduct in the Sobchak case. Her story, nevertheless, is the stuff of soap opera and reality TV shows. It is not the stuff that inspires confidence in the leadership of the opposition. Don’t expect much from her other than the exploitation of media opportunities. “Besides,” Kucherenko added as his last point on the subject, “what’s she going to do? Twitter toward the Kremlin in her stiletto heels and hit the Kremlin wall with her Gucci purse?”

My nomination for superfluous political conduct goes to Artemy Troitsky. Our paths often crossed in the 1980s and early 1990s. His early claim to some fame came through his production of videos and a documentary on Russian rock and roll that aired on U.S. cable channels in the late 1980s. He also published a book in English on Russian rock, “Back in the USSR: The True Story of Russian Rock” (1988). His later success, access to the media elite, and a very respectable income came as the managing editor of the Russian Playboy.

This year Troitsky rode a trifling issue to a place among the leadership of the opposition.  He called one innocuous rock singer, Vadim Samoylov, “the trained poodle of Surkov” (Vladislav Surkov is a key Kremlin insider).

Samoylov responded with a libel suit. Both now play up the issue for the Russian and foreign press. The Russians I have spoken to about the case think it is high time both of them grew up. Nobody expects that the man who brought Playboy to Russia has any agenda other than his hyping his own image. 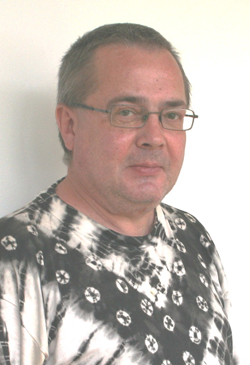 This trip took me outside Moscow to the once rural, now ex-urban town of Zvenigorod, where I met another old friend, Andrei Agafonov. In the late 1980s and early 1990s, Agafonov’s apartment in the heart of Moscow was a counterculture forum where artists and rock musicians gathered. It was the place western journalists and diplomats went when they wanted to take a walk on Russia’s wild side.

The son of an elite family from the upper echelons of the Communist Party family and a former correspondent in France for TASS (the Soviet news agency), Agafonov declined chances to climb up the Soviet ladder and more than a few offers to join the KGB in favor of a non-conformist’s life. Today, he is a semi-retired recluse living in a comfortable house on the outskirts of Zvenigorod and making ends meet by occasionally selling pieces of his family’s art collection.

He watches the politics of Putin and the opposition with a skeptic’s eye. Referring to a 19th-century Russian radical movement – Narodnaya Volya (The People’s Will) – Agafonov fears that today’s opposition shares the 19th-century movement’s naiveté and could lead to the same disastrous result.

“Remember,” he told me, “the Narodnaya Volya led to Bolshevism and the catastrophe of the Russian Revolution.” With a touch of irony, he adds: “Look around here, you see the ordinary people of Zvenigorod. If there was a revolution, the first place they would come would be here to sack this house.”

Thinking of the history of his generation, I asked Agafonov what was his generation’s greatest moment and its worst. The best and worst were in the same moment. “Our greatest moment is easy to remember,” he said raising a clenched fist, “it was the time of the putsch of August 1991 when we stopped them and we all said, ‘At last, we showed them.’”

Bringing his fist down on the table, he adds, “Then in a second we realized how stupid we were; they showed us; they used us.”

This Russian summer seems to be breeding cynicism. Everyone know that “they,” guys like Putin, ran this country before and after the fall of the Soviet regime 20 years ago. Nobody trusts the opposition. More important, nobody wants another upheaval, let alone a revolution. As everyone knows, to use a popular Russian phrase, “it could be worse.”

It’s no wonder then that in the cafes and background music I hear again and again the Russian version of Peggy Lee’s old classic, “Is That All There Is?”