Does a ballot question’s title influence how it fares at the polls?

That’s a major controversy in Minnesota politics this week, and the answer appears to be “yes.”

According to some experts, small changes in wording that may appear inconsequential can seriously affect how voters perceive a constitutional amendment.

Secretary of State Mark Ritchie this week raised eyebrows when he renamed a second proposed constitutional amendment, the Photo ID measure, on the same day that Republicans filed a lawsuit contesting his revision of the marriage amendment’s title. More litigation is likely.

With all the political maneuvering over the amendments’ wording, it’s easy to forget that the furor actually could be because the language used really does matter in how voters perceive the ballot questions.

“There’s a large literature in the social sciences on how wording affects political judgment, and many studies show that people are often very sensitive to seemingly small changes in wording,” said Jon Krosnick, a professor of communications, political science and psychology at Stanford University.

“Therefore, these re-wordings of the title of each amendment have the potential to alter people’s understanding of the issues at stake and to alter their votes,” he said.

In addition, Republicans contend that the new titles are far more than subtle changes. Some, such as Sen. Sean Nienow, have accused Ritchie of choosing specific words that would discourage voters from supporting the amendments.

The secretary of state’s office declined multiple requests for comment.

Ritchie announced on Monday that he was changing the Photo ID amendment’s title to: “Changes to in-person & absentee voting & voter registration; provisional ballots.” The original title, passed by the Legislature in April, is “Photo identification required for voting.”

In late June, Ritchie renamed the marriage amendment to read: “Limiting the status of marriage to opposite sex couples.” Its original 2011 title is “Recognition of marriage solely between one man and one woman.”

Supporters of the Photo ID title could challenge the name in court, the same route marriage amendment proponents said they would take.

Monday’s announcement means both November ballot questions are in litigation.

In recent days, amendment supporters repeatedly have attacked the secretary of state’s actions — and motives.

“[Ritchie’s] gone off the rails,” said Dan McGrath, executive director of Minnesota Majority, a pro-Photo ID group, reacting to the name changes. “He’s no longer even putting on a veneer of being impartial.” 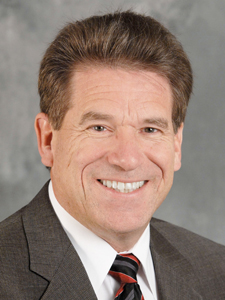 McGrath said he’s concerned that an average voter scanning the ballot looking for a question related to “Voter ID” or “Photo ID” might miss the new title and simply ignore the question. In Minnesota, not voting on a constitutional amendment is the same as a “no” vote.

“The question is phrased very well, but the [new] title is confusing, and if you’re scanning the ballot, that title is going to put people off,” McGrath said. “It might not be a large number of people, but some number of people are going to see that, and say, ‘What’s that mean?’ and just leave it alone.”

Photo ID opponents, however, say voters would take into account a wider variety of factors than just the amendment’s title.

Greta Bergstrom — a spokeswoman for TakeAction Minnesota, part of a larger umbrella campaign against Photo ID — said voters will hear plenty about the measure long before they reach the polls.

“By the time Nov. 6 rolls around, people in Minnesota are going to have heard from both sides on this and make an informed decision, taking everything into account,” she said.

Experts agree that the higher-profile marriage amendment is likely to seem less ambiguous to voters. The emotionally charged issue is attracting big money already, months before Election Day, and well-laid ground campaigns are gearing up on both sides.

“That’s the one which is going to be the least publicized because you don’t have the major funding sources coming in on it as of yet, so the title there could play a key role,” he said. “The title there really seemed to me to be an overreach by Ritchie in terms of actually deliberately making that much more negative.”

Morris also argued a point that many of the experts share: Uninformed voters seeing ballot questions for the first time at the polls could rely heavily on their titles in determining how to vote.

“Many people who will vote in any election are not actually highly attentive to politics and highly informed,” Krosnick said. “Many people vote reading the wording of an amendment for the first time in the voting booth or when they receive an absentee ballot. So in that sense, a significant number of votes will be cast by people who are forming an impression of an amendment at the time that they’re casting their vote, and so a title can certainly create a spin in their minds that can affect their vote choice.”

Some of those factors appear to have played out in North Carolina, where voters passed a similar but even more restrictive marriage amendment in May.

Constitutional amendments there don’t appear on the ballot bearing a title and instead only come in the form of a short description.

The North Carolina description, which pollsters noted confused voters across the state for months before the election, read: “Constitutional amendment to provide that marriage between one man and one woman is the only domestic legal union that shall be valid or recognized in this State.”

Public Policy Polling noted the confusion among voters in early May, just before the vote.

“Lack of voter understanding about how far reaching the amendment is continues to be the biggest obstacle for those hoping to defeat it,” according to a May 1 PPP report, which noted that 40 percent of voters still didn’t understand the amendment banned both gay marriage and civil unions.

“I definitely think that the confusion had an impact on the vote,” said Stuart Campbell, executive director of Equality North Carolina, a statewide LGBT rights association. “We constantly talked about how poorly written and vaguely worded this amendment was, and that a lot of people were confused about it, so we tried to point that out as often as we could.”

Morris draws the connection from North Carolina to Minnesota, which appears to have a clearer amendment question.

Now it’s up to the court to decide which title will appear before the voters in November.