The Minnesota Supreme Court on Tuesday vigorously questioned attorneys from both sides of the Photo ID debate and is expected to rule by late August on whether the proposed constitutional amendment will appear on the November ballot.

The suit, brought by the League of Women Voters and other activist groups, asks the court to strike the proposal from the ballot, arguing that the current language doesn’t accurately portray the amendment’s effects.

An attorney for the state Legislature argued that the court lacks the authority to dictate the form or status of constitutional amendments.

The justices’ mood in the courtroom — pointed at some times and lighthearted at others — gave little indication what the court will do with the amendment.

At least two justices seemed to indicate that they consider the ballot question misleading — which is what opponents of the amendment argue — but then in almost the next breath defended the Legislature’s authority to craft amendments.

Opponents of Photo ID would have to convince the court that the ballot question — which makes no mention of a proposed provisional voting system or different standards for absentee voters — is “so unreasonable and misleading as to be a palpable evasion of the constitutional requirement to submit the law to a popular vote,” according to legal precedent.

Bill Pentelovitch, an attorney for the League, told the court that the ballot question doesn’t adequately inform the public of what it’s voting on, a view that resonated with Associate Justice Paul Anderson. 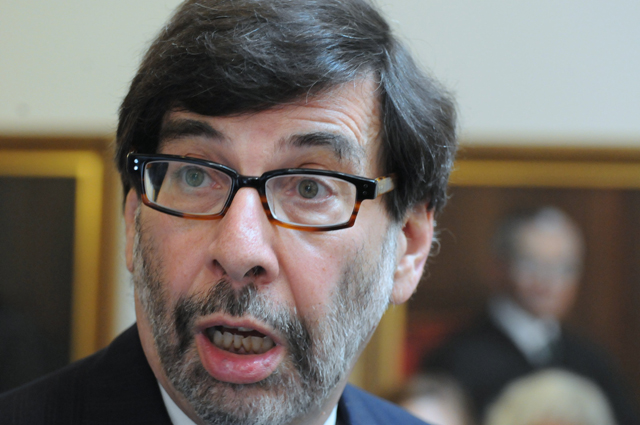 “Questions can be deficient by omission as well as misstatement,” Anderson told the Legislature’s attorney, Thomas Boyd. “Let me submit, you have a major omission here that I think can cause real problems for the voters.”

Anderson, one of the most outspoken justices at the proceedings, also questioned how the amendment itself would affect voting in the future.

“Does this provisional voting provision in the amendment essentially eviscerate Election Day registration such that it would have affected one-sixth of the voters … in 2008?” he asked. “If the Legislature presents something that’s deceptive, don’t we have the right to review that?”

But Boyd, who essentially represents the Republican majorities in the Legislature, said if the court intervenes, it would erode the Legislature’s sole authority over constitutional amendments and breach the separation of powers.

“The Legislature had the exclusive authority to present that to the people for a vote if they adopt it,” he said.

The political partisanship that surrounds the Photo ID issue also caused some justices to pause.

“Why shouldn’t we be hands off with this particular question? Why shouldn’t we say, ‘This is a political question?’ ” Associate Justice David Stras asked. “It sounds a lot like there’s not much in terms of a remedy that we can give.”

Stras’ concerns highlight the other quandary before the court: If it finds the ballot question unconstitutional, what can it do to repair the situation? According to the justices and attorneys for both parties, the court has the option to take the question off the ballot or to add the entire wording of the amendment.

But Boyd argued that even submitting the full amendment language would be “unpalatable” to legislators.

“The Legislature does not believe that there would be a good remedy,” Boyd said. “The only course is to proceed with the ballot question and to have it on the ballot.”

Rep. Mary Kiffmeyer and Sen. Scott Newman, chief authors of the Photo ID amendment who attempted to intervene in the lawsuit, said after the hearing that they were pleased with the court’s engagement, but they didn’t try to predict an outcome.

“You just don’t know. I think it’s just best to sit back, let them do their job,” Newman said. “We don’t know what they’re going to do.”

Newman also said that there would be additional litigation forthcoming about Secretary of State Mark Ritchie’s renaming the ballot question, which stirred up controversy last week.

“We will be raising it in the form of a suit similar to the marriage amendment,” Newman said.