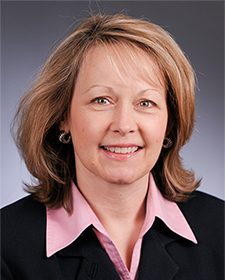 The setting said it all.  At The Woman’s Club of Minneapolis, a hub for powerful women in the Twin Cities since 1928, Voices for Conservative Women hosted its first networking event.

The political action group that started literally at a kitchen table three years ago has set its sights on electing conservative women.

The atmosphere was cordial and warm, but the talk was serious – small business concerns, the economy, and the main topic of the evening: how to encourage conservative women to run for office.

“Just like liberal women, we are women who deal with issues like aging, education, business and finance,” Koch told the group.  “But we do it with a different, conservative perspective.”

Jennifer DeJournett, president and founder of Voices, believes that women, and especially conservative women, know better than anyone how to maintain fiscal order.  But until recently, there was no organization here to support them. 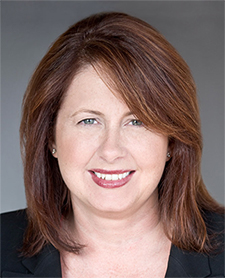 “Does the common-sense, pocketbook woman have a place and home?” she asked as she explained to the group her drive to create Voices.  “As the women of the right, we could do better.”

Voices’ founding principle is to endorse women candidates based primarily on their views on fiscal issues.  Voices’ endorsees are all Republicans, but DeJournett insists that party affiliation is not a litmus test.

Neither are social issues, which are strictly not part of the agenda for VoicePAC or the group’s education and advocacy arm, which sponsored the networking event.

Judging by the conversations at The Woman’s Club, Voices has correctly identified the concerns of many of today’s conservative women.

“Business is good,” Koch was saying to two women. Her utilities services business was busy, a sign that development is picking up, she said.

“But people are still unsure,” replied Laura Tomczik, who works for a small insurance company.  “The cost of health care is a major issue.” 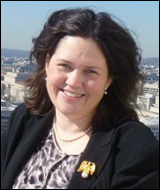 Comments like that reinforce DeJournett’s contention that women in office can better make the case for legislative change. Rep. Loon agreed: “Women, by far, can tell you when the rubber hits the road in public policy.”

Loon and others offered a hint that conservative women share some common ground with their liberal counterparts, mainly in their belief that women have the potential to be better leaders than men. “Women invented the word multitasking,” she said.

State Rep. Carol McFarlane, who is not running for re-election, is now helping other campaigns. She summed up why she supported women in office: “We don’t do it the same way as a man.  We don’t rant and rave and wave our fists, and we don’t always have to take credit.”

It was the line that drew the loudest applause and the most knowing smiles.