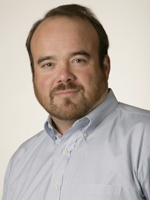 Although the voting and marriage constitutional amendments cleared their final legal hurdle before Election Day, both likely will face political and legal battles even if they are approved by voters.

MinnPost spoke with advocates and opponents of the two amendments, as well as lawmakers and political observers, following Monday’s Supreme Court rulings. The rulings rejected attempts to drop or modify the voter amendment ballot question and affirmed the Legislature’s authority to name the amendments.

Opponents of the amendments said the rulings did little to change their campaign strategies in the final months before the Nov. 6 election, while those supporting the amendments praised the court and its outcomes for making their jobs easier.

Larry Jacobs, a policy expert at the University of Minnesota, said the rulings “create a glide path toward the passage of both constitutional amendments.”

“It makes it much harder for the opponents of the amendments. They’re now fighting uphill with time running out,” Jacobs said. “I’d be surprised if both amendments don’t pass after the Supreme Court rulings.”

But David Schultz, an elections expert from Hamline University, said he still thinks the marriage amendment is too close to call.

Schultz also added that “significant post-election litigation” both at the state and federal levels, as well as routine politics, could prevent either amendment from ever taking effect.

Cases related to other state gay marriage amendments, such as Prop-8 in California, could alter federal law, and “the fate of those cases may very well have a big impact on that amendment” in Minnesota, Schultz said.

He also argued that the voting amendment requires enabling legislation to take effect, so if agreement can’t be reached between DFL Gov. Mark Dayton and whichever party controls the state Legislature next session, it might sit in limbo. 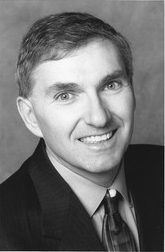 “For that reason alone,” Schultz said, “I could see that amendment going nowhere because there’s no enabling legislation to move it.”

Rep. Mary Kiffmeyer, who sponsored the voting amendment in the state House, said she thinks it will be a tough process to pass the enabling legislation, but said it was elected officials’ constitutional duty to do so.

“Be fair for the people in that regard and be true to your oath of office,” she said.

“It’s a significant win for the court, for the rule of law, for those proponents of the Voter ID amendment, because we now have a clear title and the ballot question will be on the ballot,” said Erick Kaardal, counsel for the GOP lawmakers who sued to affirm the Legislature’s authority over ballot question titles.

Kaardal appeared with Dan McGrath, executive director of the pro-voting amendment group Minnesota Majority, at a press conference across the hall from Secretary of State Mark Ritchie’s office on Monday.

Ritchie earlier this summer used what he considered his statutory authority to rename the two amendments, but the court struck down his actions.

In early July, Ritchie announced that he had changed the voting amendment’s title to: “Changes to in-person & absentee voting & voter registration; provisional ballots.” The Legislature’s original title, passed in April, is “Photo identification required for voting.”

Earlier, Ritchie renamed the marriage amendment to read: “Limiting the status of marriage to opposite sex couples.” Its original 2011 title is “Recognition of marriage solely between one man and one woman.”

McGrath, who is also running the pro-voting amendment campaign ProtectMyVote.Com, said keeping the Legislature’s original title makes it much easier for him to accurately get out his message on the amendment.

In the past, McGrath expressed concern that Ritchie’s title could cause voters to misunderstand that the ballot question before them dealt with the typically popular Photo ID issue. In Minnesota, if a voter neglects to vote on a ballot question, it counts as a “no” vote.

“It really is a big relief,” he said. “Now we can get on and not worry about how on earth we’re going to message that title — how do we get people to understand that title equals Voter ID when identification doesn’t even appear in the secretary’s title?”

McGrath said the naming lawsuit prompted his organization to consider an entirely new marketing campaign — including giant lawn signs using Ritchie’s proposed title — that it could now abandon because of the court ruling.

“We would have had to significantly increase our budget in order to educate people on the meaning of that title,” he said, noting that the group has dropped its fundraising hopes from $3.2 million to roughly $1.6 million because of all the competition for political contributions.

But the ballot question lawsuit, brought by voting amendment opponents and separate from the naming litigation, didn’t cause ProtectMyVote.com to change its strategy.

That lawsuit called the voting amendment ballot question misleading and asked the court to remove it or substitute the question with the full amendment’s language.

“We never stopped [campaigning],” McGrath said. “We presumed the court would not actually take the extreme step of throwing it completely off the ballot. We didn’t know if they’d meddle with the title or the question, but we were pretty confident … that it was still going to be on the ballot, so we continued to press forward.”

McGrath’s confidence matches that of Luchelle Stevens, who is running an anti-voting amendment campaign of about 100 coalition groups called Our Vote Our Future.

“It’s not going to change anything in any way at all,” Stevens said of her group’s campaign efforts in an interview after the rulings came out. “We’re confident that once voters see what this amendment is and see what’s behind it, they will vote no.”

Anecdotally, anti-voting amendment groups have seen support for the measure, popularly called Photo ID, drop once all of the potential consequences related to it are explained.

Likewise, Kate Brickman, a spokeswoman for Minnesotans United for All Families, which opposes the marriage amendment, said in an email that the rulings would have little effect on its campaign.

“Honestly the lawsuit didn’t change anything for us — neither when the lawsuit was filed, nor with the decision today,” Brickman wrote. “The question has been the same all along, and that’s what we’ve been focused on, having conversations with voters about the question at hand.”