The Kurt Bills campaign for Senate has collected criticism from the left and the right for “Quick Kurt.” His online ad imitates “Fast Paced Paul,” the introductory ad of Wellstone’s 1990 underdog campaign that ended up defeating Sen. Rudy Boschwitz.

The campaign not only stands by the comparison between two underdog candidates but also is trying to reinforce the similarities.

“Wellstone and Bills also share a prairie populism,” the campaign stated in a news release Tuesday. “Both come from working class backgrounds, were teachers, were wrestlers, and share a deep skepticism of the establishment.”

Bill Hillsman, the adman who created “Fast Paced Paul,” is only mildly amused.

“Strategically, it’s a stretch,” he said.But, “it’s a man-bites-dog story,” he said, because the candidates are political opposites. “He’s trying to lure people into writing about it — and it’s working.”

Hillsman ticks off the multiple differences between the two ads.

First, the Wellstone ad actually had a broadcast airing — “Literally hundreds of thousands of people saw it” — while, at present, the Bills ad is only online. (The campaign, however, said it hopes to raise enough funds to air the ad.)

The Bills ad was written by Osskopp, who directed the scenes and sent a staff member to travel with Bills to capture the video on a handheld camera. By comparison, the Wellstone ad was created by a team of professionals, headed by Hillsman, who already had a portfolios of prestige accounts.

“Fast Paced Paul” was meant as a spoof. With a frantic Wellstone running from pillar to post, “it was a way to poke fun at the traditional biographical ads that every candidate has to do,” said Hillsman.

“Quick Kurt” is an unabashed imitation right down to the campaign buses. “The Bills ad is an homage to Wellstone’s campaign,” said Osskopp, who said he is sorry that Wellstone’s son, David, found the ad disrespectful.

The 60-second Kurt Bills ad, twice the length of the Wellstone spot, takes a direct shot at Sen. Amy Klobuchar, citing votes that it claims Wellstone would have never taken.

Hillsman sees the mention as“an excuse to drive a wedge between Klobuchar and Wellstone.”

But at least one political observer who knew Wellstone says the Klobuchar criticism is on target.

“Klobuchar is the ‘great avoider,’ ” says former Gov. Arne Carlson. “And Minnesota has long prided itself on U.S. senators who have been in the center of controversies.” He mentioned, in particular, Eugene McCarthy, Hubert Humphrey, Dave Durenberger, even Rod Grams.

Hillsman believes the goal of the ad, and the Bills campaign, is to reach the independent Minnesota voter.“It was fascinating how many independents voted for Wellstone,” he said. 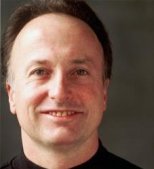 “A lot of people who voted for Paul, didn’t agree with him on every single issue,” he said.

Hillsman allows that the perception of Wellstone as an iconic politician tempts others into association.

Again, the Bills campaign is doing nothing to keep its distance from the Wellstone image. “I know a lot of conservatives who disliked his policies but who couldn’t help but respect the fact that he had the courage of his convictions,” Bills stated in the Tuesday news release.

Still, Osskopp has had to reassure some Republicans who wondered why the campaign was cozying up to the reputation of one of the most liberal senators ever elected.