Editor’s note: This report is part of a project on voting rights in America produced by the Carnegie-Knight News21 program.

A number of activist secretaries of state are dramatically changing a once nonpartisan job that involves supervising elections.

Some have supported partisan legislation. Some have endorsed or advised their party’s candidates. In 36 states, the secretary of state also holds the title of chief election official.

The most aggressive of this new group are Republicans Kris Kobach, of Kansas and Scott Gessler, 47, of Colorado.

They have been leaders in efforts to enact strict voter registration requirements in Kansas and to purge voting rolls in Colorado. Both say they want to stop voter fraud while critics, including Democrats and civil rights groups, say the measures would suppress voting.

The partisanship of secretaries of state in the role of chief election official “is an obvious conflict of interest between the essential obligation to serve all voters and their attachment to one of the major political parties,” said Daniel Tokaji, an election law professor at the Ohio State University Moritz College of Law.

Currently, more Republicans than Democrats have made their secretary of state offices partisan, Grayson said. Of the 36 secretaries of state who are chief election officers, 23 are Republican and 13 are Democratic.

He grabbed the national spotlight through election recounts. Conservatives questioned Ritchie for his role in the recount that certified Al Franken the winner of a 2008 Senate race and, two years later, Mark Dayton the winner of a gubernatorial recount.

Both winning candidates are also Democrats.

Ritchie is outspoken on voting rights issues. Unlike the Republican secretaries of state, he opposes a voter ID requirement in Minnesota, saying it will disenfranchise voters and cost millions in unnecessary expenses.

Minnesota has 4,000 polling places with 30,000 election judges, Ritchie said. He downplays the influence a secretary of state has as chief election officer.

“It’s the towns that run the elections. The counties are the chief election officers, and they own and control their voter list completely,” Ritchie said. “We don’t own the elections. This is why a lot of this conversation about secretaries is kind of meaningless in a way.”

Minnesota Republicans say Ritchie is trying to influence voters by renaming two proposed constitutional amendments — one requiring voters to show photo ID and the other banning same-sex marriage — on the November ballot.

Ritchie also changed the language of the same-sex amendment, from “Recognition of Marriage Solely Between One Man and One Woman” to “Limiting the Status of Marriage to Opposite Sex Couples.”

Amendment proponents say Ritchie has changed the titles to confuse voters and help defeat the measures to benefit Minnesota Democrats.

More than others, Kobach and Gessler are changing the role of a state’s election officer.

However, Romney campaign regional press secretary Alison Hawkins told News21 that Kobach isn’t an adviser to the campaign on any issues, either formally or informally.

Secretaries of State Brian Kemp of Georgia and Matt Schultz of Iowa, both Republicans, have supported voter ID legislation. All the states that have passed ID laws have Republican-majority legislatures except Rhode Island, which had a Democratic majority in 2011 when its law passed with bipartisan support.

Bennett has since received it and apologized if he offended anyone.

Kobach has been involved in national Republican politics since 2001 when he was chief immigration adviser to then-U.S. Attorney General John Ashcroft. 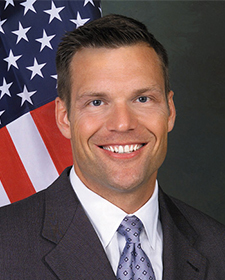 He went on to write S.B. 1070, Arizona’s contentious anti-immigration law. Three of four parts of that law were rejected in June by the U.S. Supreme Court.

Gessler addressed the Republican $250-a-plate Lincoln Day Dinner in Denver in June about voter fraud, saying, “People on the left say it doesn’t exist … but I’m from Chicago originally, where they used to say, ‘Vote early and vote often.’ ”

“I was a very proud Republican, but I was very cognizant of the fact that people needed to be able to trust elections,” said Grayson, who now directs the Institute of Politics at Harvard University’s Kennedy School of Government.

“So I tried to remember that in what I said, whether it was on a policy, on politics or on an individual, and always being aware of that appearance,” he added.

But Gessler believes his outspokenness is respectful to voters.

“When I say I’m a Republican and this is what I stand for, I think I’m giving people an honest choice,” Gessler said. “When people hide their party affiliation, or when people pretend there is no policy divide, pretend there is no choice here, what they’re really doing is masking what those choices are.”

Alexander Keyssar, professor of history and social policy at the Kennedy School, said the office should be nonpartisan.

“One of our many problems in the world of elections is that our election administration is generally partisan. They’re elected as members of a party. That’s how Katherine Harris could be secretary of state and state chair of Bush’s campaign simultaneously,” he said.

While serving as Florida’s scretary of state under then-Gov. Jeb Bush, Harris was accused of partisan bias as she declared George W. Bush the winner of Florida’s electoral votes in the 2000 presidential election, a decision ultimately upheld by the U.S. Supreme Court.

Kobach was elected as Kansas secretary of state in 2010 after a two-year stint as Republican Party chairman. He co-wrote the state’s Secure and Fair Elections Act, requiring photo ID to vote and, effective next year, proof of citizenship to register to vote.

Kobach argues he can fairly govern his state’s elections and also take strong partisan stances. While campaigning, Kobach told voters he would work on voter ID and anti-immigration legislation.

“My opponents tried to use that against me,” he said. He beat his Democratic opponent by more than 21 points.

Kobach believes “a person can be a strong Republican or a strong Democrat and still approach the administration of elections with a nonpartisan, evenhanded attitude.”

Similarly, when Gessler took office in January 2011, the Denver Post reported his intention to continue practicing law at Hackstaff Gessler LLC. His Denver-based firm “specializes in campaign and elections law and has represented a number of Republican-aligned clients,” according to the newspaper.

Colorado Common Cause and Colorado Ethics Watch, two groups that aim to hold government accountable, called this a conflict of interest.

Gessler consulted with Colorado’s Republican attorney general and then decided to leave the firm, even though he said he would have only worked on real estate cases.

“At the end of the day, it caused a lot of controversy and it really become untenable,” Gessler said. 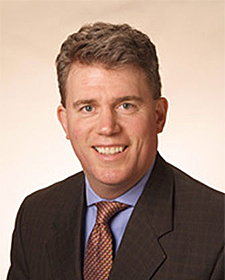 He’s since spent significant time in the courtroom, dealing with at least 10 lawsuits. These involve handling of ballots for inactive voters, attempting to reform campaign finance in Colorado, and addressing public access to ballots.

In a country so divided along party lines, secretaries should be wary of partisan politics, said Doug Chapin, a University of Minnesota researcher and director of the Program for Excellence in Election Administration.

Jocelyn Benson, a professor at Wayne State University in Detroit, who was the Michigan Democratic nominee for secretary of state in 2010, said the officeholder should be an advocate for voters.

“So the question is: Are they making decisions that are in the best interest of the voters or are they simply advancing what their party’s agenda is?” said Benson, who wrote “Secretaries of State: Guardians of the Democratic Process.”

To some degree, she added, the public should expect secretaries to advance their party’s political agenda. However, balance is needed in Republicans’ desire for integrity in elections and Democrats’ expectations for access to voting, said Benson.

“The challenge is to do both and to essentially make it easier to vote and harder to cheat,” she said.

In New Mexico, Secretary of State Dianna Duran has not endorsed candidates. Her office believes it would conflict with the New Mexico Governmental Conduct Act.

Other states’ secretaries don’t endorse candidates out of personal belief. Massachusetts Secretary of State William Galvin, a Democrat, hasn’t endorsed a candidate since he took office in 1995.

“The operation of elections has a vast amount of laws,” Gant said. “Whether people endorse or not or do different political maneuvers, the laws we have in our state are very strong.”

The Wisconsin Government Accountability Board, for example, consists of six former judges as a nonpartisan staff. Together, they oversee the state’s elections, campaign finance, ethics and lobbying laws.

“The benefit of having a board like ours is that all of our judges are trained decision makers. They know how to weigh the evidence, how to look at the law and how to apply it,” said Reid Magney, the Wisconsin Government Accountability Board public information officer.

They think a secretary of state who is also the chief election official means greater accountability.

“They’re not as politically accountable as a single elected official,” said Kobach of election boards.

Secretaries of state who also are the chief election officer “subject themselves to the scrutiny of voters … so you have public accountability built in,” Gessler said.

Most secretaries of state elected

Including Kobach and Gessler, 32 secretaries serving as chief election officials are elected. Florida, Pennsylvania and Texas secretaries of state are appointed by their governors. New Hampshire’s legislature names its secretary of state.

Delaware Election Commissioner Elaine Manlove, who was appointed by a Democratic governor to a four-year term, thinks elected secretaries, who must campaign, should not alienate other parties.

“I just don’t know how you split yourself down the middle like that,” she said.

Though Washington Secretary of State Sam Reed, a 12-year veteran, has made political endorsements, he’s been praised for running elections fairly, most notably in 2004 when he oversaw the closest gubernatorial election recount in U.S. history.

“When you’re there to talk about elections, you’re there just to make the system work better, not with some partisan ax to grind, or get back at someone for something they have done before,” Reed said.

New Hampshire Secretary of State Bill Gardner runs his election system similarly. The Democrat first took office in 1976 and has since been re-elected by both Republican and Democratic legislatures.

“The past decade we have seen a lot of changes, many of them positive, but we really haven’t addressed this problem when it comes to how our elections are run,” Tokaji said.

Joe Henke was a Hearst Foundations Fellow this summer for News21.

About this project: “Who Can Vote?” was produced by News21, a national investigative reporting project involving college journalism students across the country and headquartered at the Walter Cronkite School of Journalism and Mass Communication at Arizona State University. News21 is funded by the Carnegie Corp. of New York and the John S. and James L. Knight Foundation.

For the complete Voting Rights in America project, visit here.