• A primary victory for a Senate leader who withstood a conservative challenge.

• A narrow victory for a conservative candidate over Rep. Connie Doepke, who was running for an open Senate seat.

Here’s a look at those three western suburb races:

House District 33B: Cindy Pugh, a Tea Party leader who was endorsed over the incumbent, easily ousted Smith with 70 percent of the vote.

She criticized Smith, a 22-year House member who had received some union support, as out of touch with the district. Smith, who was unavailable for comment, has called Pugh an extremist for her hard-line views.

cindyformn.comCindy Pugh, center, is the co-founder of the Southwest Metro Tea Party.

“The Tea Party values that I have embraced … these are not extremist positions as Rep. Smith portrayed,” Pugh said from her primary night party on Tuesday. “They are mainstream. People are very, very worried about our debt. They’re concerned about the size of spending.”

Senate District 47: Sen. Julianne Ortman, chairwoman of the Senate Taxes Committee, easily defeated Bruce Schwichtenberg, who painted himself as the more conservative option. Ortman and Schwichtenberg deadlocked at the party endorsing convention in May.

She earned 58 percent of the vote to Schwichtenberg’s 42 percent.

“We had great results tonight,” Ortman said in an interview afterward. “I think our team worked very hard and I think we got great affirmation of my work at the Capitol.”

The Republican from Chanhassen also defended her conservative credentials. 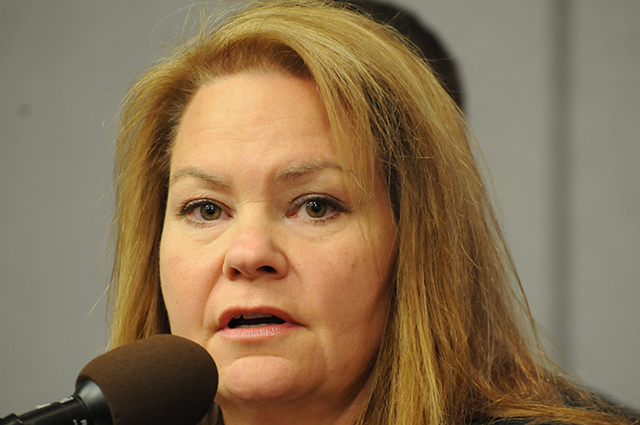 “I would say that I’ve always been conservative,” Ortman said. “I’m just not an angry conservative, and there are a lot of people who mix those things up … you can be conservative, principled and also work with others … and that’s the affirmation that I think we got today from voters.”

Senate District 33: In the race to replace retiring Sen. Gen Olson, Mound City Council Member Dave Osmek — who cast himself as further to the right than his opponent — eked out a victory by less than 1 percentage point over Rep. Connie Doepke.

The campaign involved questions of misleading literature over endorsements claimed by Doepke’s camp and infighting between the two candidates.

Democrats faced several closely watched primaries of their own.

All 201 legislative seats are up for election. There were 44 competitive primaries across the state Tuesday night – 20 for Republicans and 24 for Democrats.