The murder of Ambassador J. Christopher Stevens and three others in the attack on the U.S. consulate in Libya underscores that the Arab Spring’s revolutionary upheavals continue while our diplomatic successes remain fragile and our friends in the region are uncertain.

A coup d’etat plays out in days, weeks or at most a few months. A revolution, like the Arab Spring, takes at least a generation to complete. The final results of the European revolutions of 1848 came in the First World War and the destruction of the empires of old Europe. The rise of Stalin and his reign of terror in the 1930s brought to an end the forces that had brought the Bolsheviks to power in Russia in 1917. The anti-communist revolutions of 1989 and the dissolution of the Soviet Union in 1991 are only now shaping into a split decision with the consolidation of democracies in Eastern Europe and the rise of neo-totalitarian regimes in Russia and most of the other states formed from the former republics of the Soviet Union. 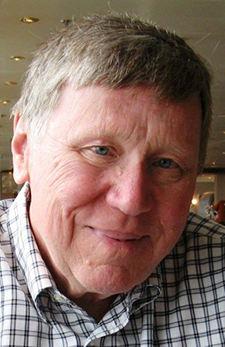 For a diplomat’s perspective on the Benghazi tragedy and the Arab Spring, I turned to my friend and colleague Richard Virden. Virden is the diplomat-in-residence at the College of St. Benedict and Saint John’s University. His 38-year career in the Foreign Service included two tours of duty each in Poland, Brazil and Thailand, and postings in Portugal, Romania and Vietnam.

“The facts are still far from clear even now and the crisis is not over,” he cautions. “Lives are at stake and, back here, politicians should hold their fire.”

Mitt Romney did not hold his fire. His response Tuesday evening succeeded in reminding Republican strategists why it would be better if Romney did not discuss foreign policy in this year’s presidential election campaign. Would Romney care to elaborate on just how the U.S. Embassy in Cairo could have issued a statement on the demonstrations in Benghazi several hours before the events occurred?

For the Romney campaign, the topic of foreign policy appears to be emerging as second only to the topic of his dog Seamus as issues best not discussed.

For President Obama, the Libyan debacle is a sobering reminder that good diplomacy is not a guarantee of success.

Until now, the Obama administration’s policies toward Libya stood out as singular diplomatic success stories. In Virden’s words, dictator Muammar Qaddafi “was over-thrown and democracy prevailed in Libya without American troops on the ground.”

Ambassador Stevens embodied the best of the new diplomats in the Middle East. Trained in Arabic, popular with the majority of Libyans and a key friend to the anti-Qaddafi forces in Benghazi during the Libyan civil war, Stevens was an American model for winning the minds and hearts of the Arab world and, not surprisingly, a target for assassination by the militant opposition.

What may be most important in Obama’s response to the crisis is not what he has said, but what he did not or could not say.  In an interview with the Spanish language network Telemundo, Obama responded to a question on Egypt with a frank comment on the complexities of the new situation. “I don’t think we would consider them an ally,” he said, “but we don’t consider them an enemy.”

The president’s remarks seem to indicate he had read Thomas Friedman’s recent op-ed in The New York Times on the United States’ need to live in a new world characterized not by clearly defined friends and enemies but by “frenemies.”

Obama was also acknowledging that we faced more uncertainties than certainties in the emerging new order of the Middle East. The only clarity to come from the Libyan crisis is to convince Obama that he is correct to stay away from military intervention in Syria and to increase our military presence in the region.

The president, nevertheless, is not likely to introduce Friedman’s idea of “frenemies” in the election rhetoric anytime soon or to campaign on the reality that we conduct foreign policy in a radically changed world that is increasingly outside of our control.

This election’s “October Surprise” has come early. For the past few weeks, rumors circulated that a surprise might come in the form of a new initiative by Obama in the war on terrorism.

This past Tuesday, just hours before the attack on Benghazi, Israel’s Prime Minister Benjamin Netanyahu emerged as the most likely candidate to throw an “October Surprise” into our election. His demand for a “red line,” an ultimatum, tightened the trigger aimed against Iran. Rumors immediately spread that either he would pull that trigger or at least exploit his visit to the United Nations General Assembly meeting later this month to make war or the likelihood of war against Iran the central issue of the last month of the presidential election.

Instead, Libya has delivered an early “October Surprise.” It is not so much a surprise as a wake-up call that the revolutions that accompanied the Arab Spring are not yet over and that foreign policy has a way of inviting itself into U.S. elections.