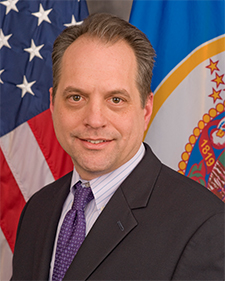 In a letter (PDF) to legislative leaders Tuesday, Gov. Mark Dayton announced the exchange would move from the auspices of the Department of Commerce to Minnesota Management and Budget, an agency with experience leading multi-departmental projects.

The move, though, also is aimed at removing the exchange from a potential conflict of interest within the Commerce Department — an agency that, with the exchange, would have both administered and regulated health insurance.

“The exchange has been going through growth pains,” Management and Budget Commissioner James Schowalter said during a Tuesday conference call with reporters. “[It is] growing from a smaller organization that was relatively policy-oriented and concentrated to a much larger organization that has far-reaching impacts.”

The switch follows months of criticism from business groups and insurance agents that have said the Commerce Department lacked transparency and was unwilling to answer basic questions about what the exchange would look like and how it would be funded.

The Dayton administration expects the health insurance exchange — a key component of implementing the federal health care reform law — to serve roughly 1 million Minnesotans. If implemented, it would offer a competitive marketplace for individuals and small businesses to shop for insurance with a mechanism similar to travel websites like Orbitz.

The administration and exchange planners have been hearing concerns for months about the potential conflict of interest if the exchange — which is quickly approaching a key federal deadline — remained under the control of Commerce Department.

“It hasn’t been a big topic of deliberation in the task force, but it is a technical legal issue that first came to my attention a couple months ago,” Phillip Cryan, a member of the exchange advisory task force representing SEIU Healthcare Minnesota, said Tuesday in an interview.

Julie Brunner, executive director of the Minnesota Council of Health Plans, said the timing was ripe for the exchange to switch hands because the planning process had matured.

Brunner added that it “became a little confusing” to work with Commerce for both regulatory and exchange-planning purposes.

“We believe that there was an inherent conflict with having the insurance regulator also developing this Travelocity-like tool that you use for purchasing health insurance,” she said. “I think that the administration’s decision today to move the exchange under … Management and Budget addresses the concern that we had.”

Minnesota is now working toward a preliminary Nov. 16 deadline to submit a blueprint proposal for the state-based exchange. The Dayton administration has repeatedly stressed the need for a Minnesota-model marketplace in lieu of a “one-size-fits-all” federal one..

The administration is currently using $28.5 million in federal grants to fund the project, and it applied last month for $42.5 million more.

“In the letter that [Dayton] sent to legislators today, he made clear his intent to do everything that he can to make sure that we have a Minnesota-made exchange, which is maybe one thing that we all agree on,” Tina Smith, Dayton’s chief of staff, told reporters on the conference call.

But Dayton in late August also declined to make any final decisions about the exchange until after the Nov. 6 elections.

“Let me be clear: my administration will not commit Minnesota to any final policy decisions in this application, such as how it will be financed or its permanent governance structure,” he reaffirmed in the Tuesday letter.

The administration’s tight deadline to submit a blueprint — and a perceived lack of transparency in the planning process — prompted action from business organizations over the summer.

The groups — including the Minnesota Chamber of Commerce and the Agents Coalition for Health Care Reform — said Commerce Commissioner Mike Rothman had withheld key details about the exchange.

“We’re obviously having a little disagreement with the commissioner, but, again, it’s not that we think he’s doing anything necessarily wrong,” Chamber of Commerce President David Olson recently told MinnPost. “We just don’t know. That’s the frustration. We have no idea what this thing is going to look like.”

Schowalter, who will take over the exchange planning from Rothman, said the agency changeover means “recommitting” to answering stakeholder questions (PDF). “We’ll continue to be doing that through exchange staff and across the administration.”

But administration officials declined to comment clearly on how big a role business concerns played in the decision to move the exchange leadership.The exchange planning staff is expected to move to MMB.

“We’re always concerned if we hear people’s concerns about lack of transparency, and we always try to do better, and that is absolutely our kind of motive operating going forward,” Smith said.

Dayton in his letter also attempted to address business leaders’ concerns about the short 10-day window in between Election Day and the preliminary federal deadline to submit an exchange proposal.

“Due to the great flexibility of the federal approval process, we can request conditional approval in November, and then make these important policy decisions early in the 2013 Legislative Session,” Dayton wrote. “I respect the authority of the Legislature to participate in these decisions, and strongly prefer that we all work together to make these crucial choices.”

Republican lawmakers have so far refused to back the exchange or become part of the planning process.

A representative from the Chamber of Commerce whom Smith said she talked to didn’t return a request for comment.

Robert Hanlon, who represents insurance agents on the exchange advisory task force, also criticized Rothman for not answering questions that could drastically affect employment in his field.

But he said Tuesday’s change didn’t answer any of his colleagues’ concerns.

“It’s going to make some changes … but I don’t know what those are going to be,” he said.