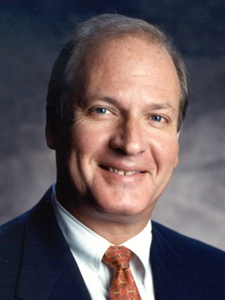 There was a worry in Vin Weber’s generally upbeat assessment of Republican chances for victory in November.

The former congressman and GOP consultant was asked at a Humphrey Institute forum at the University of Minnesota on Friday about Republican turnout in Minnesota.

“I’m worried about that,” he responded. “It’s worrisome that the top two positions don’t appear to be competitive.”

There may be a suggestion of a top-of-the-ticket weakness in the 6th District, where Democrat Jim Graves is touting his chances of defeating Rep. Michele Bachmann.

“She needs to take this race very seriously, and she is,” Weber said. Bachmann has many political advantages, he said, not the least of which is her loyal base of voters. “But her problem is, she ran for president,” Weber said. “National notoriety does not help in the district.”

But Dave Fitzsimmons, candidate for state representative in district 30B in Buffalo, the conservative heart of the 6th District, sees no flagging of Bachmann support where he lives. Furthermore, he questions the intensity of Democratic voters and whether Klobuchar or President Obama has pulling power.

“I just don’t see excitement driving those voters here to the polls,” he said.

He noted Republican image-maker and former Bachmann presidential campaign manager Ed Rollins has said that Romney needs to turn it around in the next few days and not count on the debates to be the game-changer.

Romney needs to score some points on substance, Weber said, and not rely on tactical diversions. It could be as simple as making three major speeches on the economy, jobs and foreign policy. “The problem isn’t lack of specificity. He has a lot,” Weber said. “But he hasn’t figured out how to wrap it up into a nice, neat package.”

Weber, who is an adviser to the Romney campaign, although not a close one, agreed with Romney’s own assessment that the candidate’s choice of words at the infamous Boca Raton fundraiser was “inelegant.”

Rather than dismissing the 47 percent who don’t pay taxes, Romney should talk about giving them more opportunities so they can pay taxes, Weber said.

“My own view is that a mistake was made with the question, ‘Are you better off than you were four years ago?’” Weber said.  “The right questions is, ‘Will you be better off four years from now?’”

He said the Obama and Romney campaigns have failed to focus on issues, even though both say this is the most important election in decades. “You wouldn’t tell that based on what they’re talking about,” he said.

But Weber still has confidence in Romney and doesn’t expect campaign shakeups. “The governor produces a very healthy form of loyalty,” he said. “He performed well in the [primary] debates, in the primaries. The campaign is organized.”

As for legislative candidates, it’s true that the further down the ticket, the less the top makes a difference. But Weber cited recent polls that have shown that in this election, party preference is coinciding with candidate preference – in other words, if you say you are Democrat, you will be less likely to switch that preference as you go down the ballot.

Still, “it’s winnable, it’s not a lost cause,” Weber said, choosing his words carefully. “They need to let him [Romney] talk about the issues.” Romney needs to ask, “Do you want to keep marching down this road?”

Republicans would be a lot less nervous if Romney starts expanding on the issues and undecided voters answer that question with a “no.”