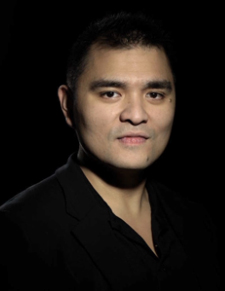 Reporter Jose Vargas was arrested Friday morning and charged with driving without a valid driver’s license, a misdemeanor.

An initial version of this story reported he was arrested by Minneapolis-St. Paul Airport Police.)

A native of the Philippines, Vargas is best known for his June 2011 New York Times essay, “My Life as an Undocumented Immigrant,” in which he described the steps he is forced to take to work in the United States, where he has lived since 1993, when he was 12.

(Update: The initial version of this story reported that Vargas works for the New York Times. He has worked for a number of publications, including the Washington Post, but does not appear to be a Times employee.)

It’s unclear why Vargas was stopped. He is scheduled to appear in Hennepin County District Court Oct. 18.

(Update: Vargas was stopped because he was wearing headphones, Roeske said.)

His arrest here on a traffic violation is newsworthy because the Hennepin County Sheriff’s Office, which operates the county jail, participates in Secure Communities, a Bush administration initiative to secure local law enforcement cooperation in reporting undocumented immigrants to U.S. Immigration and Customs Enforcement (ICE) officials.

In response, ICE routinely places deportation holds on undocumented individuals, whether or not the offense they are suspected of merits booking into the jail. Law enforcement participation is voluntary.

According to county records, Vargas was booked into the Hennepin County Jail at 10:49 this morning. Individuals suspected of driving without a license are typically issued a citation at the scene and not arrested or held.

Update: A State Patrol captain who handles calls from troopers who suspect they have detained an undocumented individual contacted ICE, Roeske said. The federal agency then typically asks the jail to place an immigration hold on the individual. There is nothing in the law enforcement agency’s file on the incident that says whether this was done.

In marked contrast to the way most undocumented immigrants have been handled during Sheriff Rich Stanek’s tenure, Vargas was released at 1:34 Friday afternoon.

(Update: Vargas was headed to Carleton College to give the weekly convocation.)

Among the steps Vargas enumerated in his Times piece were his efforts to secure a valid driver’s license, something he eventually managed to do in Oregon.

From the essay: “My license, issued in 2003, was set to expire eight years later, on my 30th birthday, on Feb. 3, 2011. I had eight years to succeed professionally, and to hope that some sort of immigration reform would pass in the meantime and allow me to stay.

“It seemed like all the time in the world.”

MinnPost learned of Vargas’ arrest after business hours Friday evening; if we are able to reach Vargas or county officials for more details we will update this story.

Reporter who wrote about life as undocumented immigrant arrested in Minnesota