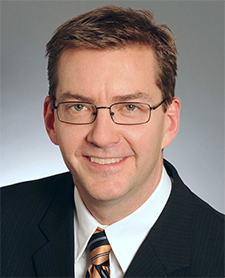 For the moment, almost all DFL legislators seem to be reading from the same script when talking of the upcoming session.

Easy to say, hard to do

It’s so easy to say, so easy an issue to campaign on, but keeping all DFLers on the same story line will be difficult once the session begins.

DFLers campaigned on a handful of basics during their campaigns.

Lowering property taxes and reviving the homestead credit were huge issues, especially in rural Minnesota. Paying back schools (the $2 billion fund shift to balance the budget) and upping aid to schools were big issues across the state.  Governing the state and handling the budget in a responsible way — without constant bickering and shutdowns — were the third leg of the DFL campaign.

There’s conflict, though within the promises

How do you lower revenue and pay back debt to schools and balance the budget and do so many of the other things DFLers would like to do, such as fix roads, fund the Southwest Corridor light rail, offer more support to state colleges, refuel local government aid and on and on?

Sieben, the new deputy majority leader, acknowledges the difficulty. DFLers currently are saying they’ll find a balance that GOPers never could through a combo package of cuts in government spending and additional revenues.

“But we know that more cuts will cause other needs to pop up,” she said.

Republicans, of course, already have begun the next campaign. The GOP sent out a fundraising letter to its membership that read in part:

“Now Democrats have gained both the state house and the state senate, we know that tax increases and wasteful government spending will be in order with Governor Dayton calling the shots. We have two short years to put together the effort to replace the Democrat house majority, Governor Dayton and Senator Al Franken. …”

The minority leadership selected by the surviving Republican senators is even more ominous.  Sen. David Hann, R-Eden Prairie, was elected by his peers to be the new minority leader. He’s of the just-say-no end of the GOP spectrum.

That means that anything DFLers hope to accomplish, especially in the Senate, will have to be accomplished without GOP support.

The big DFL dream is that tax reform will lead to new revenue. But that means much screaming and shouting from both inside and outside the chamber. 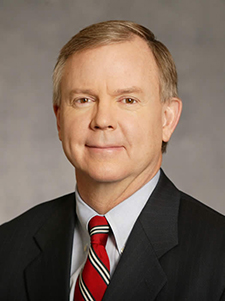 Charlie Weaver, who heads the Minnesota Business Partnership, says reform — no matter how reasonable it seems on paper — typically will lead to pushback.

The one reform that likely will pass, with bipartisan support, is placing a sales tax on Internet retailers. That idea is supported by the big-box stores and small, Main Street businesses as well. Why, bricks-and-mortar retailers wonder, should outfits such as Amazon have a 6.5 percent tax advantage?

There was a push last April for the tax, which is supported by the state Chamber and the Business Partnership,   but it was stymied by hard-line GOP legislators who saw it as a tax increase, rather than a tax fairness issue.

“It will pass this year,” predicted Weaver.

But the result, in the short term, will yield only about $5 million to the state. That’s hardly a fix to the budget issues, but it’s one area where you can expect some bipartisan agreement.

After that, though, all forms of tax “reform” get dicey, Weaver said.

Many in the business community find such reforms as expanding the sales tax “interesting.”

But how do you do that without offending major blocks of people?

If you expand the sales tax to cover clothes, for example, a combination of interests ranging from the Mall of America to advocates of the poor will cry foul, Weaver said.

If you expand the sales tax to include food, progressives across the state will turn red with rage.

So what about services?  Who would protest if sales taxes were applied to services rendered by lawyers and accountants and advertising agencies?

Weaver would, saying that would be “a job killer … Suddenly that work would be done in another state.”

The way Weaver sees it, there’s only one service group that could be hit with a sales tax with only minimal negative response.

“Tattoo artists,’’ he said. “I don’t think tattoo artists are organized enough to fight back — too much.”

A focus on a few priorities

All of this merely shows how difficult a task lies ahead for the DFL.

But it doesn’t mean that there can’t be progress made in solving the state’s perpetual budget mess and moving forward on some other favorite DFL projects, such as light rail.

One of the keys, however, will be keeping focused on a few high priorities.

Dibble heads the Senate’s Transportation and Public Safety Committee.  He also still is coming down from the high of being a leader in the fight to reject the marriage amendment.

Will the legalization of gay marriage be an issue in this session?

“Better sooner than later,” said Dibble, which presumably means there will be a bill this session that would legalize gay marriage.

Yet, at the same time, Dibble understands what the Republicans did to themselves by bringing forward controversial issues at a time when they claimed the economy was the No. 1 issue.

“I don’t want marriage to be the issue that ate the session,” said Dibble. “I don’t want it to be like the Vikings stadium. Every time there’d be a news conference, the questions would end up being about the stadium.”

Between a bonding bill and normal transportation revenues, Dibble does believe that his committee can move the stalled light-rail project forward. That will require labor, local governments and business leaders to all get on board, he said.

Dibble also believes that such issues as light rail and, of course, education tie directly to DFL vows to focus on the budget and the economy.

“We have to turn around the dis-investment in the state that we had with Pawlenty and the Republicans,’’ Dibble said.  “We must invest now, or we pay later.”

But invest with what?

The governor wants to “tax the rich.” Most of the DFL progressives easily buy into that plan. It remains to be seen how the new batch of DFL moderates, many who come from prosperous suburbs, feel about a new income tax tier.

The unanimity of DFL legislators will almost certainly disappear quickly once the session begins. DFLers are far more philosophically diverse than the Republicans were.

Northern-tier DFLers, for example, have a vastly different world view than many of their tree-hugging metro peers.

Sundin, the new guy from Esko, put it this way: “We are not the backyard for Minneapolis.”

Soon enough, the only thing that most pols will agree on is that tattoo artists should be taxed.