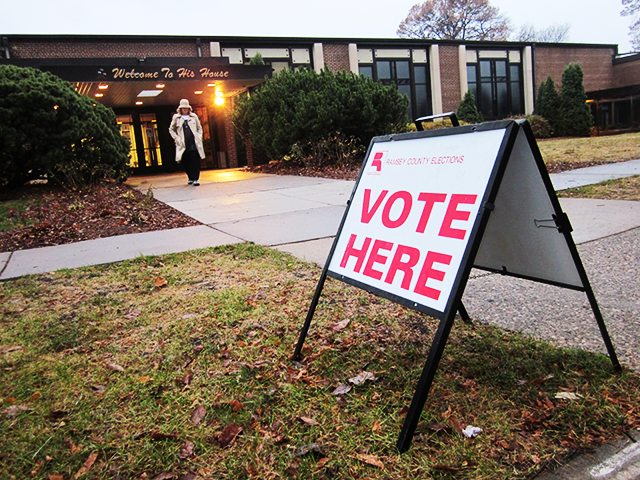 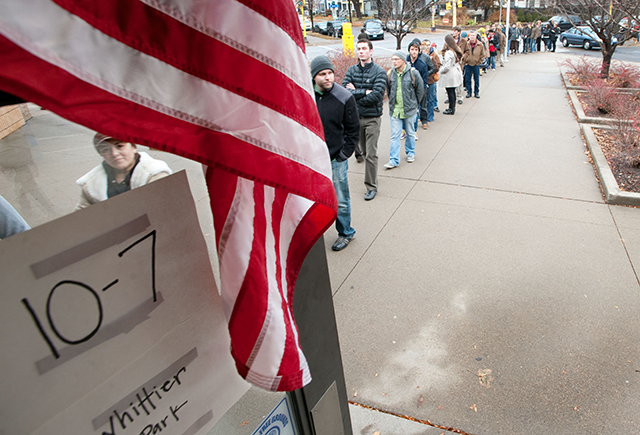 MinnPost photo by Craig LassigThe line outside the Whittier Park polling place in Minneapolis at 9:44 am. 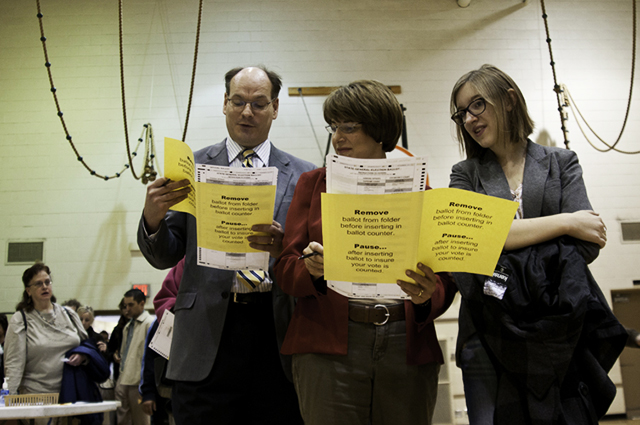 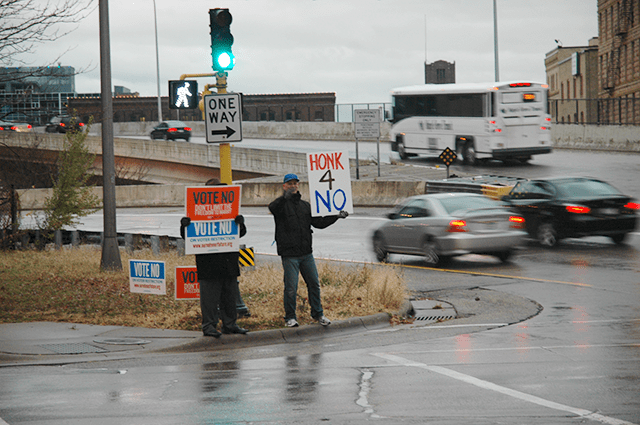 MinnPost photo by Karl Pearson-Cater“Vote No” advocates campaign at the entrance to the I-394 ramp on the edge of downtown Minneapolis. 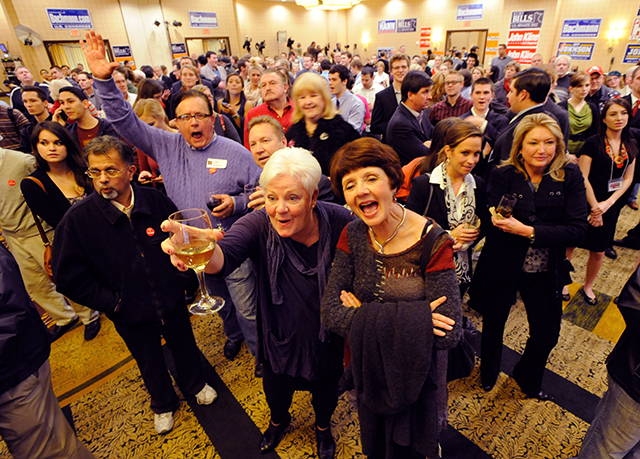 MinnPost photo by Craig LassigPat Buffham, left with wine glass, and Carol Sutton, right, both of Minnetonka, watch the early returns at the Republican Party of Minnesota election-night party in Bloomington. 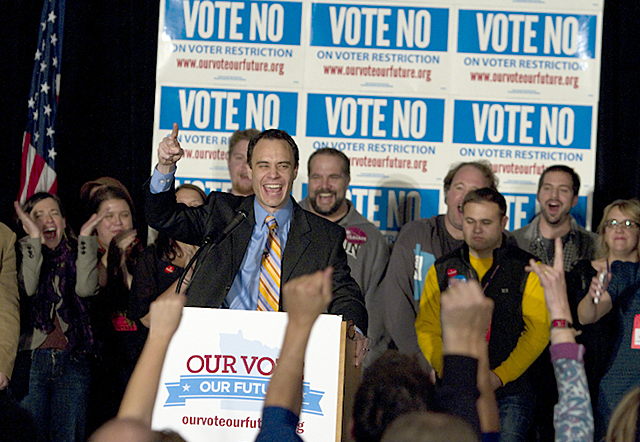 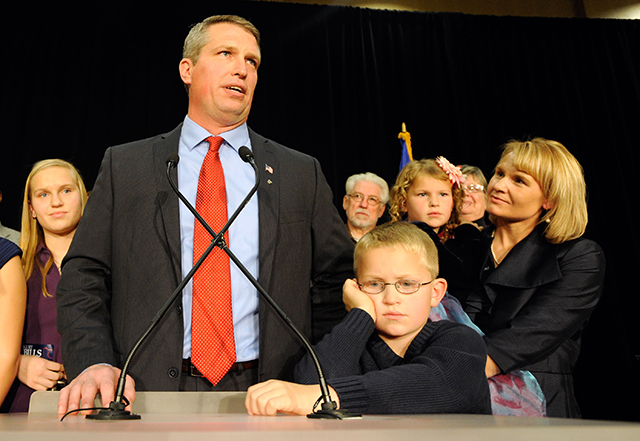 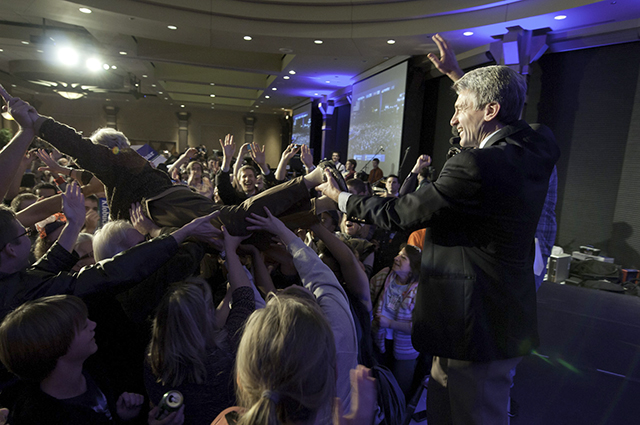 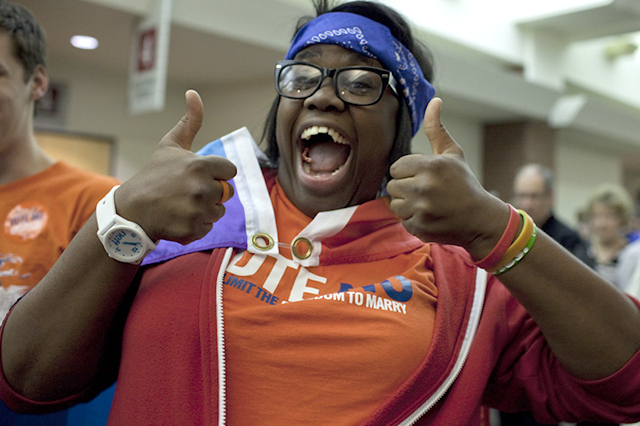 MinnPost photo by Terry GydesenOpponents of the proposed marriage amendment celebrates at a gathering at River Centre in St. Paul. 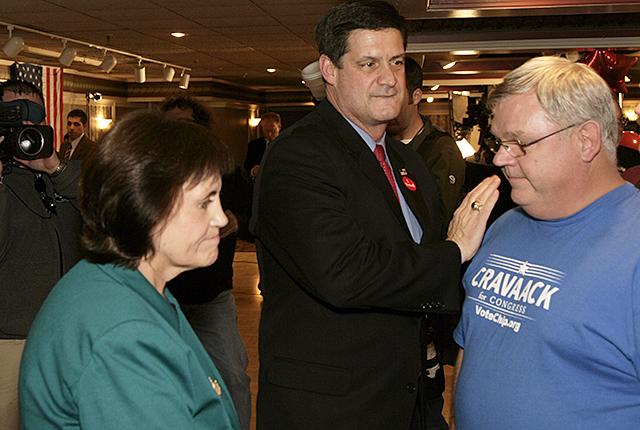 MinnPost photo by Paul WalshRep. Chip Cravaack meets with supporters after his concession speech at a party in Hinckley. 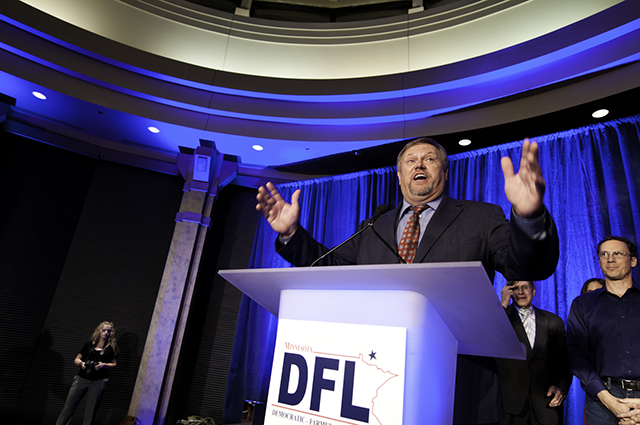 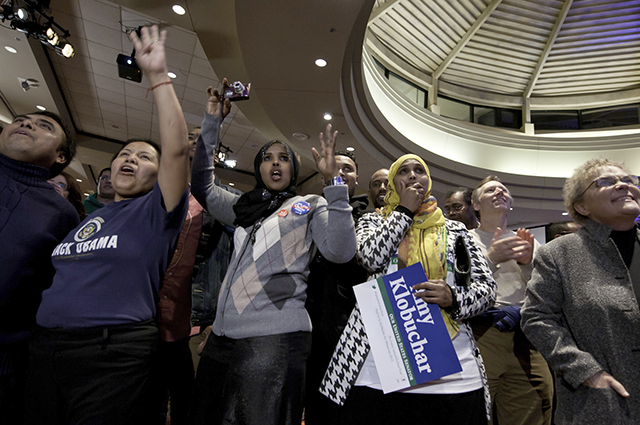 MinnPost photo by Bill KelleyCheers erupt at the DFL party as President Obama is declared the winner of the presidential race.

Images from Election Day 2012 in Minnesota