In the final moments of Tuesday night’s vote-no rallies at St. Paul’s River Centre, state Sen. John Marty stood, neat as a pin and looking a little verklempt, at one side of the stage where the campaign to defeat a proposed constitutional amendment banning same-sex marriage would soon announce victory.

Ever impervious to jokes about his wide-eyed idealism, the Roseville DFLer began introducing legislation to allow gay marriage back in 2008, when his chances of success were right up there with moon colonization. Was Marty, along with the hundreds in attendance at the Minnesotans United for All Families event, literally watching the tide turn?

It’s inarguable that 2012 and 2013 will turn out to be watershed years in the push for same-sex marriage. The U.S. Supreme Court is likely to hear at least one case on the issue in early 2013. And with DFLers in control of the Minnesota House of Representatives, Senate and governor’s office next year, Marty stands his best chance yet.

Why? A combination of strategy, legal precedent and — perhaps most important — the passage of evolution-facilitating time.

“Minnesota in particular, even more than the other states, is proof the tide has turned,” said Dale Carpenter, a University of Minnesota law professor and Minnesotans United board member. “We are the most devout of the four. We are in the Midwest, not some liberal, coastal state. We’re blue on many things, but red on many social issues.” 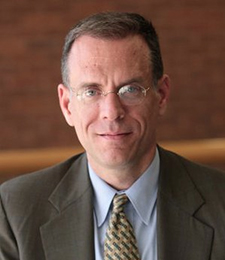 Plus the polls, which historically have underreported support for same-sex marriage, were dead-on, he added, suggesting that marriage-rights advocates can also trust several years of surveys showing a steady swing in popular opinion among most American demographic groups.

When the federal Defense of Marriage Act (DOMA) was passed in 1996, just 25 percent of Americans believed gays and lesbians should be allowed to marry. Indeed, the late Sen. Paul Wellstone voted in favor of the law, which prohibits same-sex couples from receiving federal benefits and says states do not have to recognize gay marriages performed elsewhere.

A dozen years later, 52 percent of California voters approved Prop 8, a constitutional amendment overturning a court decision legalizing same-sex marriage there. Support for gay and lesbian unions has grown steadily throughout the country since, in part because younger voters are more likely to view gay rights as a non-issue.

“Just as the youth vote once again helped Obama win, they also played a significant role in these referenda votes,” said Ed Schiappa, chair of the University of Minnesota Communications Department and an expert on messaging and the history of same-sex marriage campaigns. 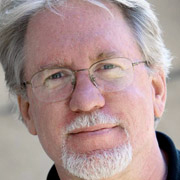 Opponents still comprise the majority of voters in a number of states, Schiappa cautioned. “Let’s not forget the lopsided North Carolina vote from a few months ago,” he said. “These votes were all in blue states, above the Bible Belt, with good turnout among young people. Hold a vote in Mississippi or Alabama and it would be like voting on interracial marriage in the 1960s.”

In May, North Carolinians voted overwhelmingly to pass a constitutional amendment banning legal recognition of any relationship that was not the marriage of a man and a woman. Possibly in response, days later Obama came out in support of same-sex marriage. His “evolution” is credited with boosting support among undecideds.

The path ahead: legislative or judicial?

So will proponents’ path forward be legislative or judicial — or both? Tuesday’s votes make it slightly less likely that the U.S. Supreme Court will decide it wants the final say on Prop 8, Carpenter opined, adding that because the decision affects 40 million people he thinks the needed four justices will vote to review it.

Right now, that constitutional amendment has been overturned by a federal court of appeals. If the high court does not hear the case, same-sex marriage will again be legal in California and the case will have no impact on the rest of the country. If they do hear it, it’s the “most obvious vehicle” for a legal decision roundly endorsing or rejecting a universal right to marriage, Carpenter said.

Because of the multiple appellate decisions meriting review, the high court will almost certainly hear one or more of the challenges to the federal DOMA, he added. Although a victory for gay-rights supporters there could very likely mean marriage rights would still be a state-by-state proposition.

“I think it’s very hard to say whether and how much [the election] affects the Supreme Court’s decisions,” he said. “Although I do think the outcome makes DOMA look even dumber. It highlights the instability of having a patchwork of marriage recognition around the country.”

If Minnesotans are left to decide the question via their newly reconfigured Legislature, there are definite signs the tide has turned. For starters, noted Schiappa, the arguments that allowing same-sex unions will have negative consequences failed Tuesday.

“The arguments made by opponents of same-sex marriage this fall — especially close to the election — were precisely the same ones made in state after state before these: Kids will be exposed to homosexuality in school, churches will be threatened, etc.,” he said. “But this time these arguments failed to persuade a majority, suggesting a growing number of voters simply found them unpersuasive or implausible.”

And Minnesotans United played a much better ground game, he said.

“We know that in 2008, California supporters of same-sex marriage relied too much on TV advertising and not enough [on] door knocking and community organizing,” Schiappa added. “It was especially important and noteworthy that advocates involved more religious leaders and churches in support of same-sex marriage, thus allowing people who see themselves as religious to still vote in favor of same-sex marriage.”

Carpenter concurred. “I think we used to lose these elections because there was an intensity gap,” he said. “We never raised $500,000 in this state for anything gay.”

Not only did the vote-no coalition raise some $15 million, it assembled an unprecedented infrastructure. “We created an organized, structured political movement yesterday with a donor list of 65,000-plus names and lots of data about voting in every legislative district in the state,” Carpenter said.

Same-sex marriage: ‘Minnesota, in particular … is proof the tide has turned’