Part 4 in a series 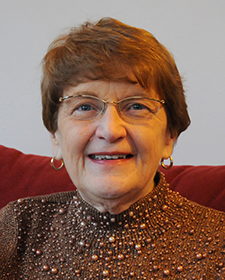 Myrna Nelson is a leader with a “core team” at the Lutheran Church of the Redeemer in St. Paul. She volunteered against the voting amendment as part of ISAIAH, a coalition of religious groups that worked — successfully — to stop what they referred to as the “voter restriction” amendment. Nelson hosted an Election Night party for her team and congregation members at her condo overlooking downtown St. Paul. Her memories of the night and the campaign:

The party was about seven or eight people. Some of them [organizing] team members, some of them members from my church. I wore probably something red, white and blue. We had hors d’oeuvres — no drinks, just hors d’oeuvres.

It’s really unusual. Sometimes when I’ve been involved in campaigns and so forth, partisan and non-partisan, I’ve been nervous and anxious, but that morning I woke up and felt confident that Voter ID would be defeated. I just felt confident. So, when they announced it — we were with friends — I was like, “Yes! Justice prevails.”

I consider myself a ‘justice junkie,’ and there are two concepts that I try to live by. One of them is the Old Testament scripture of justice and righteousness. And to me, righteousness is being in the right relationship with God, but also being in the right relationship with the rest of God’s family, and justice. When I grew up saying the Pledge of Allegiance to the flag, it was always ‘justice for all.’

So, to me, the concept of justice for all God’s creation and creatures is so important. It’s my values. It’s my passion. And I just saw that amendment as taking away the human dignity of a person, and a constitutional amendment that would take away someone’s rights, instead of give them rights, just violated everything I really felt.

We were just all sitting in a chair or on the sofa and we all jumped to our feet, and said, “Yes!” and high-fived people [when the amendment was defeated].

Monday: “Locked out by Crystal Sugar: ‘I’ve lived here all my life. I don’t want to pack up and move’ “

Voting amendment defeat: ‘When they announced it, I was like, Yes! Justice prevails’