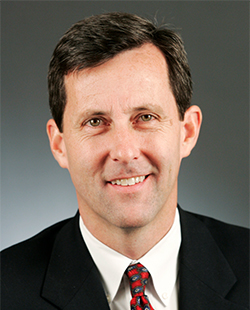 Four months after the November elections, Minnesota Republican activists and leaders are no closer to identifying a strategy to turn around the party’s fortunes, but they are nearer to choosing a new party chair — the person who may determine if the party has a future.

From a one-time field of six candidates who wanted to replace Chair Pat Shortridge, the list has distilled to two front runners: former state Rep. Keith Downey from Edina and Bill Paulsen, a Ron Paul supporter from Rice County who was a delegate to last year’s national Republican convention. Bonn Clayton from Carver County and Don Allen from Minneapolis have also mounted campaigns.

The meeting has the earmarks of another showdown between the party’s “liberty” or libertarian wing and traditional activists, many of whom are staunch social conservatives.

But there are also indications that the factions that formed after the party revealed its $2 million debt two years ago are ready for a pragmatic approach to ensure that Republicans have a hand to play in the 2014 elections. The positioning of Downey and Paulsen, both of whom are running credible statewide campaigns, shows them playing toward a middle.

“They are concerned about the party finances, can the party win elections, and concerns that we have a grass roots party,” said Paulsen of the delegates he has met around the state.

Paulsen pitches directly to the Ron Paul activists who support him. Grass roots and states’ rights are the first points he makes on his campaign website. Paulsen says he and his supporters fear the party will abandon its current caucus system and go to a primary system for electing Republican nominees. 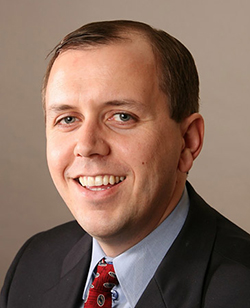 Downey carries his plan for the party on his iPad. He calls for redesign of the state party operations and improving fundraising and messaging. New coalitions are important for Downey, who supports moving state primary elections to June.

“I think people are ready to put November behind them and look forward,” Downey said of last year’s election drubbing of GOP candidates in Minnesota. “People are ready to believe in the party again and have confidence in what we stand for.”

When delegates meet on April 6, Paulsen will have an edge if Ron Paul activists made good on their promise to participate in local caucuses. Still, Downey’s strength is outstate and, as a supporter of Kurt Bills’ U.S. Senate candidacy, he does have some support in the liberty wing of the party.

Pat Anderson , former Republican national committeewoman and former state auditor, wonders why anyone would even want the job. “The party chair’s job is going to be all about raising money,” she said. “And that assumes the party is still functioning.”

Anderson’s name continues to bob up as a possible candidate for the post.  In the conspiracy-theory world of inside political players, some activists suggest Paulsen is a stalking horse who will drop out if Anderson agrees to step in.

Anderson laid the theory to rest. “Zero chance,” she said. “I’ve said no to everybody.”

“The situation doesn’t exist in a vacuum,” Paulsen said. “We have other states that faced this and have been able to turn the situation around.”

And even though their party earned headlines like “The disastrous Minnesota GOP” in Politico and “Minnesota GOP even worse than we thought” from the Daily Kos, Paulsen and Downey say they believe their own brand of leadership will lead to a turnaround.

According to Downey, “There isn’t a single political entity that doesn’t have to reinvent itself.”